School's out in Detroit

We’re all familiar with the photographs that have been coming out of Detroit for the last few years; images of run down buildings, dusty theatres, corridors with the plaster peeling off. But what of the life that went on before the buildings fell into disrepair? A set of photos from Detroiturbex.com saw a lot of attention on the social news site Reddit over the weekend. They show just how eerie it can be when before mixes with after. 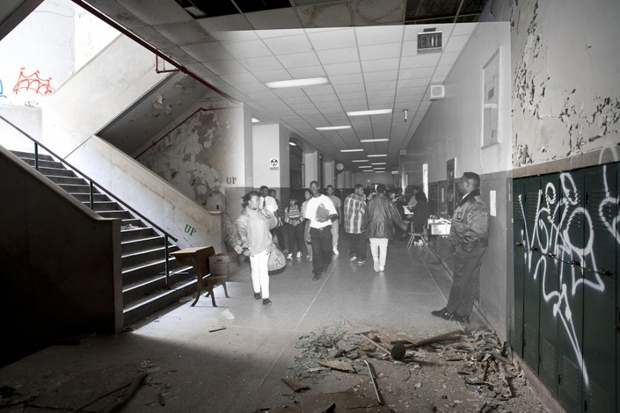 Photographs taken in 2011 are juxtaposed with personal snaps taken by students and teachers at Cass Technical High School. Students pose for pictures with their friends in brightly coloured hallways while around them plaster is peeling and of papers and rubbish are strewn over the floor. Elesewhere, a basketball game goes on even though the spring wooden floor is buckled by water damage and perhaps most spookily members of a marching band play down the aisles of an auditorium in which half the seats are broken, dusty and empty. 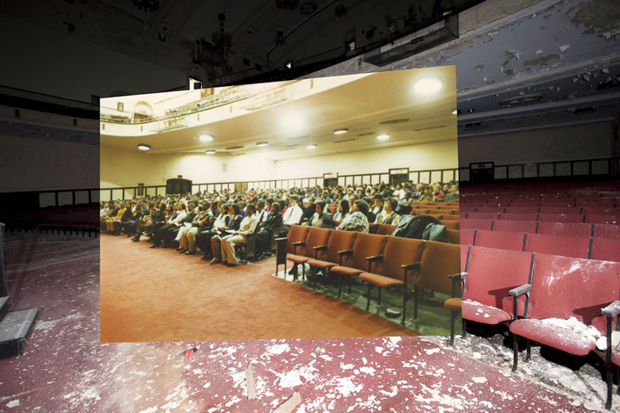 The twist to the story is that the school which had been open since 1917 didn’t fall into disrepair because of people deserting the area, as so many photographs of Detroit imply. Instead, the school and all its staff and pupils actually moved to a state of the art building designed by TMP Architecture just across the road in 2005. The 404,000sq feet school now houses 2,200 students and features two media suites, fitness areas and common areas filled with natural light. The original Cass Technical High School was demolished earlier this year to make way for the new school’s baseball field. 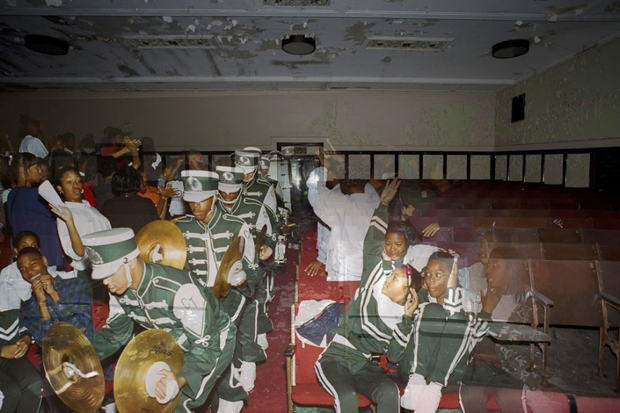