Forget the jet pack the Levitation bike is here

Now you can multi-task as you pedal via Levitation, a concept bike designed by architect Michael Strain that not only powers your smart phone but also acts as a mobile hot-spot with unlimited wi-fi access. The bike, designed for a competition, features an on-board generator and a battery that stores the power generated while cycling. This can then be used to charge small gadgets via the USB port on the bike’s handlebars or if you’re super active, by sending it into your home’s power supply via a drain cable that allows the user to plug energy back into the grid.

Strain’s not the first to think of harnessing kinetic energy to charge gadgets. Australian company Pedal Power has something similar on the market but this bike has a few more gadgets on its  handlebars, namely a touchscreen LED display that lets you know how far you’ve traveled and how much energy you’ve generated. The bike is also equipped with a mobile Wi-Fi hotspot that delivers unlimited internet access – so you can surf and ride at the same time. 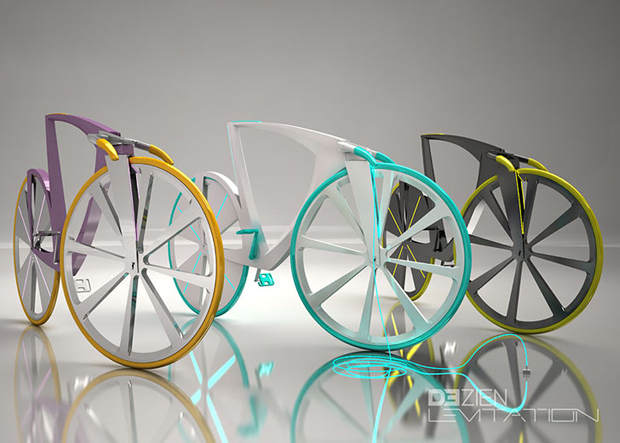 The bike helps you move from A to B too. Strain’s design uses magnetic levitation and kinetic energy to lift the off the ground and decrease wind resistance and absorb the impact from stones and bumps (and by the look of that 'saddle' it could do with it). The impetus of the bike generates power and elevates the front and back wheels, connected only by the power of the magnets. When it slows the bike rolls on the street like any conventional bike. Designed to be made from moldable, completely non-porous and easy to fabricate Hi-Mac material, it could be rapid prototyped and custom made. For more green solutions to everyday design problems check out our wonderful (but sadly non-levitating) book Vitamin Green. 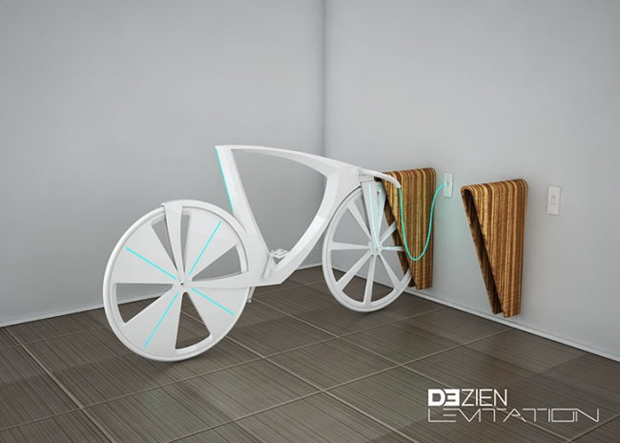