Will this sci-fi city get off the ground?

The architects at Asymptote in New York have vivid imaginations. They have a host of unbuilt, out-of-this-world schemes to their name, but some equally outlandish ones that are actually realised.

Who would have thought, for example, that their Yas Viceroy Hotel in Abu Dhabi - two 300m-long elliptical blocks each ten storeys high, one being a land-based structure and the other located in the water - would ever get off the drawing board?

So it could be that their masterplan for an ‘eco tech city’ in China becomes reality too. The Changsha Eco Tech City scheme in Hunan Province is “a 21st century vision for a new urban centre that brings together living, working and recreation with nature”, says Asymptote, which was founded in 1989 by Hani Rashid and Lise Anne Couture. 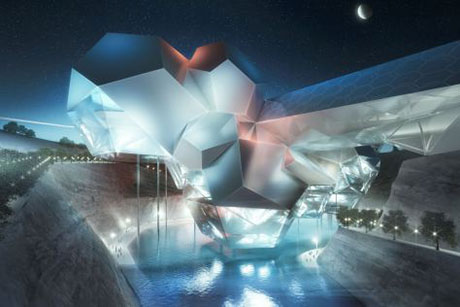 This is not the first such proposal for China, though such endeavours are notoriously hard to get off the ground, particularly when they commit themselves to being vehicle-free (Dongtan Eco-City, designed by Arup, for one seems to have stalled).

Asymptote rightly concedes that cars are popular in China, so as well as a metro system, a Local Rapid Transit and a Personal Rapid Transit which are intended as the main forms of transport, there will be a few conventional roads. Meanwhile goods and services will be moved around via an underground robotics automated network. 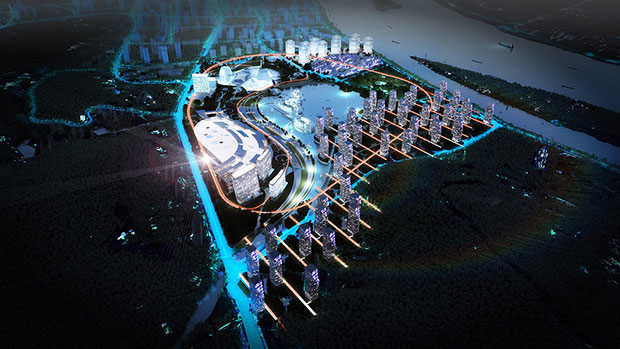 The highlight will be the Crystal World resort “where the architecture is suspended over the existing quarry, leaving the natural topography virtually untouched”, says Asymptote.

“The overall effect is a thoroughly contemporary model for a 21st century city where high performance and technologically advanced architecture and infrastructure are inextricably linked,” they conclude. Dongtan came a cropper when it became unclear who was going to foot the bill. Let’s hope this scheme doesn’t have the same problems. Check out Asymptote's practice page in the Phaidon Atlas and sign up for a free trial here.