As if we need to be reminded, Berlin is choc-a-bloc with young design talent. One such resident is Daniel Lorch, who finds himself pioneering a new way of lighting. Lorch went along to one of Philips’ free monthly workshops, to get a handle on OLEDs.

OLEDs are super-skinny layers of organic molecules which give out light when they’re activated by an electric current. Their soft glow is about as close to daylight as you can get without going outside, and they can be bent into a multitude of shapes. Fabulous technology, but many manufacturers – Philips among them – have struggled to translate this into a commercial product.

After the workshop, Lorch was clearly inspired. “He came back to us with a clever design for a lamp with OLEDs,” says Dietmas Thomas at Philips. “He wanted to know if this concept would work with the new technology.” 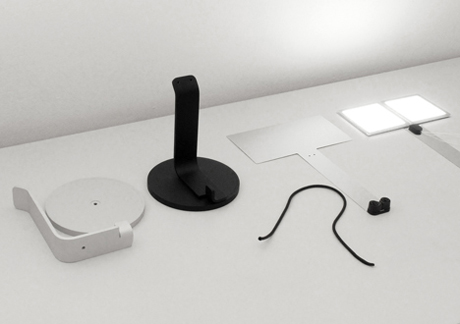 Hey presto Moorea, the company’s first OLED desk lamp, designed by Lorch. Its shape, he says, references those classic brass and green glass lamps that stand on lawyers’ desks in many a film noir. It looks simple, with the base connected to a brace of OLED panels and a black cord running up its neck which allows to user to change the direction of the light. Philips hope to have Moorea on the market by the middle of this year (2013). 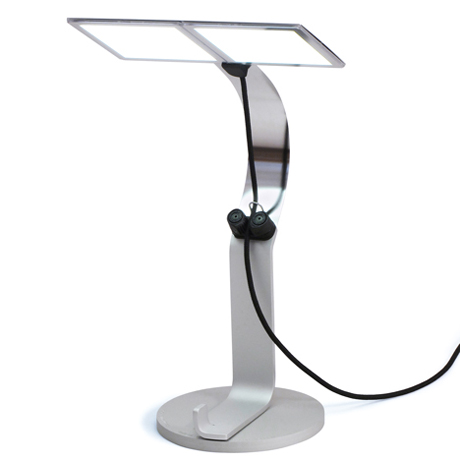 It’s a tough world out there for lighting manufacturers, who forever seem to be reinventing the wheel. While some ‘innovations’ seem somewhat superfluous, with its architect-and-designer-friendly looks and genuine technological breakthrough, Moorea may have a better chance than many of making a place for itself in a crowded market. For more examples of great green technology and innovation check out our book, Vitamin Green.