The fire station in the mountain

With a sleek black facade set into a remote mountain side emblazoned with an eagle crest, you’d be forgiven for thinking the ominous-looking building in the South Tryolean town of Margreid was a James Bond set. It certainly resembles something Sir Ken Adam, the set designer responsible for Dr No.’s Subterranean bunker and the atmospheric Pentagon War Room in Dr. Strangelove, might have come up with. It is, in fact, a fire station designed by Italian architects Bergmeister Wolf. The architects were approached in 2010 to build a fire station in a cliff of sheer rock. The reason such a challenging spot was chosen was to conserve the small amount of arable land in the area. “The building could have been placed on a normal lot,” explained the architects, “but the community decided to build the fire station into the rock, saving valuable land for use as agriculture.” 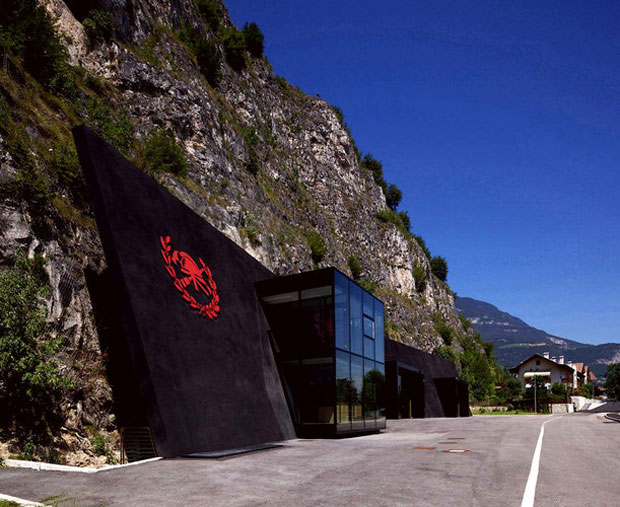 The architects blasted into the cliff face, enlarging three existing caverns and connecting them with smaller tunnels. Two of the tunnels are garages and the third houses the administrative offices - a glass box jutting out from the rock. Inside, the walls are granite, with tunnels coated with black concrete to protect workers from falling rocks. Black was chosen to evoke the look of burnt wood and was achieved by mixing Beech coal dust with aggregate. 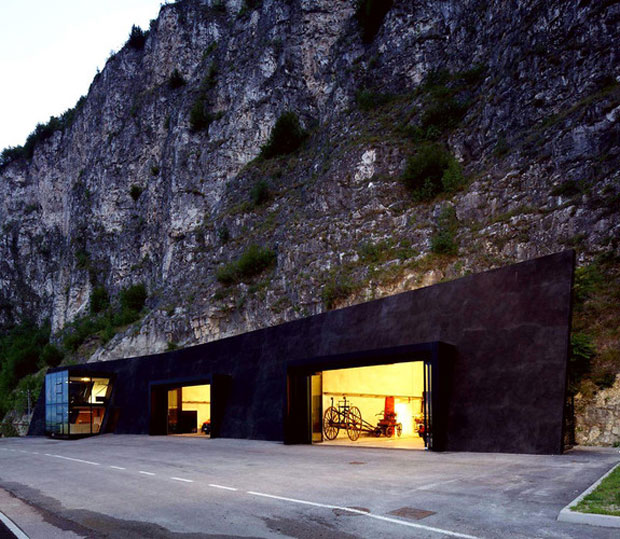 One of the unexpected benefits of building into a mountain was that it provided its own heating system. The ground mass stays warm in the winter with an average temperature of around 55 degrees. As a result, only one out of the three caverns has to be traditionally insulated. 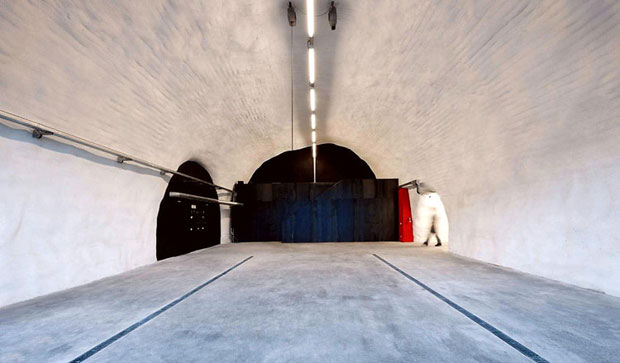 For more stories of innovative green design and how architects have harnessed the local environment to produce sustainable buildings, check out Vitamin Green.