New city proposed on banks of the Ganges

In countries which still have a bit of empty space but whose population is mushrooming, building whole new cities seems like a good solution. China is onto this, big time, with KPF’s Meixi Lake conurbation being only the latest in a string of such proposals.

India also needs more housing, so Studio Symbiosis, whose HQ is in Delhi, has come up with a scheme in Kanpur, on the shores of the Ganges. Its Trans Ganga masterplan covers 1156 acres and is a futuristic-looking development of regimented rectilinear towers on the riverbanks, which at 100-140m high would deprive the low-rise buildings behind of any chance of a river view. 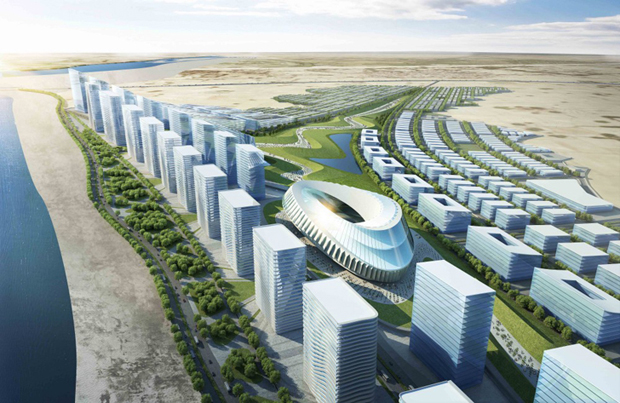 That aside, there’s a strip of green land between the two building types, which the architects say will act as ‘breathing lungs for the city’. Because the Trans Ganga is intended to be a sustainable city, there are promised plenty of green roofs, earth cooling, solar panels, waste management and the like.

Between the riverside blocks and the low level buildings sits an oval, partially open ‘auto expo’, which will house Auto Mart and Auto Expo – though no details are revealed as to what these two entail.

The Trans Ganga might not yet suggest itself as the most welcoming - or convenient - place to live. But it’s early days for the proposal, and it could turn out to be every bit as groundbreaking as the many and varied sustainable projects in our Vitamin Green book. 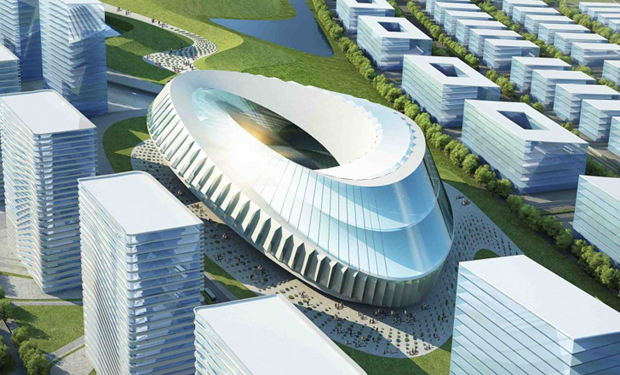