Swifts get their own luxury condo in Poland

Here in the UK we're seemingly no nearer to agreeing on the roll out of a new pylon design, despite a competition towards the end of last year being won by Danish firm Bystrup with its rather pleasing T-Pylon creation.

And although the new Warsaw design above looks like a futuristic pylon, it’s actually a nesting place for swifts. It’s the work of Menthol Architects, set up in 2005 and run out of Katowice and Dublin by 30-something duo Liliana Krzycka and Rafal Pieszko. 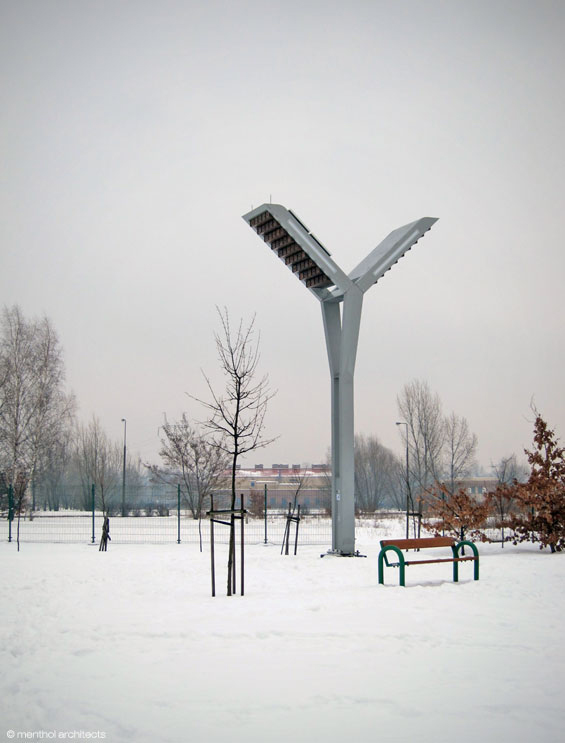 The thinking behind the structure (that could sit well in Vitamin Green our book on sustainable architecture and design) is that the European swift population is on the decline, largely because modern buildings with their ever-improving insulation, have fewer nooks and crannies for them to make their nests. That is unless they nest in the Polish capital's Odkryta Street park. 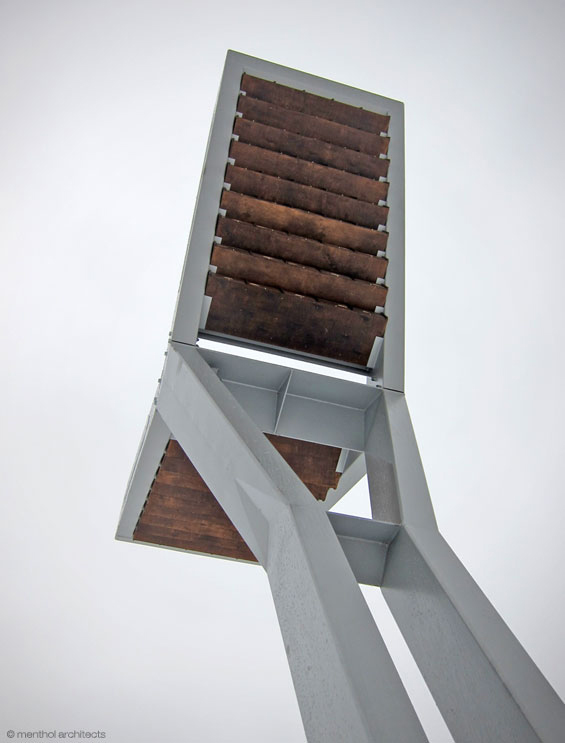 The architects liken the 8m-tall tower to "the silhouette of the flying swift", with the underside of the wings holding rows of swift-friendly wooden nesting areas. Under these wings a solar-powered speaker has been installed, which beckons the birds by playing the swift’s call at specific times of the day and year. Once the first occupants have moved in, the speaker will be switched off or moved to another tower. 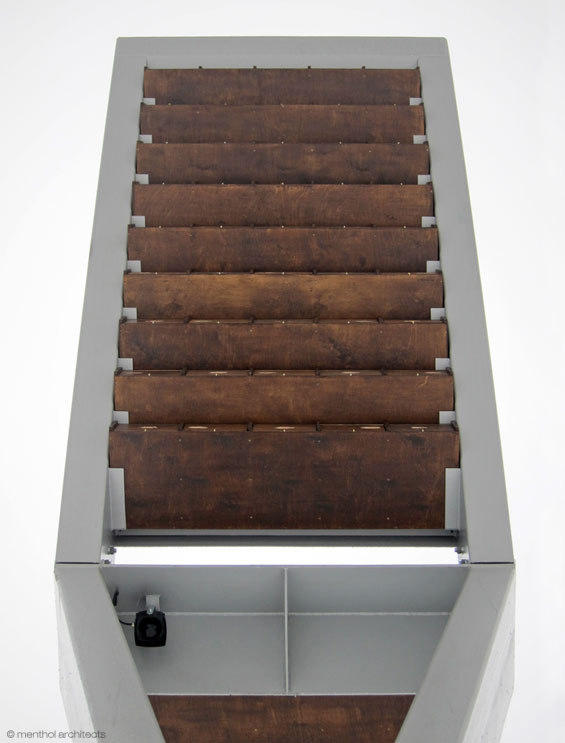 It was initiated by local councillors and STOP (Warsaw’s society for the protection of birds). “We hope that this type of eco-friendly initiative, will spread the interest in the subject of swifts, their protection and useful role in our environment,” say Krzycka and Pieszko. Because swifts, it seems, are actually pretty effective pest controllers. Menthol describes them as “a natural weapon against mosquitoes and biting flies. During the day, a pair of swifts can eat up to 20,000 of these troublesome insects.”

But does the tower actually work? Neither Menthol nor its supporters will know until spring time, when swifts are traditionally on the hunt for a new nesting place.