In 1997, Henning Larsen designed a 40-storey tower block on the Stockholm island of Södermalm, which was eventually built with just 26 floors. Little could the architects have known that it would be ripe for an environmentally-friendly retrofit.

Local firm Belatchew wants to add the missing 14 floors to Söder Torn (South Tower) and turn it into an energy farm. The plan involves piezoelectric technology, whereby millions of “thin straws can produce electricity merely through small movements generated by the wind” - meaning that it’s about turning motion into electrical energy. It's dubbing the proposal Strawscraper, and it’s the brainchild of the architects' new off-shoot, the experimental studio Belatchew Labs.

This energy-producing shell would transform the building into an urban power plant. "Piezoelectricity has certain advantages over the usual wind turbine," according to Belatchew’s founder Rahel Belatchew Lerdell. "It’s a lot quieter, for a start, and as the straws are so light, the merest whiff of a breeze can be converted into power." Nor would it play havoc with bird life in the same way as those pesky blades, we imagine. 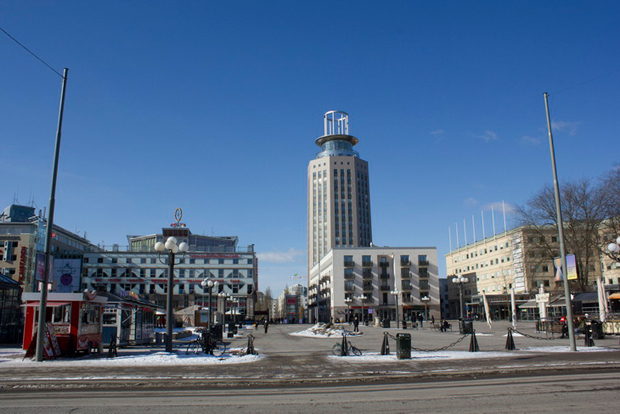 This may come as a surprise to the residents of Stockholm, but it’s totally in keeping with Belatchew’s mission. “We follow the global development on sustainablility and consider it our mission to integrate sustainable solutions in all our projects,” it says. It's the sort of scheme that would not be out of place in Vitamin Green - Phaidon's great book of sustainable architecture and design.

As well as producing energy, the building would become an aesthetic asset, the architects believe. “What is usually considered to be the most static of all things, the building, suddenly comes alive and the construction gives the impression of a body that is breathing. The straws swaying in the wind give the building a constantly changing facade further reinforced at night time with lighting in changing colours.”