The only way is up

Residential development outside town centres tends to involve sprawling bungalows, or at best two-storey villas on their own generous plots of land. But Dutch architect Hans van Heeswijk has spurned that scenario for his increasingly crowded homeland, after a brief tour of one of the worst perpetrators of low-rise detached houses, the US.

His idea was to create a prefabricated house that went up instead of along. Each of the five floors houses a different function: eating, sleeping, lounging, working, socialising. Being prefab and modular, more levels can be added, or existing ones removed, as the occupants’ needs change.

“The way in which the different functions or different floors are stacked differs per dwelling, which also diversifies the urban scheme,” says van Heeswijk. 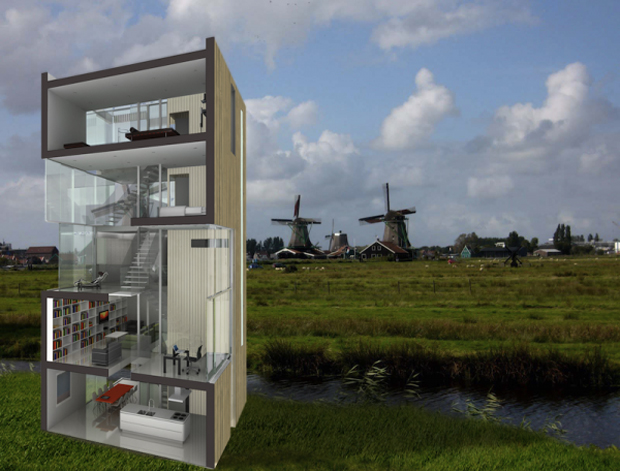 Rather erroneously, he has dubbed his creation the Meandering Tower. Erroneously becasue rather than meandering it’s actually a rigid vertical structure. “Because of their height, they have a nice orientation and with their compact footprint, the urban ensemble continues to stay airy,” the architect explains.

Five floors with no lift may seem like a tall order for some, but in times of increasing health issues connected with inactivity, there is an arm of the architecture community which is lobbying for activity to be designed into our homes and environments. 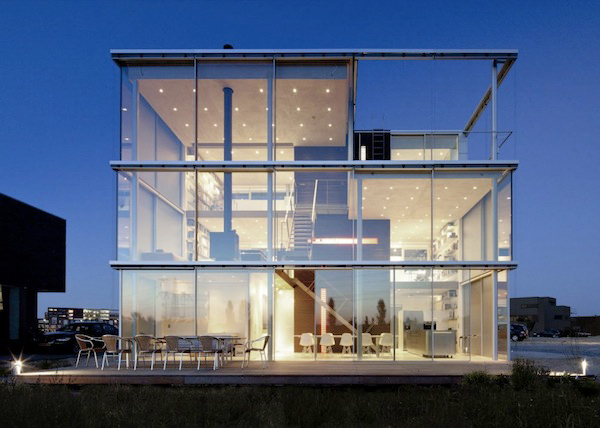 The architect's own Heeswijk House

And there’s many a Victorian townhouse in London that may have started life as a three-storey building, but has since had its loft converted and a basement dug out. So the Meandering House would already feel like home to some urbanites. It’s only at concept stage, but if it were executed on a grand scale, it could contribute to the changing face of suburbia. For more examples of innovative sustainable architecture take a flick through Vitamin Green, our new book on the subject.