If all goes to plan, the 2.6m people of the Taiwanese city of Taichung could be proud owners of their own piece of Möbius strip-inspired architecture. Belgian architect Vincent Callebaut is proposing an ‘infinite loop’ for the city’s dramatic new cultural centre, fine arts museum and public library.

Paris-based Callebaut calls his scheme the Swallow’s Nest, and has designed it as a series of isosceles triangles, which rotate around an ellipse. The architect explains it as “the simple repetition of a standardised section that turns 80 times clockwise by 4.5 degrees to make a full revolution of 360 degrees around a huge central patio”. He was inspired by nature, and says the design “seems to grow harmoniously - such as a plant from the earth to the sky”. 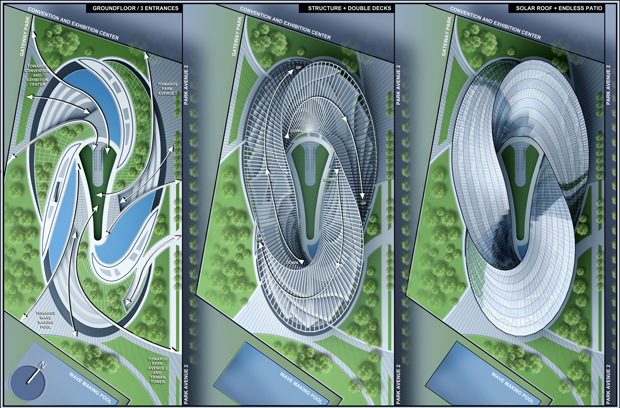 Inside the three triangles – which are raised off the ground - are huge vaulted spaces where exhibitions would be put on. Meanwhile the ground floor would be given over to a vast aquatic and floral garden. The centre would sit at the mouth of Taichung’s new Gateway Park, which is being created on the site of the city’s old airport.

Of course, Callebaut is not the first designer to play with the Möbius idea. Universe Architecture in the Netherlands used a 3D printer to design a house based on a Möbius strip earlier this year. And Swallow’s Nest may be giving followers of Bjarke Ingels’ work at BIG a sense of déjà vu. Back in 2009, the Danish firm suggested an infinite loop concept for Astana National Library in Kazakhstan. 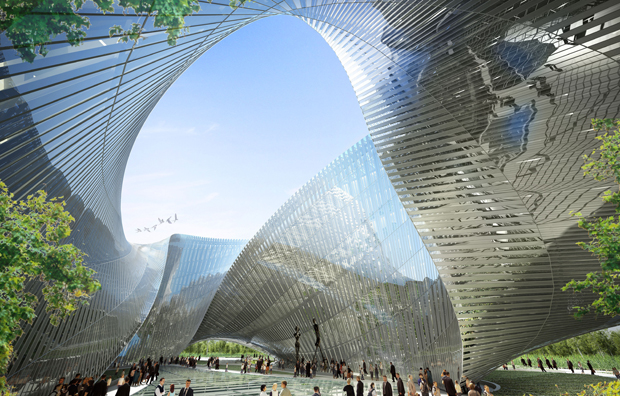 Regardless of that, Callebaut has a reputation for being the go-to man for a breath-taking concept. Like Asian Cairns, his housing concept for Shenzhen, China, which looks like precarious piles of randomly-shaped stones. If you'd like to go further, our book Vitamin Green is an excellent survey of the green and sustainable schemes that have occupied architects and designers in recent years.