It’s easy to feel cynical when the terms ‘eco’ and ‘resort’ are paired up. Is there a rural tourist attraction which doesn’t claim to be such a thing, these days? But sometimes, it’s worth putting one’s cynicism aside to bask in some low-key architectural jewels.

Portugal's northern region of Bornes de Aguiar boasts swathes of forestry, on the edge of which sits the spa town of Pedras Salgadas, or Salted Stones. In this woodland the architects Luis Rebelo de Andrade and Diogo Aguiar – who operate separate studios but have come together for this project - have designed seven cabins. 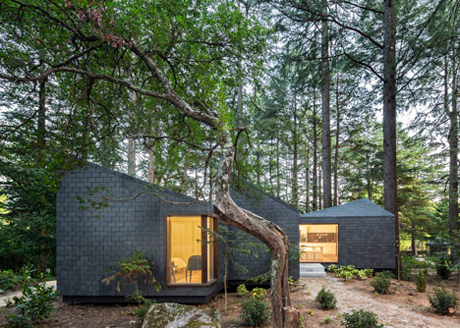 They’re intended as a rustic get-away for visitors to the spa. This was a huge responsibility for the duo, as the park is regarded as an area of significant natural beauty.

“Knowing that we had a responsibility to build tourist accommodation in one of the most beautiful parks in the country, we took maximum care to have a minimal effect on the local nature,” says Aguiar.

The architects’ solution was to inconspicuously scatter these small huts among the flora, rather than construct a bigger single dwelling, which could have become an eyesore and would have meant the removal of several trees. 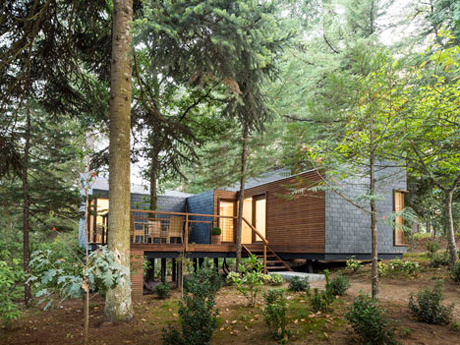 Or as Aguiar puts it: “We chose to build small and dispersed huts rather than do a large concentrated building, promoting more intimate relationships between the visitor and the park.”

They also managed to keep the cabins’ footprint to a minimum by putting them on stilts, which also made allowances for the uneven forest floor.

And a further consideration for the park is that each hut is formed of modules: a living room and kitchen, an entrance and bathroom, and a bedroom. “Once on site, the perfect house configurations were chosen by considering the available space between the trees, the landscape views and the entrance location,” said Aguiar. 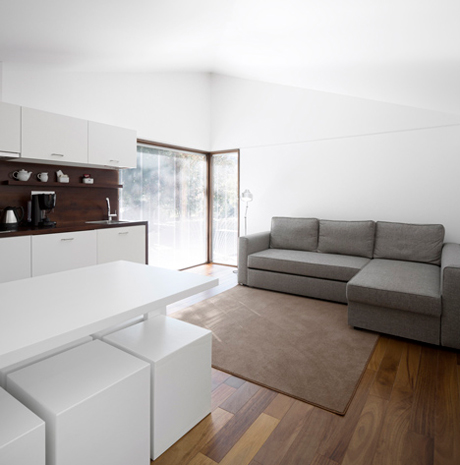 Each retreat is clad in grey slate tiles, which are part of the local vernacular. “The outer coating… is very interesting because of its pixel texture, but also because of the way it reacts to the weather; it reflects the sun in the evening and gets dark and shiny when it rains,” Aguiar adds.

It just shows how well-considered minimal interventions can make just as much of an impact as the conventional wow-factor approach. If you're a fan of this kind of sustainable architecture check out our book Vitamin Green which features over 100 buildings, landscapes and products nominated by an international roster of influential architects and designers, as well as critics, curators and writers. 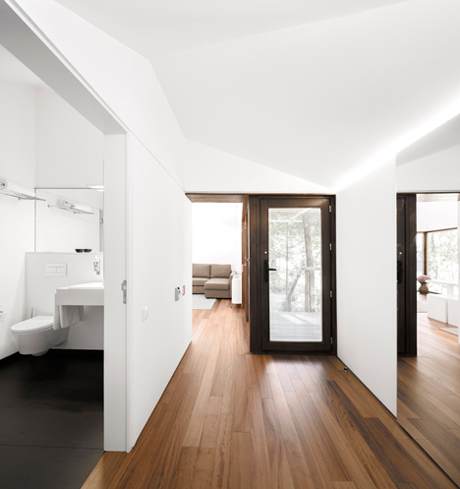