Vince Donovan from Chester County, Pennsylvania, is such a big fan of JRR Tolkien's make-believe world of Middle Earth that he's built his own Hobbit House.

Donovan commissioned local architects Archer & Buchanan to design the Tolkien-inspired abode. There was, of course, a huge risk that this could have ended up as some Disney-esque pastiche - as other such attempts (we're told) have done. But architect Peter Archer was keen to avoid such clichés. At the start of the project he apparently told his client "I'm not going to make this look like Hollywood." 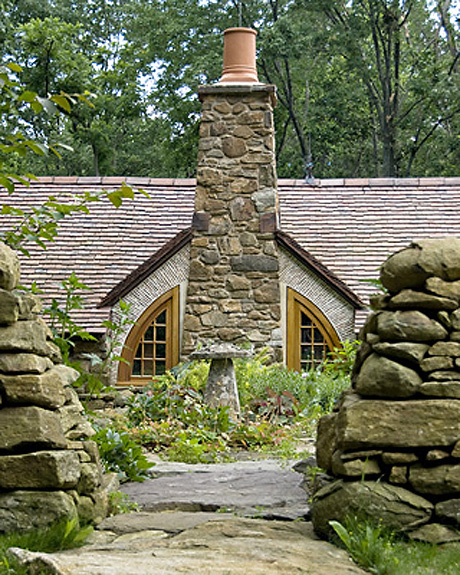 Instead, the creatives went back to Tolkien's original sketches of his imaginary world, and played up the rustic nature of the hobbits' living quarters. Hence the circular front door, arched rafters, and butterfly windows - the round, shuttered portals that open from the centre.

These features are imbued with a sense of place and history in keeping with the tales, so the window is mahogany, the cedar door is hung by a customised crescent hinge in iron, and the stone façade was made from an 18th century wall that existed - albeit in collapsed form - on the property. 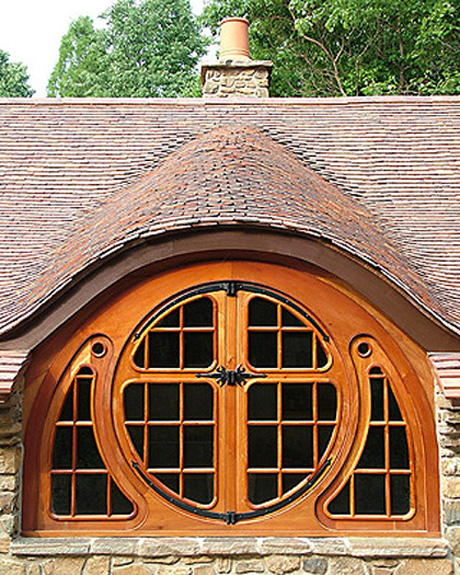 Meanwhile, outside, the dwelling is enclosed by a fence of woven branches, and the landscaping takes its cue from traditional English gardens.

Actually to call this a house is stretching a point, as this $150,000 (£95,000) dwelling does not have a bathroom, kitchen, bedroom or any plumbing. Luckily, the client has his main residence nearby; this one is more of a private museum, where he houses his Tolkien memorabilia. 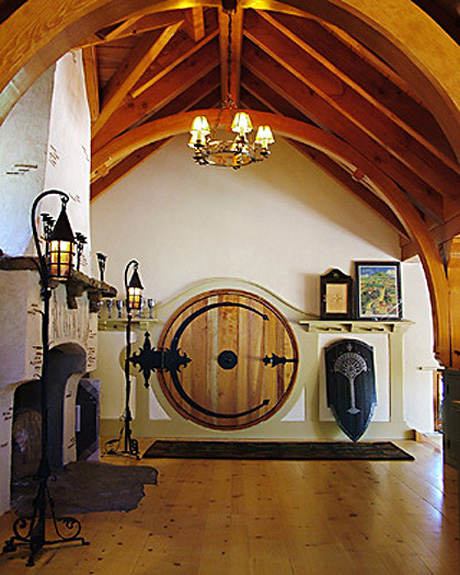 However, the architects see the quirky project as more than just an eye-catching homage to Tolkien's imagination. "If we continue to be inspired by such stories and imaginative creations that embrace nature as their main core, we might just help the ecological movement as well as the journey for a happier and more content life through complex relations to our natural elements," they say.

For a less cinematic take on eco design and architecture, consider our Vitamin Green book. We're sure Bilbo would approve.