B+U Architects  is a Los Angeles firm set up by Herwig Baumgartner and Scott Uriu in 2000. They’re interesting because though they haven’t got many of their own schemes built, they have a reputation for high innovation. This was the situation Zaha Hadid was in, in the early days. Plenty of jaw-dropping concepts, but little tangible to show for it.

B+U’s reputation comes from their out-there competition entries and what-if proposals, many of them with a space-ship aesthetic.

Meanwhile, a lot of the completed projects they can put their name to are actually designed by Frank Gehry’s studio, with B+U listed as the project architects. Hence being on the credits of the Walt Disney Concert Hall in LA, and the California Institute of the Arts.

Now they have come up with an eye-catching concept for the Peruvian capital. It’s the Animated Apertures Housing Tower, and the innovation is concentrated on the apertures.

For these windows are like not much else we’ve seen. They look almost organic, like grass-green sea urchins. In fact they’re made of a translucent fibreglass composite, lit from within by LEDs so that the tower glows in the dark. 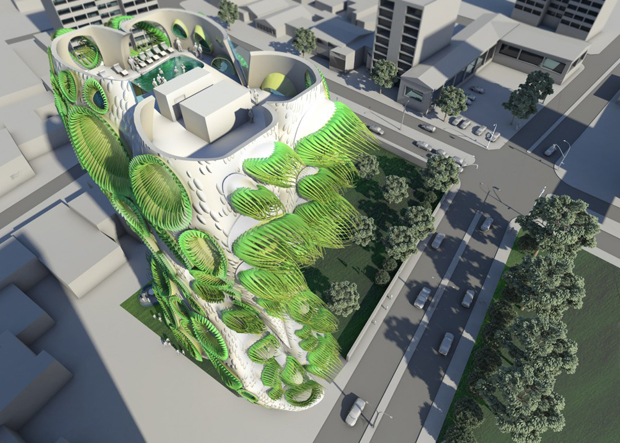 And they have function as well as form. Each aperture would be covered in a thin solar film, which would help generate solar energy for the building’s use.

B+U have plenty to say on the subject of the role of the window. This tower was their attempt to rethink and redesign the DNA of the window. “The apertures function as inhabitable spaces or thresholds between interior and exterior that respond to environmental forces such as sun and wind and exploit potential energetic exchanges between the natural and built environments,” say Baumgartner and Uriu.

The Lima Housing Tower itself is an exercise in fusing nature with technology, with its design aesthetic blending “incongruence, disruption and deformation rather than homogeneity and parametric smoothness”. 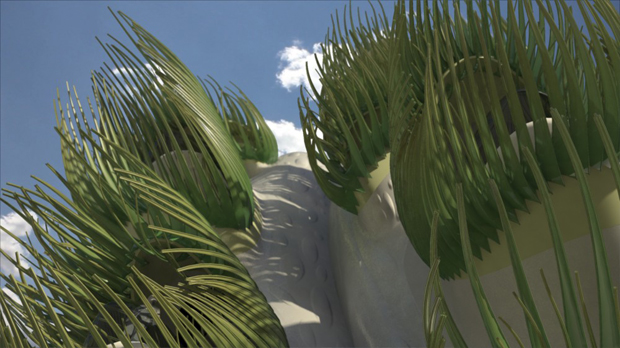 Lima is used to being a test-bed for cutting-edge innovation. Local architects DCPP recently came up with Sky Condos, a 20-storey residential tower that would overlook a golf course. In DCPP’s scheme, a vertiginous swimming pool would cantilever out from each apartment.

Needless-to-say, that too is waiting for a client to show willing. But it’s good that these ideas are getting out there. If you're interested in going further our range of architecture books is a fine place to start and if you're into cutting edge tech with a sustainable edge check out our Vitamin Green. 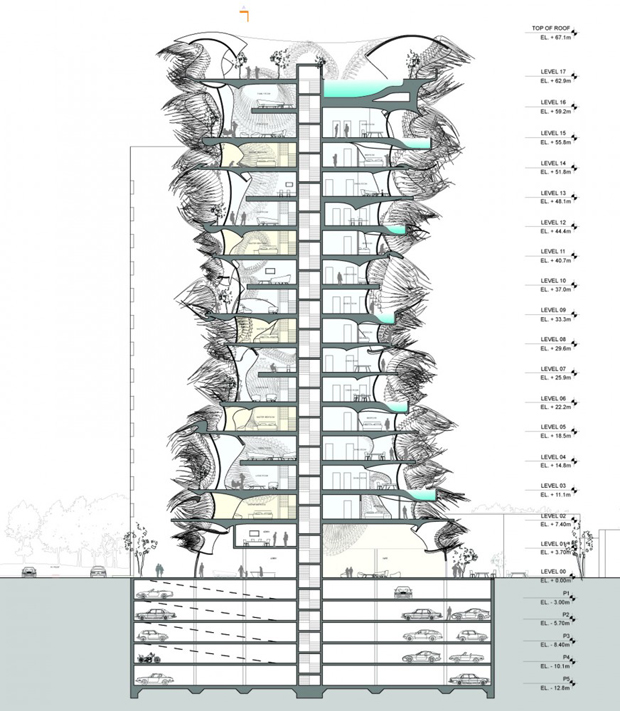