Could you live in a moving city?

Architectural student Manuel Dominguez at Madrid’s Superior Technical School of Architecture has come up with an unusual plan to transport city dwellers away from job-starved areas.

Hi solution to a very modern day problem is a movable city, which would transport inhabitants away from employment-challenged areas and trundle them on caterpillar tracks to places with more favourable employment opportunities.

Although Dominguez has dubbed his thesis project the Very Large Structure, it’s difficult to get a clear idea of its actual size. One indicator is the helicopter hovering over the rooftop of one of the towers. It looks not much bigger than a small bee. 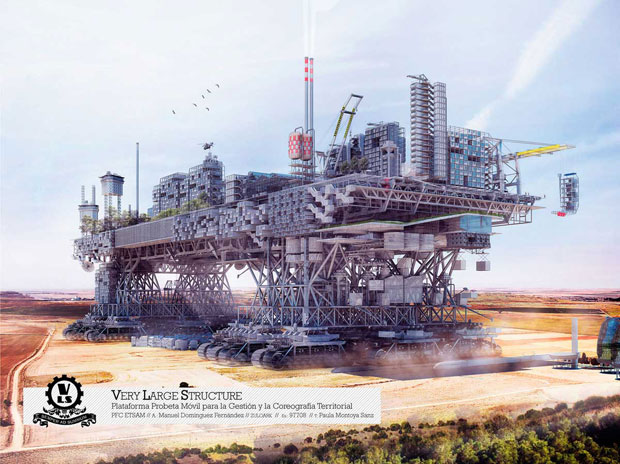 With its vast steel frame, aesthetically, this is more Mecano than organic, but then Dominguez admits he has turned to heavy engineering for his inspiration. And despite its other-worldly look, he believes his Very Large Structure is feasible.

“Knowing that all final theses are ‘Utopical’, I decided to do a self-consciously utopical one, utopic for real,” he explains. Let’s hope there is enough empty land between one destination and another for the moving city to navigate. 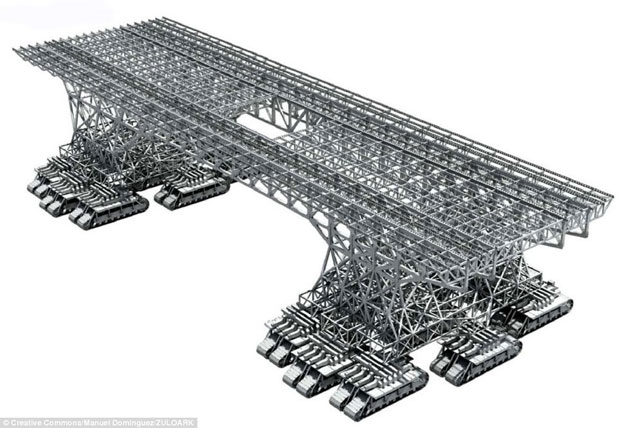 The young Spaniard’s nomadic concept clearly draws on ideas generated half a century ago by the fascinating UK architect Ron Herron. His Walking City was featured in architecture journal Archigram in 1964. Perhaps the only difference between then and now is that now the need for an answer to urban decay and fluctuating populations is even more pressing. If you're intrigued by this kind of thinking you can check out some well thought out sustainable and green architecture in our great book, Vitamin Green. Buy it from the people who made it here.