With a million more residents expected in the city by 2040, two firms propose some out of the box thinking

Here are a couple of building designs that wouldn't be out of place in our green architecture and design book Vitamin Green and could - if built - end up in the steel structure section of our recently launched online Atlas.

The brief was a hypothetical, though in every sense of the word, an urgent one. With a  million more people expected to be living in New York by 2040 there's an urgent need for some out-of-the-box architectural thinking. Which is why late last year Metropolis Mag launched the Living Cities design competition which set architects thinking about a solution to a potential housing crisis.

The design had to comprise a steel structural system, be between 30-and 40 storeys high and be sited within the five boroughs of New York. Changing workforce demographics and tenant lifestyle amenities were all also to be taken into consideration. In the end, two entries shared the $10,000 prize. The stunning VIVO tower design, by Australian architects NBRS and Partners, was joint winner with the Urban Alloy scheme by AMLGM. 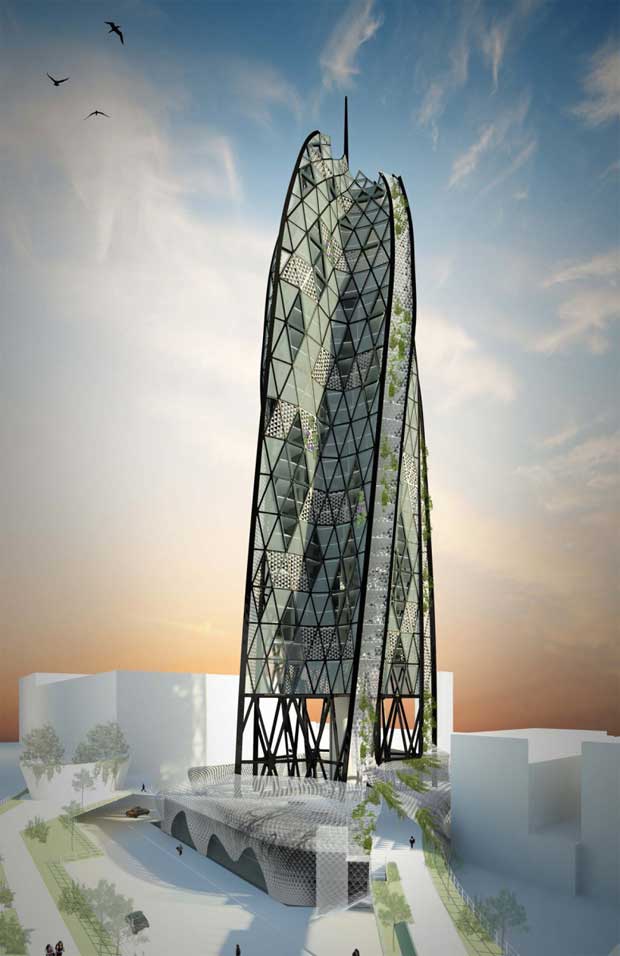 NBRS’s 40-storey design, which would stand on the refurbished High Line park, is for a “triangulated diagrid system” which “acts as an exoskeleton providing lateral stability and vertical support”.

Meanwhile, the Urban Alloy – also in steel, as stipulated by the competition rules – is an organic form with a handful of tentacles reaching out either at ground level or into the sky. The AMLGM team, Chad Kellogg, Matthew Bowles, Nina Mahjoub conceived it as “a massive transportation-entertainment-and-residential hub with outstretched tendrils which acted as tunnels for subway and railway trains”. In terms of over-crowding, residents would benefit from living on top of a transportation hub. 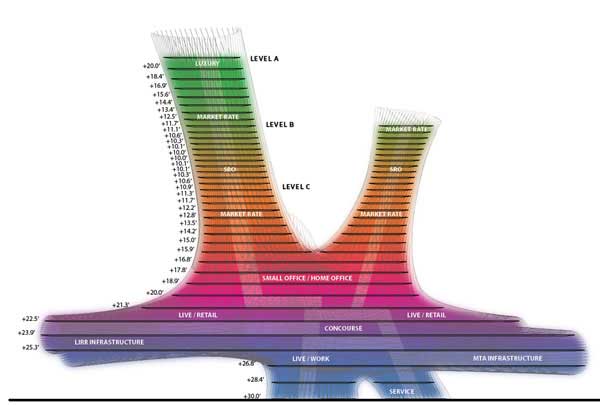 While both are just conceptual, they're examples of the kind of out of the box thinking you'll find in our great book on sustainable design and architecture Vitamin Green. We can't help thinking that they're also the kinds of places that Alex McKay, the protagonist of Jonathon Porrit's great book The World We Made would also like to live. Check out both of them in the online store now. And if you're an architect, be sure to sign up for a free trial to our recently launched online Atlas.