Having featured in LIFE magazine from the early 1940s through to the 1970s these black and white photographs showing architect Buckminster Fuller at work inspecting his geodesic structures and taking time out on the water have resurfaced via AQ-V designer Amy Collier. With her background in medicine, Collier looks for the point where science and art collide and where better than with the geodesic dome?

Renowned architect, visionary, inventor and futurist Buckminster Fuller started working on his idea of a geodesic dome while teaching at Black Mountain College during the summers of 1948 and 1949  (the same school architect Josef Albers had taught at 10 years earlier. During the summer of 1949 Fuller proved that his dome was a building that could sustain its own weight with no limits – astounding non-believers by suspending students from the framework. 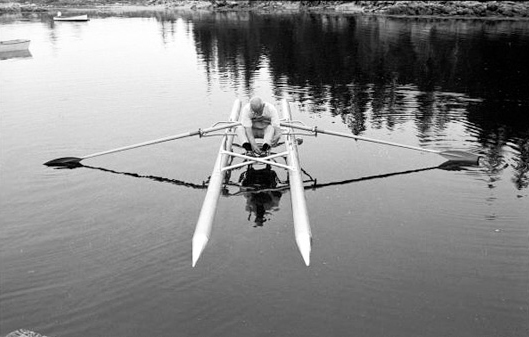 Within 10 years Buckminster Fuller’s work had achieved such notoriety that it was being exhibited at the Museum of Modern Art in New York. These photographs show Fuller as he inspects the structure and explains the principles behind another of his pioneering projects, the Dymaxion building, which led the way for his Dymaxion house. 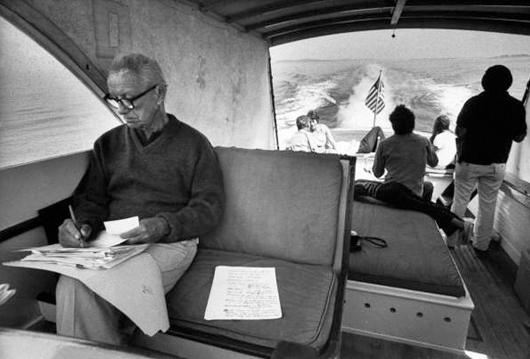 “The word "Dymaxion" was coined by combining parts of three of Bucky's favorite words: DY (dynamic), MAX (maximum), and ION (tension),” Jay Baldwin a student of Fuller and much published writer on the subject explains. “The house used tension suspension from a central column or mast, sold for the price of a Cadillac, and could be shipped worldwide in its own metal tube. Toward the end of WW II, Fuller attempted to create a new industry for mass-producing Dymaxion Houses.” 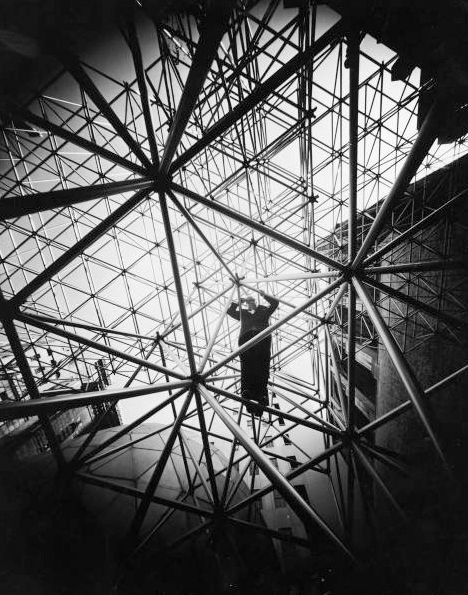 Dymaxion became synonymous with Fuller’s design philosophy of ‘doing more with less’ (much like Dieter Rams’ 10th design principle) and the idea soon transferred itself into all of Fuller’s inventions including cars, maps and bathrooms. 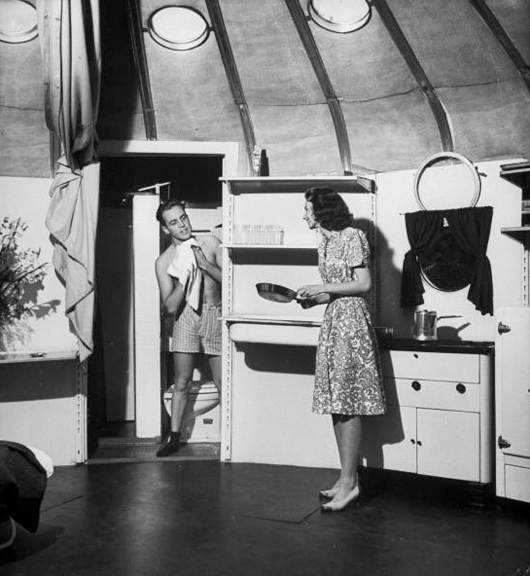 Inside the Dymaxion House - John Philips