The designs of the new National Library of Israel by Herzog & de Meuron have just been unveiled. The Swiss architects’ vision replaces that of the original architect, Rafi Segal, who was dropped following a wrangle over copyright. His scheme comprised a ‘landscape of stone steps’ in reference to the terraced hills of Jerusalem.

Herzog & de Meuron’s version is more of a sweeping curve of stone. Four floors will be subterranean, with another two above ground. “Our project reflects the open and transparent ambitions of the National Library of Israel,” they say. “The strong, sculptural form of the stone, related to the specific topography and context of the site, is elevated off the ground, and situated above vitrine like elements.” 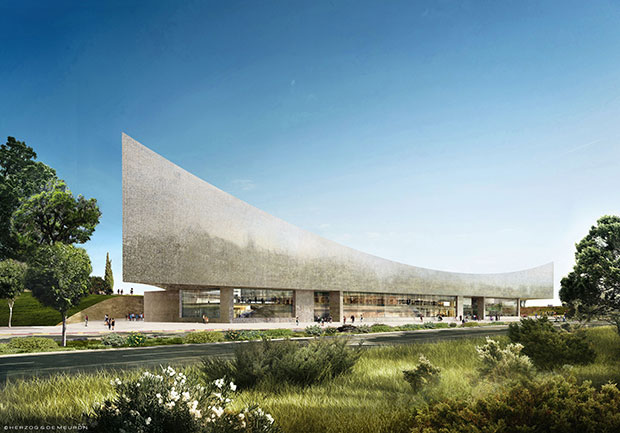 The 34,00sqm building will house a research centre, a venue for indoor and outdoor cultural and educational activities, and a ‘digital experience’ hall. The architects add that “The stone contains a large open space for the library’s visitors and users to interact while the vitrines expose the collection, reading room and public functions to the street and adjacent surroundings.”

This is not the first time the 122-year-old library, which is dedicated to collecting the cultural treasures of Israel and of Jewish heritage, has been rehomed. It moved to its current address - on the Givat Ram Campus of the Hebrew University of Jerusalem – in 1960. 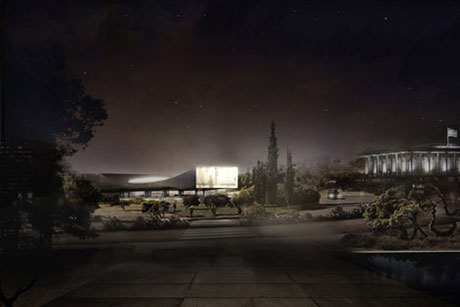 Its new bigger home will stand in the National Precinct, rubbing shoulders with some important institutions: Joseph Klarwein’s Knesset or parliament building of the 1960s, the Israel Museum of the same decade by Russian-born Israeli architect Alfred Mansfeld, and the more recent Supreme Court by Ada Karmi-Melamede Architects & Ram Karmi. Construction begins in 2016, with completion set for 2019.