Who fancies a bit of African Modernism?

As some of our readers will already know, Vitra Design Museum in Weil am Rhein, Germany, is going big on Africa this year. Its main push will be a sprawling show of 120 contemporary designers from the continent. Entitled Making Africa – A Continent of Contemporary Design, it will run from 14 March for six months. However, it’s an earlier and smaller exhibition on Africa, which opened at the weekend and runs until the end of May, that’s caught our eye. Architecture of Independence - African Modernism focuses on five Central and Sub-Saharan countries that gained independence during the 1960s.

In that decade, “experimental and futuristic architecture became a principal means by which the young nations expressed their national identities,” according to Basel-based architect and academic Manuel Herz, who has curated the show. 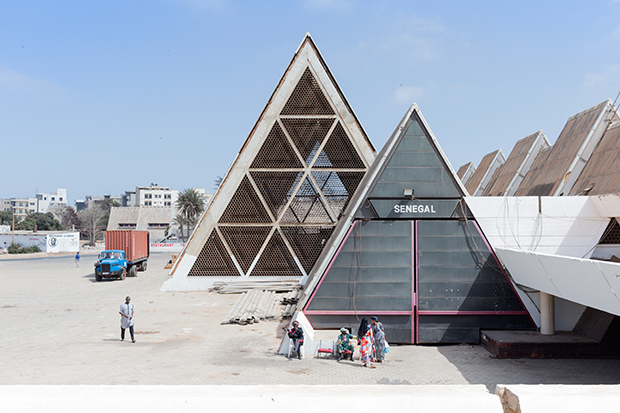 As historically significant as this period is, few exhibitions have delved into the architectural legacy before. Herz has amassed photography of more than 80 buildings in Kenya, Côte d’Ivoire, Zambia, Ghana and Senegal, some of them shot by the renowned Dutch photographer Iwan Baan.

“The often heroic and daring designs of parliament buildings, central banks, stadiums, conference centres, universities and independence memorials mirror the forward-looking spirit that was dominant in these countries at the time,” Herz explains, adding that these manifestations also tell stories of the difficulties, contradictions and dilemmas that these fledgling nations faced. Many of the architects were brought in from abroad, often from the former colonial power, which must have sometimes been an uneasy relationship for the new rulers. 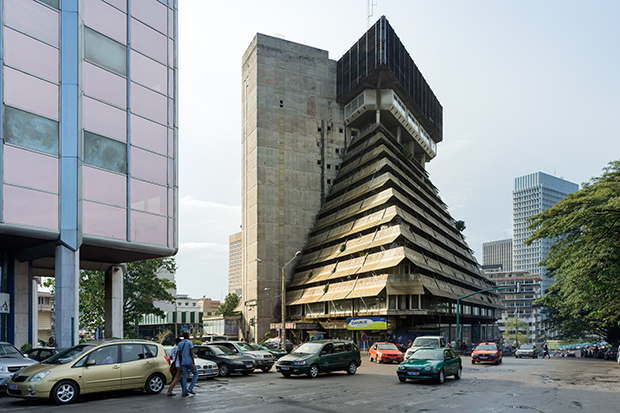 Particularly stately structures include the Independence Arch in Accra, Ghana, by the Public Works Departments; the Hotel Ivoire, in Abidjan, Côte d’Ivoire, by Heinz Fenchel and Thomas Leiterdorf; and Rinaldo Olivieri’s Pyramide, also in Abidjan, which wouldn’t look out of place in a modern-day Emirate or China.

In all, its an impressive selection of constructions, made in an era we more readily associate with Europe or North America. For details go here, and to understand how these buildings fit into the greater scheme of 20th century building, take a look at 20th Century World Architecture, which features over 750 of the most outstanding works built between 1900 and 1999. Meanwhile, there are some fantastic Iwan Baan photographs in our beautiful new book of architecture in contemporary photography, Shooting Space.