Bunk down where the design school's greats once slept. Prices include communal showers and shared restrooms

The German city of Dessau-Roßlau, an hour-and-a-half south-west of Berlin, is the birthplace of the Bauhaus movement, and the city is stuffed with icons of modernism, from Walter Gropius's 1925 Bauhaus Building, to the Steel House by Georg Muche and Richard Paulick, and Carl Fieger's Kornhaus.

Design pilgrims have, of course, been coming here for years. However, only now will they be able to have a Bauhaus sleepover. Prellerhaus is the 1926 Studio Building where many of Bauhaus's junior masters and promising students lodged, including Josef Albers, Herbert Bayer, Walter Peterhans, Hannes Meyer, Joost Schmidt and Marcel Breuer. Female residents including Gertrud Arndt, Marianne Brandt, Gunta Stölzl and Anni Albers, were also accommodated on the 'ladies floor'. 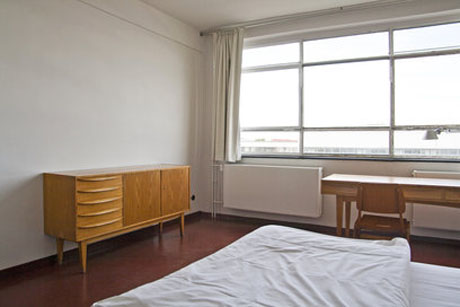 The block's 20 flats with balconies have been restored in keeping with the era, and are now available for rent, with prices starting at a mere €35 a night. But beware; creature comforts are eschewed in favour of artistically sparse décor. As the hosts point out, the Bauhaus way "also means communal showers and restrooms in the hallway, like back in Bauhaus days." 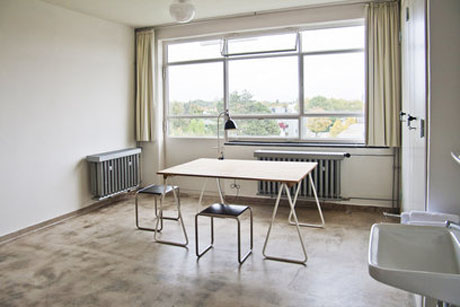 As well as these big-windowed rooms, there will soon be a handful of appartments reconstructed in honour of their inhabitants. That means guests will be able to ask for either the Joseph Albers or the Franz Ehrlich or the Alfred Arndt room. "We welcome you to spend the night like a Bauhausler", say the organisers. We imagine that there might be quite a wait to secure a room. 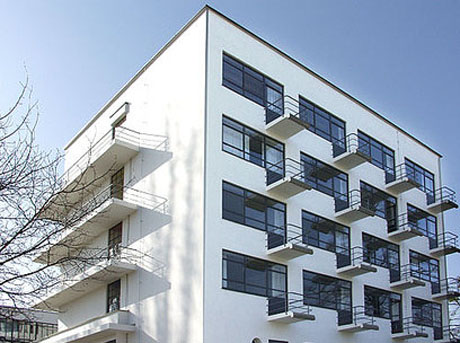