Metabolism: the architectural style behind Isle of Dogs

If, like us, you're looking forward to seeing Wes Anderson’s new animated feature Isle of Dogs this Easter weekend, you might be interested to read a little more about the architectural aesthetic of it.

When Paul Harrod, the production designer came to create the look and feel of the film, he wanted the movie’s fictional Japanese city, Megasaki, to look both old and new. As it turned out, there was one mid-century Japanese architectural movement that perfectly suited Harrod’s brief: Metabolism.

Metabolism was founded in 1960 at around the time of the Tokyo World Design Conference, by a group of young architects, many of whom were influenced by Japan’s Pritzker laureate, Kenzo Tange, as well as the new possibilities offered by modern manufacturing.

Metabolism (shinchintaisha) was a post-war Japanese architectural movement that fused ideas about architectural megastructures with those of organic biological growth.

During the preparation for the 1960 Tokyo World Design Conference, a group of young architects and designers, including Kiyonori Kikutake, Kisho Kurokawa and Fumihiko Maki prepared the publication of the Metabolism manifesto.

It included designs for vast cities that floated on the oceans and plug-in capsule towers that could incorporate organic growth. Their ideas remained largely theoretical although some smaller, individual buildings that employed the principles of Metabolism were built. These included Tange's Yamanashi Press and Broadcaster Centre and Kurokawa's Nakagin Capsule Tower.

“The mobility and adaptability suggested by advanced industrial technology and prefabrication was a key feature of the work of this group,” explains our book 20th-Century World Architecture. 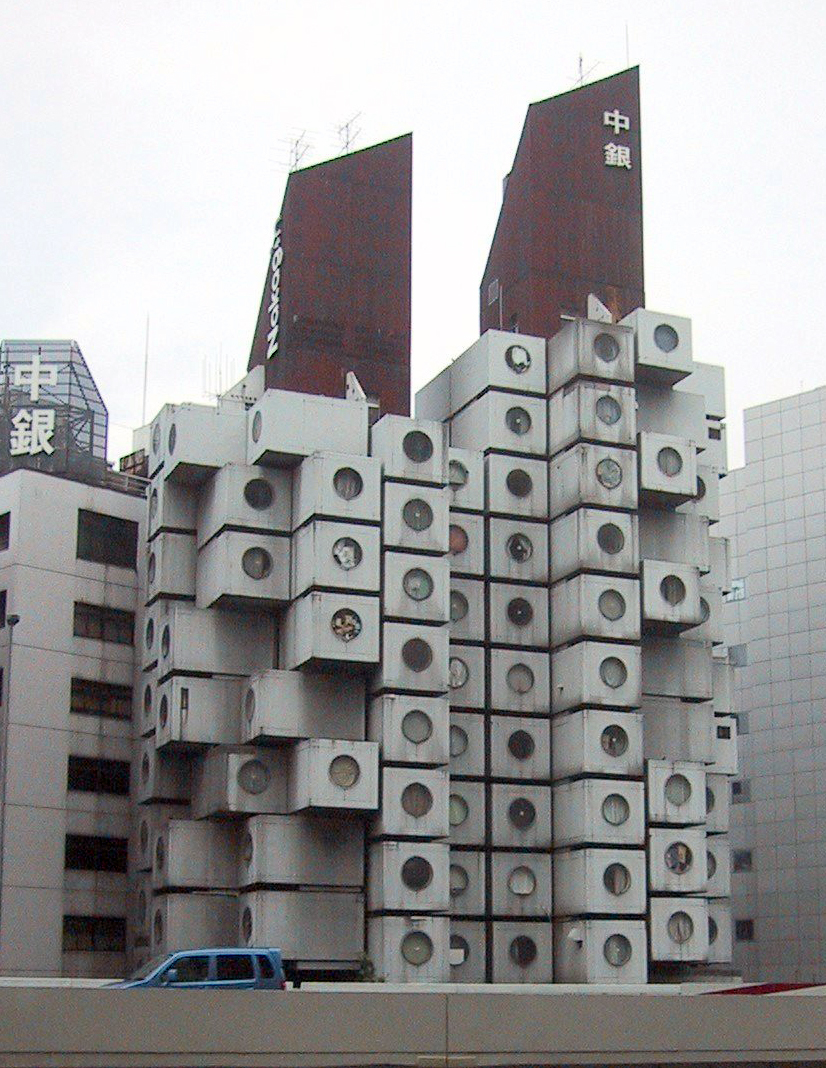 Metabolist architecture’s most famous building the Nakagin Capsule Tower, sums up the hopes and flaws of the movement perfectly. When their apartment building was constructed in 1972, its architect, Kisho Kurokawa, hoped owners would remove and replace their 10-meter-square apartments every 25 years or so.

Unfortunately, the Capsule Tower hasn’t aged well; its asbestos heat insulation is no longer fit for purpose, its pipework is corroding, and for a while it looked as if it might be demolished. The tower still stands, even if the principles behind it no longer shape Japan’s built environment. Thankfully, it’s found a new home in Anderson’s cute new animated feature.

"The aesthetic was 20 years in the future, but it's not 20 years from our future," Paul Harrod told Dezeen. “It's 20 years from some past point, like if you tried to think of Japan in 1963 and imagine 20 years from that future or past.”

For more 20th century architecture get this book; for more on Japanese culture take a look at these ones; and for more cute dogs, get Bread and a Dog.