Nice day for a white wedding

Wedding chapels come in all guises, many of them rather more kitsch than classy, but the  White Chapel is a welcome addition to the genre. Standing on the waterfront of Hong Kong’s Discovery Bay, it’s the creation of Hong Kong-born and based interior designer Danny Cheng who studied in Toronto. “My design philosophy is ‘simple but good’,” says Cheng - somewhat prosaically.

The tall, tent-like form reaches a peak of 16m and is mostly white inside and out. The walls to the ceiling are created in a series of layers or folds, a sort of distant echo of a medieval church’s walls, which also act to keep the technical facilities from view. The wedding congregation benefits from the floor-to-ceiling glass windows. 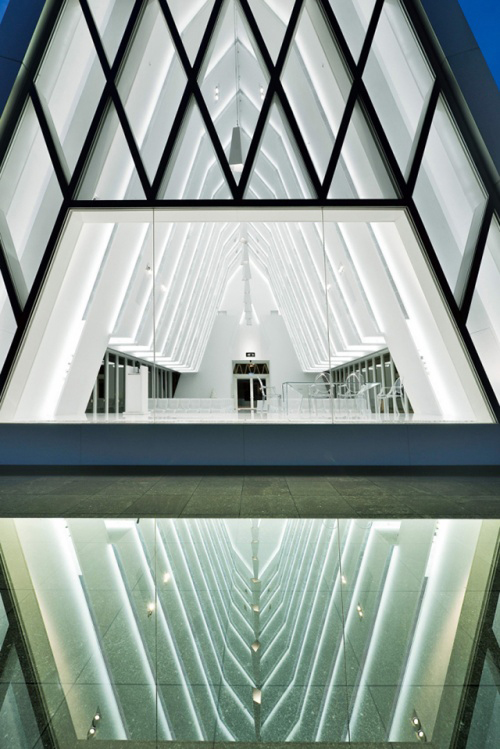 The whole building is surrounded by a shallow pool of water, into which the building is reflected at night. The pool also acts as a visual link to the chapel’s setting, as it's part of the resort Auberge Discovery Bay on Lantau Island 25 minutes from Hong Kong Central, the main business district.

While it's indeed a good-looking structure, it has a lot of competition in the area of high end nuptials - not least from Klein Dytham’s latticed Leaf Chapel in Japan. For more examples of cutting edge architecture including some really beautiful places of worship, check out 20th-Century World Architecture in the store now. 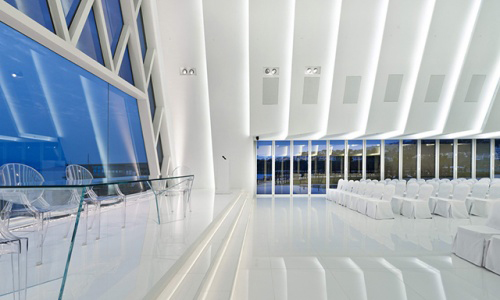