Entered by descending two ramps, visitors are confronted with a darkened box-room, the walls of which are emblazoned with projections by Carcas. The images depict historical areas, new cities in Asia and South America and places of upheaval and social change (including the Arab spring and last year's London riots) juxtaposed with contemporary architecture interiors – stadiums, museums, airport terminals.

Sandison's video installation 'Impermanence' features still images sourced from a global network of architects, planners and photographers, edited and combined to form sequences that animate the walls, resulting in an international, ever-changing mosaic reflecting on the Biennale's theme of Common Ground. It's something to behold and a very dramatic introduction to the Biennale. 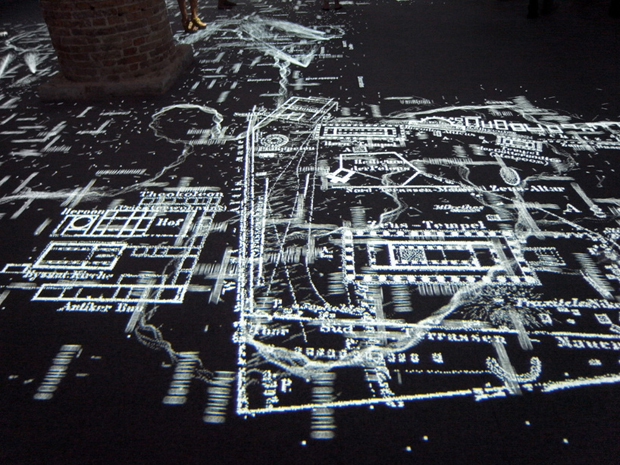