Abalos+Sentkiewicz Arquitectos is a Spanish architecture practice that's fast becoming one of our favourites here at phaidon.com. The firm has designed a groundbreaking performing arts centre in Tapei, office spaces and residential tower blocks in Madrid and a rather nifty concrete chalet in the Swiss mountains. Now it's turned its attention to a high speed rail hub in Logroño, a riverside town in Northern Spain, with characteristically impressive results. We particularly admire the faceted wrapping of aluminium above the station platforms. The station serves as a starting point of a new urban project, designed to re-establish the connectivity between the North and South of the city and leads to a large public park.

According to the architects, "The opportunity to rethink the typology of the station is an opportunity to create a new topography to intensify the experience of the city." Check out more work by Abalos+Sentkiewicz Arquitectos and take a look inside 20th Century World Archtitecture worth 1,250 points when you join Phaidon Club. And if you'd like to go further and gain some really useful insight into the architectural process you might like to check out Understanding Architecture. 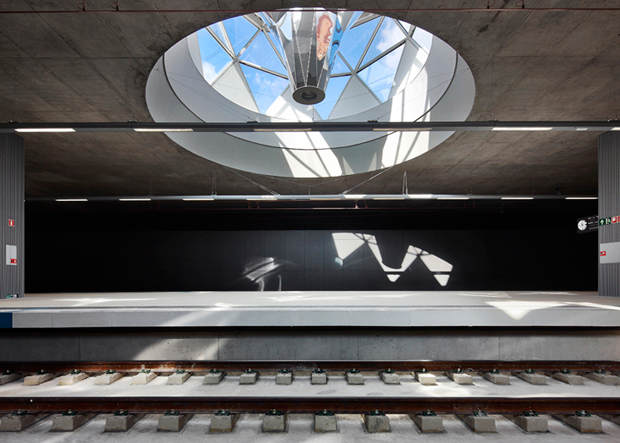