Jean Prouvé loved Nancy. The former metalworker turned designer and architect was born and died in this French industrial city, and even served as mayor immediately after World War II. Now, a new development on the industrial outskirts of the city pays tribute to Prouvé’s mid-century designs. Quai Ouest has been built on the site of an old gas works on the bank of the Meurthe River. It is the work of Paris architect Anne Démians, and houses the headquarters of Pertuy Construction, the company that commissioned the building, along with other offices, shops and a serviced apartment block. 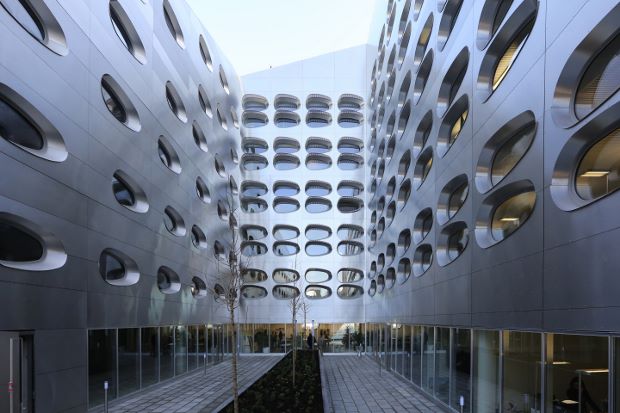 The stainless-steel cladding and port-hole-like windows are a tribute to Prouvé’s famous 20th century prefabricated building designs, which are now prized by today’s design collectors. Yet the building also serves some latter-day, practical purpose. 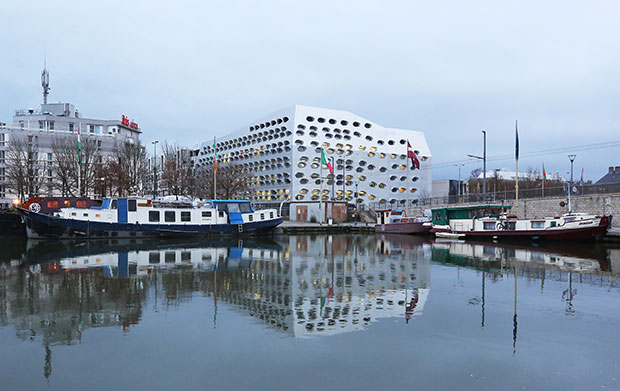 “Because of the disorganisation of the spaces along the canal, and the existing neighbouring heritage,” says Démians, “Quai Ouest aligns itself with Nancy’s historical past and reinforces the naval front, contributing to recomposing an urban clarity.” 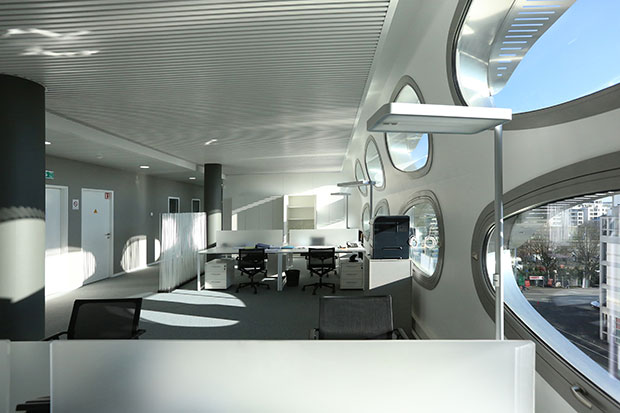 325 pairs of rectangular windows punctuate the shell, “like eyes watching the city”, adds Démians, who is also a professor at Dauphine University. Despite Prouvé’s legacy, nowadays Nancy is best known for its historical architecture. Place Stanislas, 500m away from Quai Ouest, is a UNESCO heritage site, and was designed by the 18th-century royal architect Emmanuel Héré de Corny. 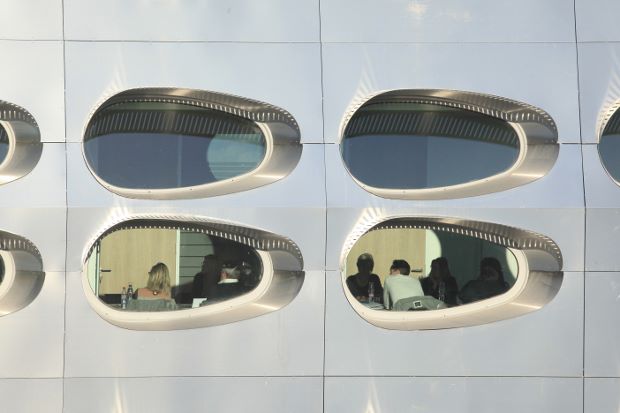