The great American architect Frank Lloyd Wright once said “Tip the world over on its side and everything loose will land in Los Angeles.” Perhaps it wasn't the most flattering of remarks, yet the city's MAK Center for Art and Architecture is taking it as a compliment as it prepares for Everything Loose Will Land, a celebration of the creative happenstance and flexibility founding among LA's art and architectural communities during the 1970s. As MAK put it: “this infamous looseness dislodged the arts from their separate habits and encouraged productive realignments amongst cultural practices.” 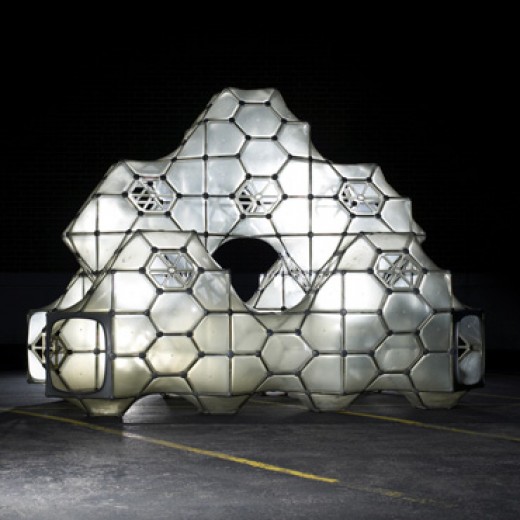 The exhibition, running from 9 May until 4 August, will put both well-known and obscure examples of this cross-pollination on display, such as Frank Gehry’s artful models and drawings, and Bruce Nauman’s big outdoor sculpture Untitled (Equilateral Triangle); through to Peter Jon Pearce 1975 playground structure, Curved Space, and computer pioneer and design enthusiast Jef Raskin’s modular cardboard building bricks, Bloxes.

Strict delineation between the art and the architecture here is tricky. Suffice to say, the collection of drawings, photographs, media works, sculpture, prototypes, models and miscellany tend to be experimental.

Perhaps this is because the 1970s and a few years either side of it were an in-between period for Los Angeles. “After the [1965] Watts Riots shook the city’s core and before the construction of such monuments as MOCA or Disney Hall asserted the city’s cultural self-confidence, slippery convergences in the ways art and architecture were made and in the understanding of for whom and why they were made yielded profound changes in virtually every aspect of what then came to be called the built environment,” Mak explain. “The peculiar institutional, geographical and social looseness of LA contributed to the rise of this specific ecology, but its impact was to restructure the cultural landscape itself.” 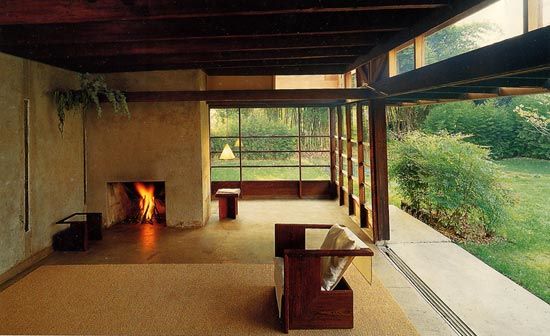 It's an intriguing thought, that LA's lack of civic identity allowed new creative partnerships to arise. One final thing: the show runs at Mak's Schindler House, the abode architect Rudolf Michael Schindler built for himself in the 1920s, and is worth a visit for this reason alone. Find out more about this exhibition go here, and for greater understanding of the mid-century buildings of LA, take a look at our 20th Century World Architecture atlas, which offers an excellent overview of the finest built architecture from around the world completed between 1900 and 1999.