Frank Gehry goes back to the drawing board

Toronto’s arts and cultural scene got a major boost in the ‘noughties’, when every venue seemed to be planning a major revamp or extension. This was about the Canadian city putting itself on the cultural map, and coughing up handsomely to do so.

Among these investments, Londoner Will Alsop gave the Sharp Centre for Design at OCAD University a speckled box on stilts, local practice Diamond & Schmitt put up the Four Seasons Centre for the Performing Arts, and perhaps the Art Gallery of Ontario got more than it bargained for with its renovation. This was Frank Gehry’s first commission in his native city, and he added a billowing glazed façade to the existing staid building. Though in Gehry terms, this was a restrained solution. 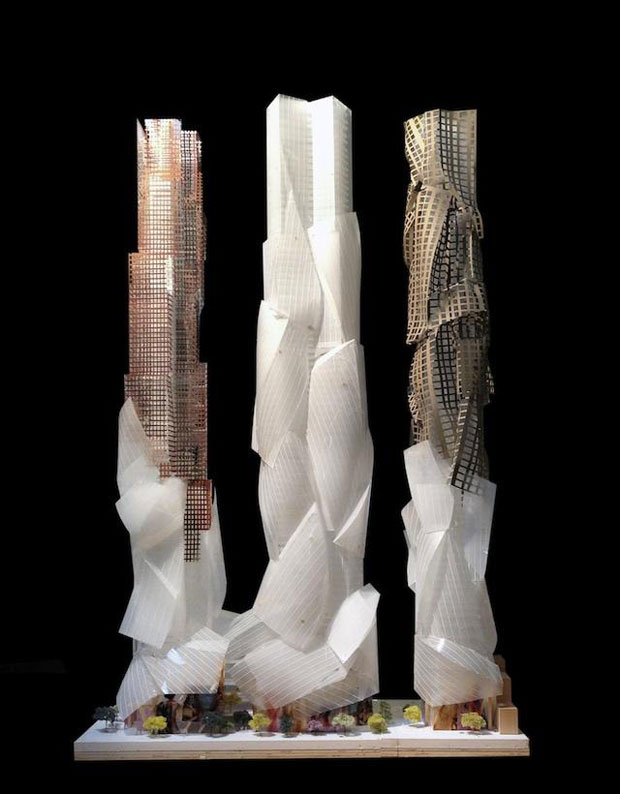 Now he’s back, and this time it’s entertainment rather than the finer arts which are his focus. He’s just updated the design of three 80-storey skyscrapers for King Street West, which is at the heart of the city’s entertainment district. (You can see the original design in our story on the left).

At the base of these will be a new art gallery and an arm of OCAD University’s art history department. As in projects across the globe, it’s often the selling off of residential that helps fund less commercial activities. We saw this in London when Studio Egret West piled dozens of stacked apartments on top of the new library it designed for Clapham in London. 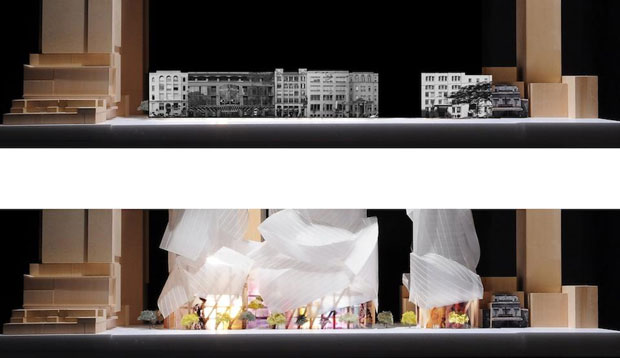 Gehry’s gone back to the drawing board to swathe his original trio of towers in sheets of curvaceous cladding. At ground level, his studio has instated some wooden beams at different angles - intended as an echo of the three warehouses and small theatre that will be torn down to make way for the scheme. Whether that satisfies city planners and locals remains to be seen.

Gehry, who grew up near King Street West, has often been scathing about the city, claiming: “Toronto has grown to look like every other screwed-up city. We're searching for that way of expressing old Toronto without copying what they did.”

You can see more of Frank Gehry's work in 20th-Century World Architecture. His Guggenheim Bilbao is referred to in the book as "contemporary public architecture that playfully breaks out of the rectilinear mould," adding that "it subverts many of the 20th century's architectural tenets, such as the subjugation of form to function." The book is worth a handy 1250 points towards your next purchase when you join Phaidon Club.