Delugan Meissl has created a stunning winter-time performance venue for the Tyrolean town of Erl in Austria. The idea is that its angular black structure complements the 1950s white and curvy concert hall or Passion Playhouse nearby which is used mainly in the summer.

“The configuration of the Festival Hall of the Tiroler Festspiele – to give it its full name – resembles a tectonic stratification. The crevices and faults lying inbetween indicate the way into the building's interior,” say the architects. “The building's form and positioning both relate to the impressive landscape setting defined by the rock formations in the back, and to the dynamic presence of its neighbouring historical counterpart.” 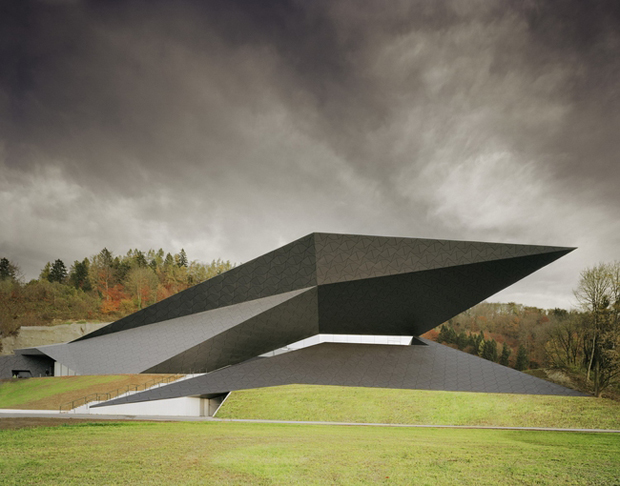 A sunken staircase has been installed in the hill leading down to the building's entrance. From here, visitors pass through a pristine lobby in white into the dark timber-clad auditorium. The inside has been given as much consideration as the outside, with the architects explaining:

“The transition from the foyer into the concert hall is accompanied by spatial and atmospheric change: dynamism, variability and asymmetry give way to maximum concentration, static calm and orthogonality.” 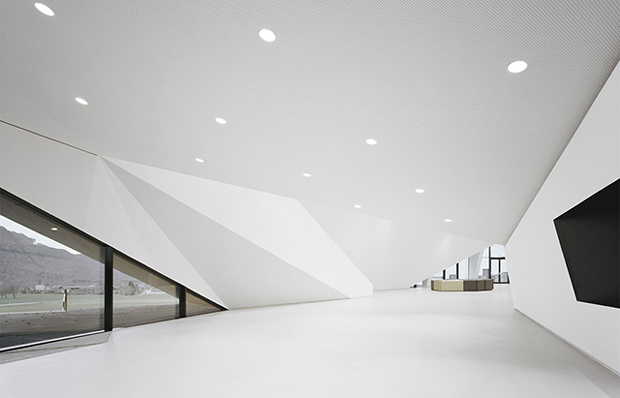 The structure, which opened in December, shares something with the Vienna-based architects’ Porsche Museum, in Germany - another low-rise edifice with sharp angles. Check out our new book, 20th Century World Architecture for more iconic buildings from the last 100 years. 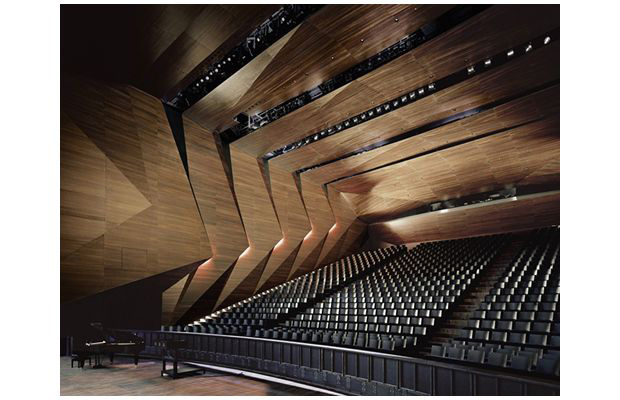