Haiti to get new stadium designed by Carlos Zapata

When established architects offer their services pro bono, it’s usually on the scale of a primary school. Not so New York-based Carlos Zapata, he’s putting his efforts into an entire football stadium, with school and sports complex attached.

The Phoenix Stadium – its working title – is in Haiti’s Cité Soleil, which is considered the country’s most deprived and dangerous slum. It’s the brainchild of two former football players, Morad Fareed, who played for the Palestinian national team and is now a New York City-based a real-estate developer, and Boby Duval, who played for Haiti and founded the Cité Soleil nonprofit organisation L’Athlétique d’Haïti.

Zapata – formerly of respected architecture firm Wood & Zapata - claims that when he was asked by the duo to become involved, he agreed on the condition that it “shouldn’t be non-architecture”. As he puts it: “I just didn’t want to do something that ends up compromised. The [youth] don’t have the best deal.” It should be a “beautiful piece of architecture”, he said. He previously worked on the substantially larger Soldier Field Stadium in Chicago. 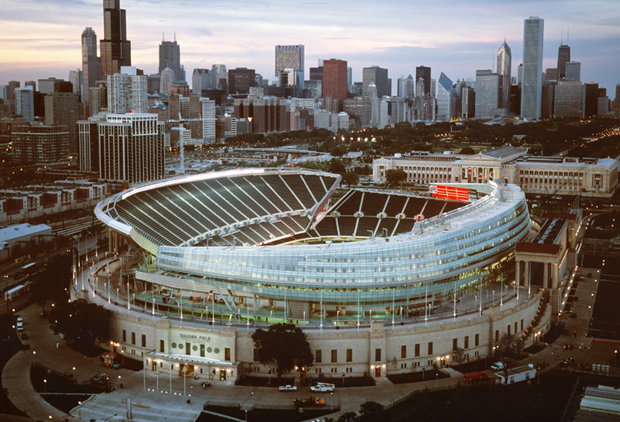 While the whole island still struggles to recover from the 2010 earthquake, Duval has been moving rubble. This has compacted the soil, meaning it’s now solid enough for the construction of the stadium. Some of the debris will be ‘repurposed’ and formed into hillocks around the stadium which will support concrete planks for seating. Like many a good cause, this one relies on fund-raising, and will be built in phases, with ground being broken for the stadium next year (2013). There's a handful of incredible stadia in our wonderful books, 20th Century World Architecture and The Phaidon Atlas of 21st Century World Architecture.