Rich Torrisi and co. take over the Four Seasons

Even for those who take a minor interest in food, the Four Seasons is a big deal. The New York restaurant, on the ground floor of The Seagram Building, was designed by Philip Johnson and Mies van der Rohe, and since, its opening in 1959, has displayed works by Jackson Pollock, Pablo Picasso, James Rosenquist and Joan Miró on its walls.

Learned food lovers know it as the place that introduced seasonal dining to the United States, as well as other latter-day trends, such as foraging; the Four Seasons was one of the first high-profile restaurants to serve fresh, wild mushrooms.

It is also famous for its swanky clientèle. Massimo Bottura writes about dining at the Four Seasons with his father-in-law Kenneth Gilmore, the former editor-in-chief of Reader's Digest, in his book Never Trust a Skinny Italian Chef, and dedicates his version of Caesar Salad to the meal they both enjoyed. 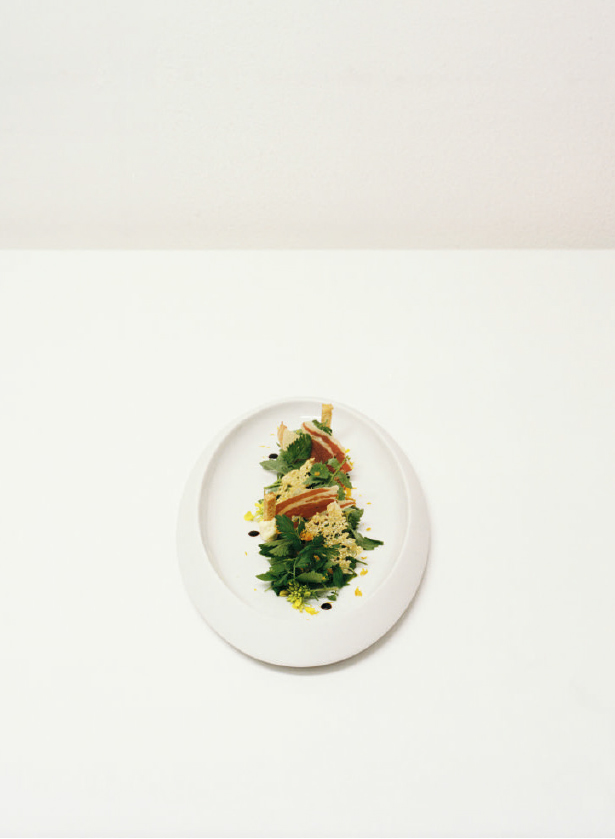 So, what will regulars make of the Four Seasons' new owners, who, up until recently, were best known for their deli sandwiches? The New York Times reports that Rich Torrisi, Mario Carbone and Jeff Zalaznick's restaurant firm, Major Food Group, will take over the venue when its lease expires in 2016.

Rich Torrisi, author of a forthcoming Phaidon cook book, is a chef best known for his beautifully judged updaties of mid-century Italian-American fine dining. Alongside fellow chef Carbone, and investment banker-turned-food-blogger, Zalaznick, the trio made their name in 2010 with Torrisi Italian Specialties, “a jewel box of a sandwich shop on Mulberry Street that turned, after the sun went down, into a tasting-menu showcase for their more refined culinary aspirations” says the Times. 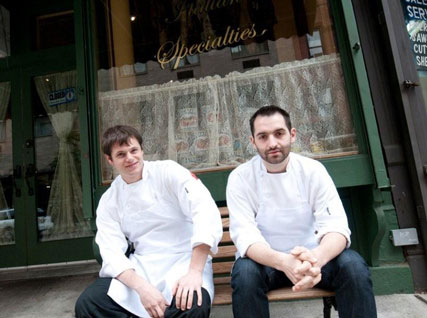 Since then they have opened a wide range of restaurants, from Carbone, a “homage to the essence of the great Italian-American restaurants of mid-20th century in New York,” to Parm, a casual restaurant and sandwich shop which, according to the paper “appears poised to grow into a red-sauce analogue to Shake Shack.”

What should we expect from them at the Four Seasons? Well, the group intends to change the restaurant’s name, and introduce a bit more variety, with three separate dining spaces offering different menus and varying degrees of formality. 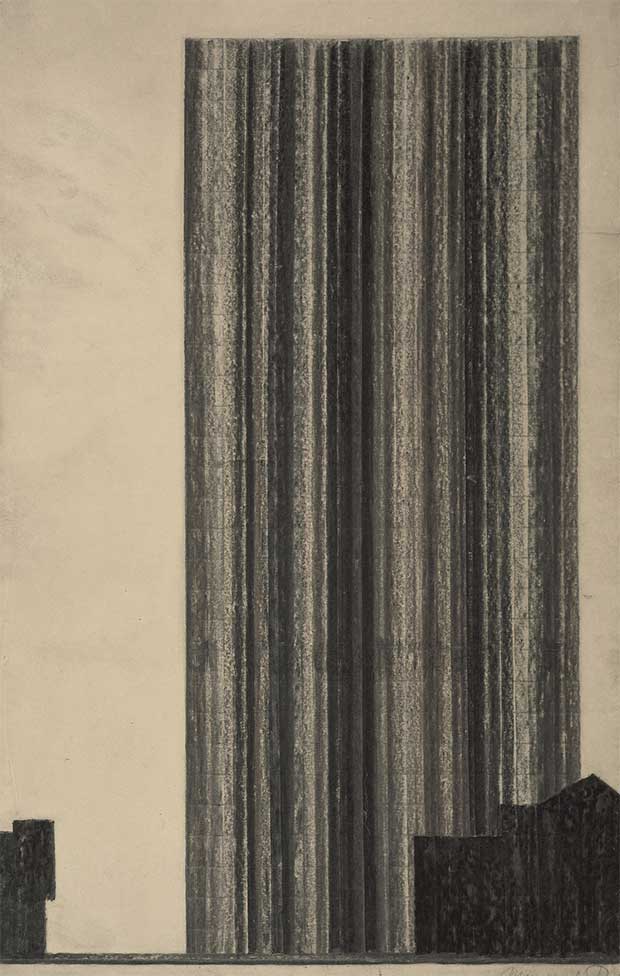 An early drawing for a glass skyscraper by Mies van der Rohe, 1922. From our book Mies.

They also promise some continuity. “you won't walk in and say 'What the hell happened here?'” says the building's owner, Aby J Rosen. While the trio are known for both a young menu and a young crowd, Zalanznick assures regulars “we’ll make them that salad. We’re not trying to upset the standard. We’re trying to improve it.”

We're sure Massimo will be pleased. To find out more about contemporary Italian cuisine, including his take on The Four Seasons' Ceasar Salad, get a copy of Massimo's book, Never Trust a Skinny Italian Chef. For more on the creation of this iconic building, get our book Mies. For more on where chefs like to eat get Where Chefs Eat. And check back soon for news of our forthcoming Torrisi book.