The queue snaked halfway round Covent Garden Piazza long before Massimo Bottura was even awake yesterday morning. As the chef got ready for his 11am appointment, chefs, food critics and even a dog called Ginger were all waiting in line to sample the London version of his Emilia Burger, which drew over 500 people to Shake Shack's Manhattan branch on Columbus Day last month.

The burger, on sale for one day only, was the co-creation of Massimo and Shake Shack culinary director Mark Rosati. As we waited for Massimo to arrive (just in the nick of time) we caught up with Mark.

"What I love is that London and New York almost feel like they have a kinship between them in terms of food," he told us as the queue gathered, shortly before the 11am kick off. 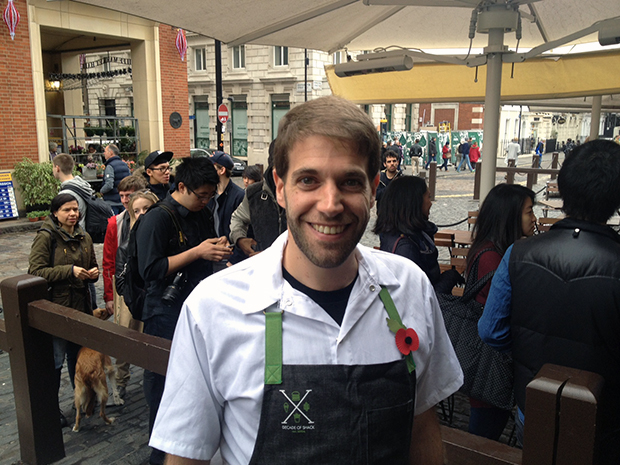 Mark also revealed that there was a subtle difference too in The Emilia Burger itself. The version served in London was not quite the same as the one served in New York last month. "We wanted to do something just a little different in London," he said. "In New York City we had parmesan ground into our burger. We seared that and topped it with little bits of cotechino sausage on top and balsamic mayonnaise and salsa verde on top." 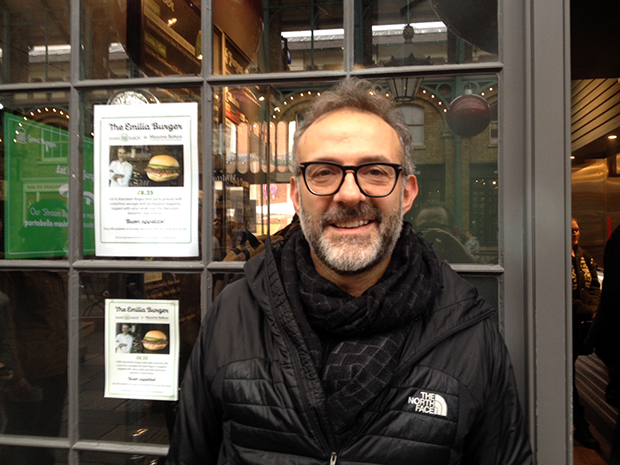 "But here, we’re taking the cotechino and putting that in the patty too. And the great thing is that the cotechino has that soft supple gelatinous texture, so when the burger sears it kind of melts in and perfumes all the beef and makes the cheese a little more punchy. So I think it’s even better – it’s the second act so we’ve figured out some new tricks! We’re keen to find out what London thinks about it.”

As it was London loved it (especially Phaidon.com who had two.). A smattering of chefs turned up for the launch including Angela Hartnett. Paul Kerr, a chef recently relocated to the UK from the seafood restaurant at the Shangri La Hotel, Dubai, even brought his rescue dog Ginger down to the launch. Ginger had a bite and was impressed, as was his owner. 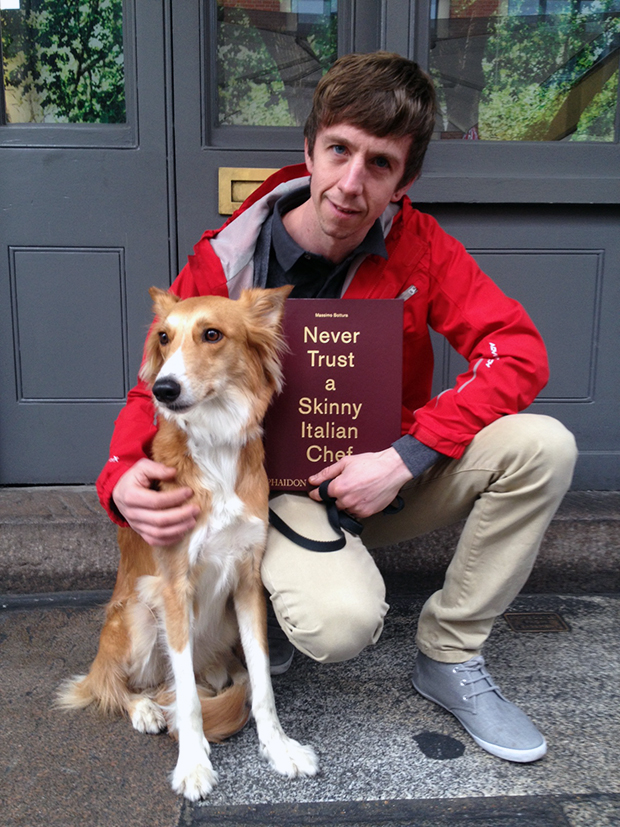 “We were going to go to his restaurant in Modena last month but we had to cancel our Italy trip, unfortunately,” Paul told Phaidon.com. ”My wife, who is also a chef, told me when I got home from work last night that he was is in London and that he was doing a dinner at the Connaught. Unfortunately that was sold out but we saw that Shakeshack has a burger, so here we are." So what did this chef make of the Emilia Burger?

“The crunch on the parmesan on the outside worked really well with the soft and juicy burger and the two sauces were really amazing," Paul told us. "It was hard having to give a bit to the dog!" 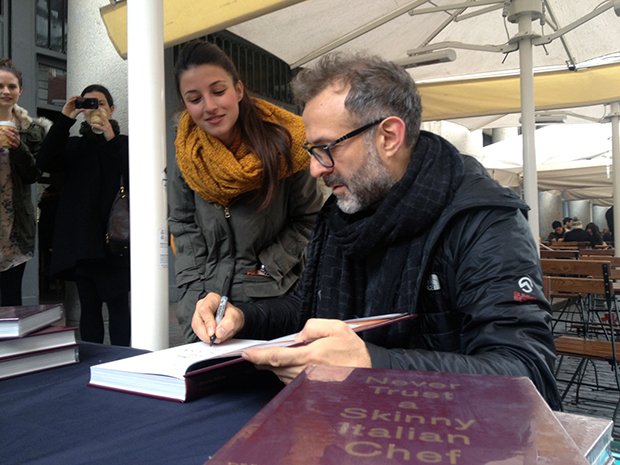 Maura Milia gets her book signed

Italian Maura Milia, who works in a central London hotel, was one of the hundreds queuing to get her books signed (see picture above) afterwards, she told us: “I work nearby and wanted to have one quick experience of his cooking and the burger was a quick one. He’s a lovely, humble person. And his food is really among the best.”

Massimo hung around to sign copies of his book Never Trust A Skinny Italian Chef which sold out at one point, necessitating a dash to nearby Foyles in Charing Cross Road (thanks Stephen!) to grab another 20 copies. If you weren't lucky enough to get down there don't worry. Massimo is coming in to Phaidon tomorrow and will be signing copies of Never Trust A Skinny Italian Chef. Check back later and there’ll be a link to where you can pre-order one. 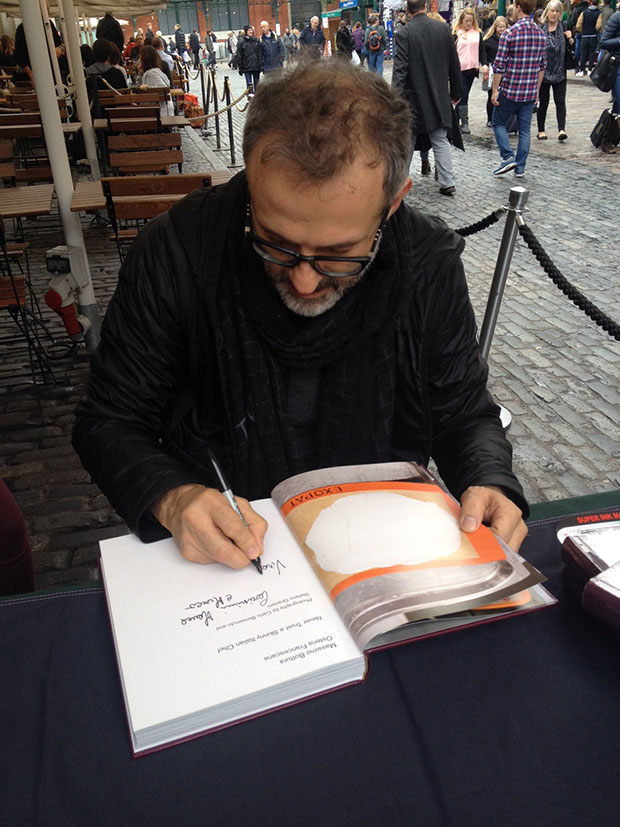 Massimo signs on the line