Ai Weiwei is a master of manufactured, multiple artworks. As we explain in our Contemporary Artist Series book on him, “he has translated the readymade into a new artistic language, fusing Neolithic pottery, fourteenth-century doors and seventeenth-century temple beams into surprising, at times shocking sculptures.” 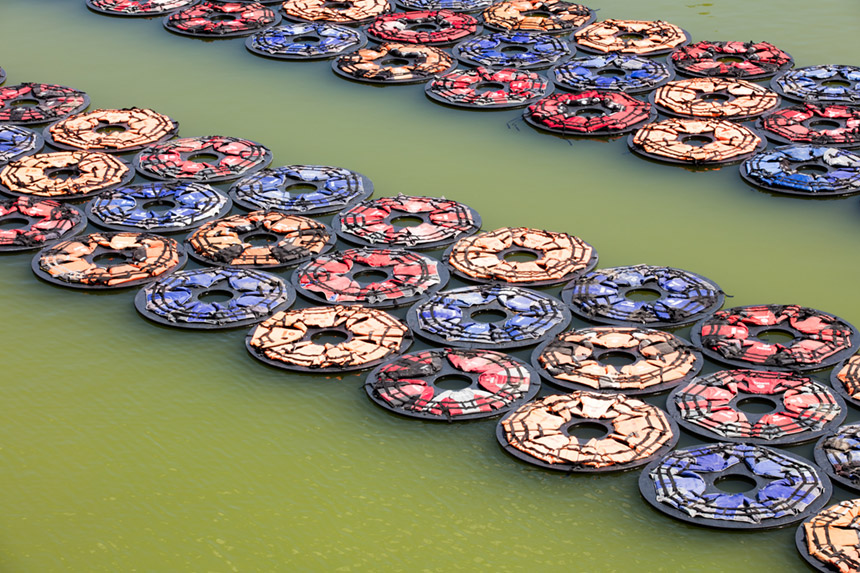 In 2009 he installed nine thousand children’s backpacks onto the exterior of Munich’s Haus der Kunst, as a memorial to the pupils who died in the 2008 Sichuan earthquake, crushed, according to Ai, in poorly built "tofu-skin" schools.

Now, for his new exhibition at the 21er Haus contemporary art museum in Vienna, the artist has turned his attention towards Europe. His work F-Lotus consists of 1005 used life vests, each of which has been worn by a Syrian refugee, stitched into a series of 201 lotus flower-like rings, which the artist has installed in the shape of an ‘f’ on the baroque pond in the grounds surrounding the 21er Haus. The letter ‘f’ in Ai’s work refers to a mildly offensive English-Mandarin homonym, which is sometimes used by anti-governmental activists as a gesture of defiance. 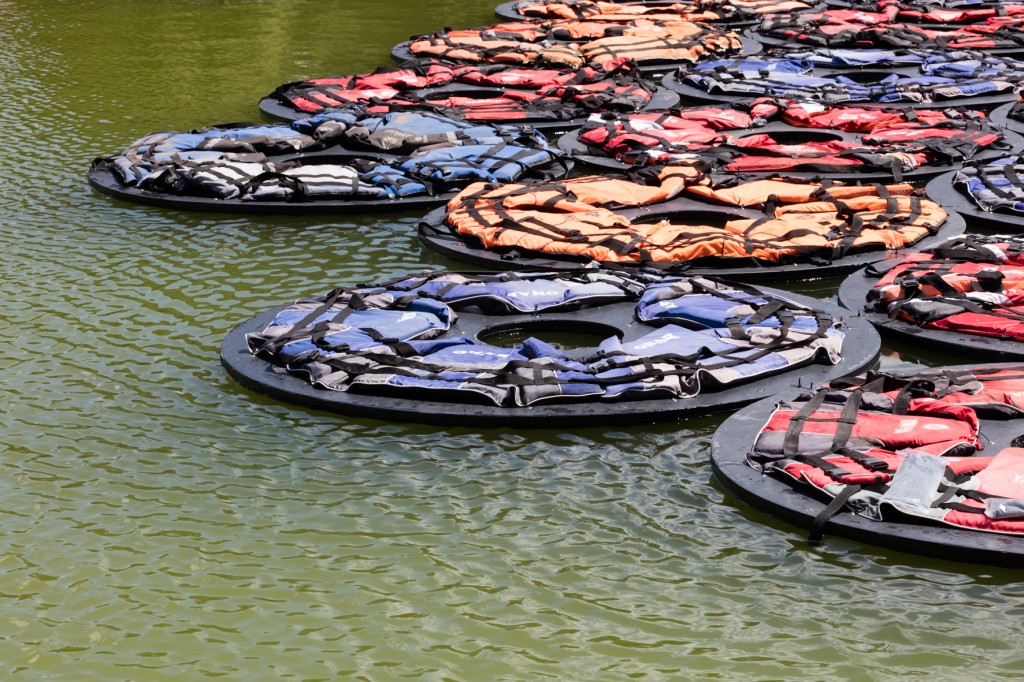 Ai has taken a strong interest in the plight of refugees crossing the Mediterranean to find a new life in Europe. Towards the end of last year the artist set up a studio on the Greek island of Lesbos, the main EU entry point for thousands of refugees, and continues to examine their plight in his works. 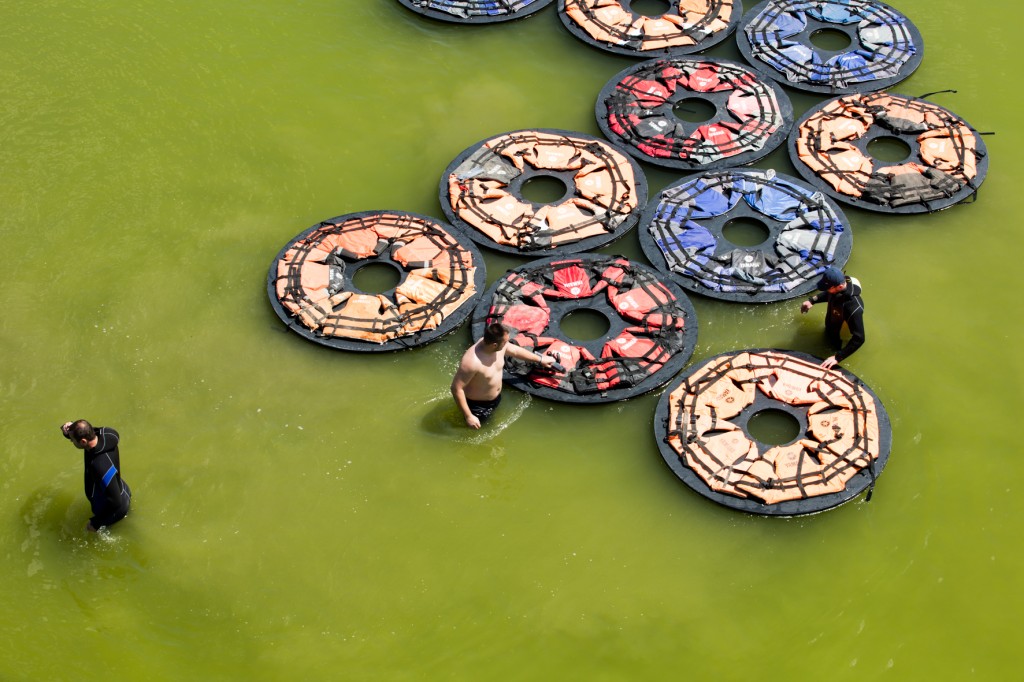 “The life vests draw attention to the uncertain fate of the refugees who wore them,” explains Agnes Husslein-Arco, director of the 21er Haus, ”and the lotus flower symbolizes purity and longevity.”

For a close look at the early, defining work of this pioneering artist take a look at our Contemporary Artist Series book on Weiwei here.