Ai Weiwei splits a temple at his debut Chinese show

Is Ai Weiwei a quintessentially Chinese artist? He’s certainly among the most famous contemporary artists from the People's Republic, and yet, and we find this hard to believe, until a few days ago he had never staged a solo art exhibition in his home country.

The artist spent his early adulthood in the United States, returned to China in 1993 and limited himself to architectural projects and group shows in his homeland, while staging solo exhibitions overseas.

Nevertheless, Ai Weiwei, his debut solo exhibition on Chinese soil, which opened a couple of days ago at the Galleria Continua and the adjacent Tang Contemporary Art Center in Beijing’s 798 Art Zone, is typical of the artist, both in terms of the materials and the execution. 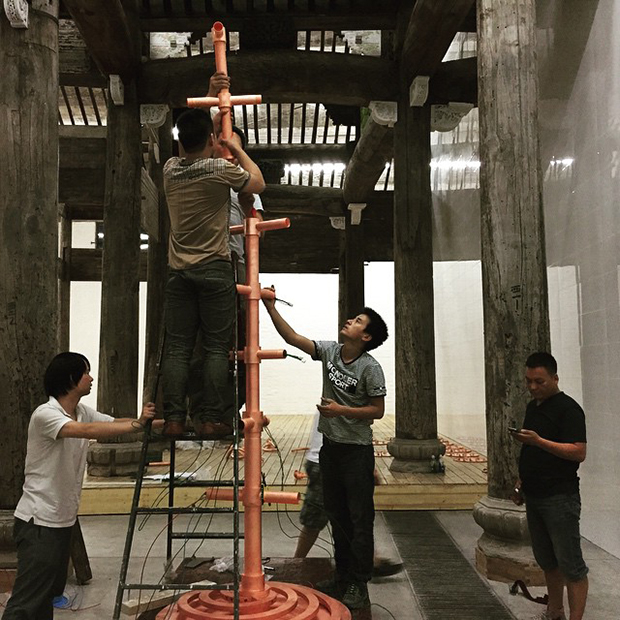 “China offers a wealth of wealth of local materials and resources that have become integral to the execution of Ai’s works,” explains Karen Smith in our artist’s monograph. “Many of these – reclaimed wood components from traditional Chinese houses or temples, porcelain from imperial kilns in Jingdezhen, freshwater pearls, bricks, tea, marble stone, lacquer, etc. – can arguably be termed ‘Chinese’ materials to which Ai applies a range of traditional and culturally specific craft techniques.

"Surprisingly, perhaps, the resulting artworks never invite comparison with chinoiserie. They acknowledge certain Chinese characteristics, but they refuse to be constrained by them, and would never be caught wearing their ‘Chinese-ness’ on their sleeve. The works are as comfortable in the international arena as those of Duchamp, Jasper Johns, Andy Warhol or Donald Judd – each of whom has inspired Ai at different moments in his career.”

This description could certainly be applied to the new exhibition, which, while avoiding explicit political commentary, nevertheless undermines certain assumptions about Ai's national culture from within. 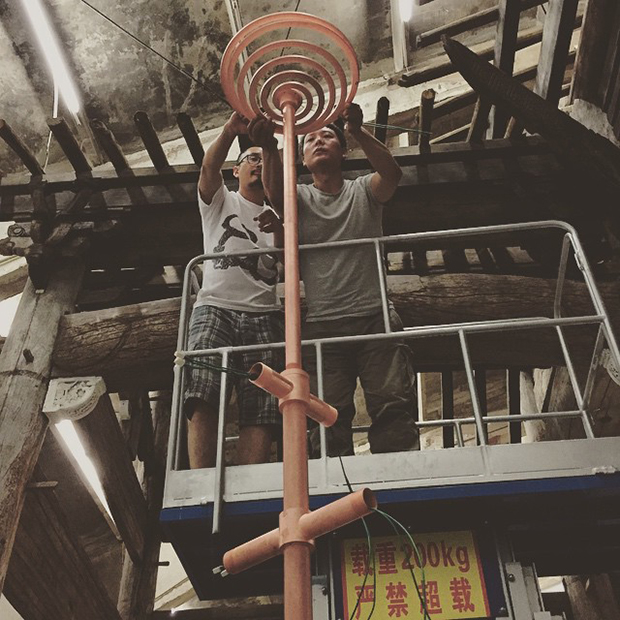 The show’s largest piece is a 400-year-old Wang Jiaci or hall for ancestral worship, which the artist bought and had reassembled in two separate structures in the adjacent Beijing galleries. Around these the artist has arranged a selection of similar objects, including a carpet of broken Chinese teapot spouts, traditional lanterns, as well as replicas of the famous Chicken Cup, the Ming dynasty drinking vessel that sold for a record-breaking $36m at Sotheby's in 2014.

The works are clearly Chinese, but they don’t present a holistic, unbroken, uniform cultural picture, as traditional Sinophiles like to view the Middle Kingdom. Indeed, the very fact that an ancient temple such as this – which Ai said once fulfilled the kind of community functions that a local church would in Italy – says something about cultural values in contemporary China. Moreover, Ai's splitting up of this building between two galleries was not an expedient measure, but an intentional, artistic action.

“I had to find two galleries and just show half of [the work] in each,” said the artist in an interview with Beijing Time Out. “That is the way to completely destroy the original feeling, because totality is the core idea of the Chinese culture. Chinese society and politics still cannot be at ease with that idea – which helps China, and stops China, in developing. My idea is to have a show, have a material, a physical metaphor to represent my current condition – and the time being of our time, our state of mind.’” 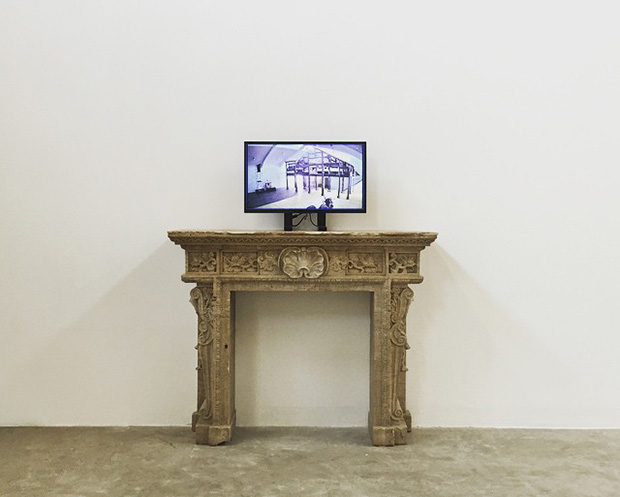 Appropriated temples and faked, million-dollar porcelain cups; it seems that, in this deceptively simple show, Ai examines his national culture, without ever allowing the allowing it to settle into a simple, comfortable whole. For greater insight into this important contemporary artist buy our Ai Weiwei monograph here.