The great Chinese artist and dissident is in Britain, helping to oversee his new UK shows

Last summer Ai Weiwei described himself as a great “remote control” artist, able to install exhibitions in Britain, Germany and the US, despite being unable to leave China, after the government seized his passport in 2011.

Now, seven weeks on from the authorities returning the artist and political dissident's passport, he’s getting used to supervising his shows In Real Life as the millennials say, and has just arrived in London to oversee two new exhibitions: a blockbuster at the Royal Academy of Arts, opening 19 September; and a single public work, Forever, on show now beside 30 St Mary Axe in the British capital’s financial district. 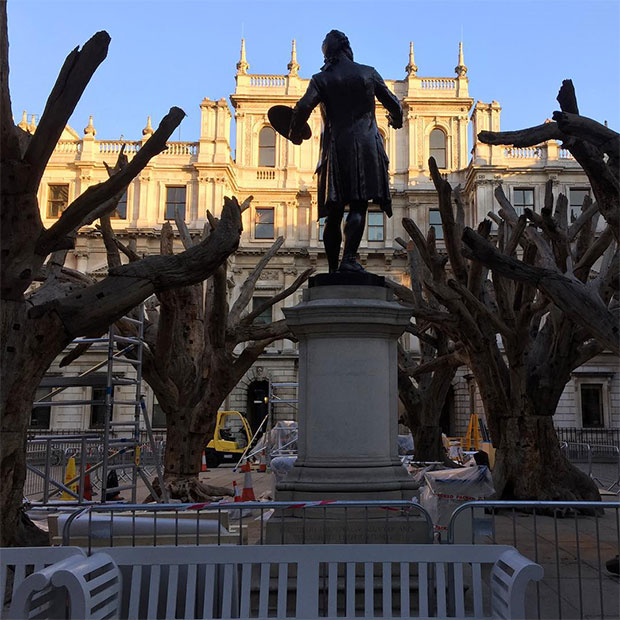 Though Ai overcame one significant bureaucratic hurdle, when he received his new passport from the authorities on Wednesday 22 July, his passage to Britain has not been entirely trouble free. The Home Office initially granted the artist a truncated three-week visa, after he failed to disclose what the UK embassy in Beijing regarded as a criminal conviction. 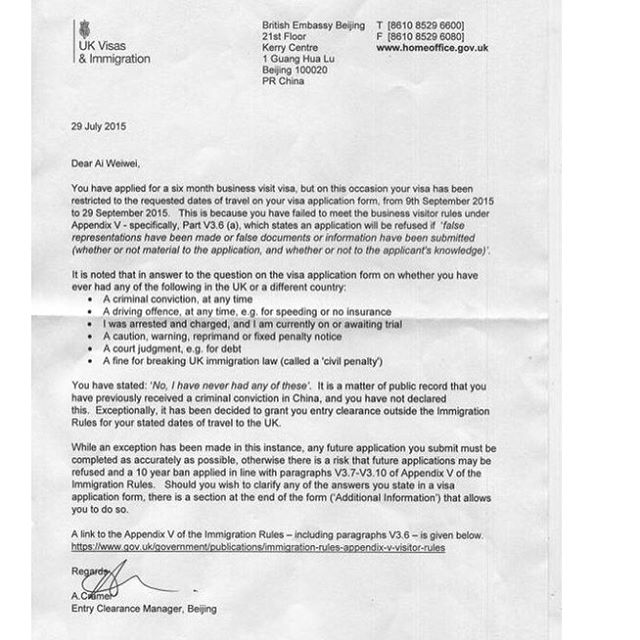 Ai argued that his arrest and detention by the Chinese government was politically motivated, and so did not merit official recognition on his application form. A few weeks’ later, Britain revised its decision and granted him a six-month business and tourism visa. 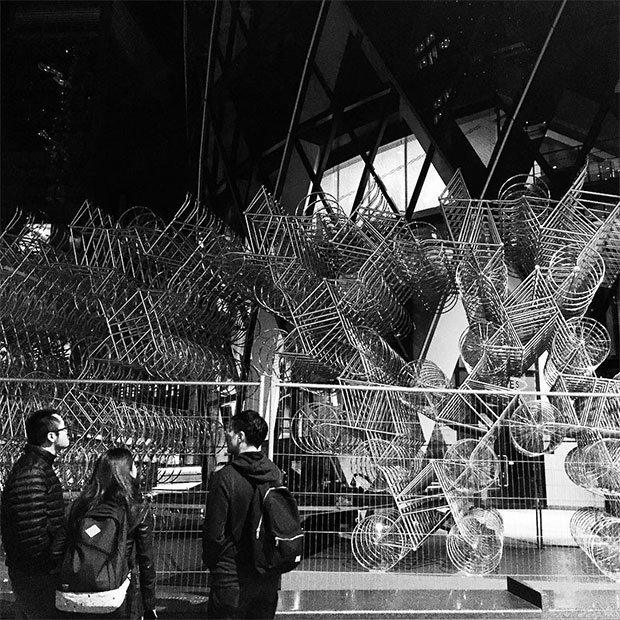 So far he’s taken in the sights of London’s West End, had lunch with Tim Marlow, Royal Academy's Director of Artistic Programmes, at the Wolseley on Piccadilly, conducted an interview with the Italian journalist Alessandra Lanza, visited the Royal Academy to help oversee the presentation of his works, and snapped a few selfies in a lift. 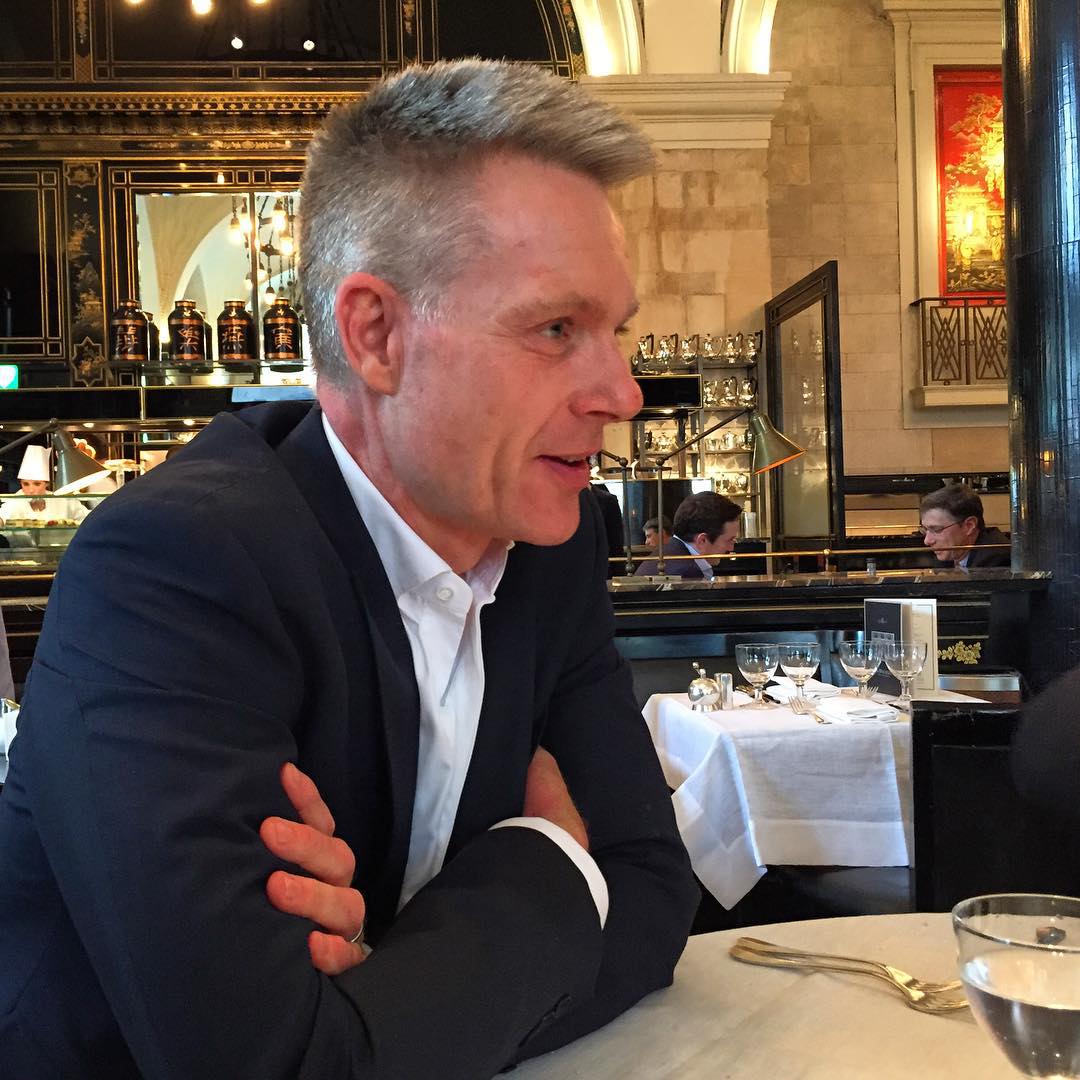 Tim Marlow at the Wolseley in London. Image courtesy of Ai Weiwei's Instagram

The last time we can remember Ai taking a picture of himself in an elevator mirror was back in 2009, when he was arrested in Sichuan. It is great to see him employing the technique in more liberal circumstances. 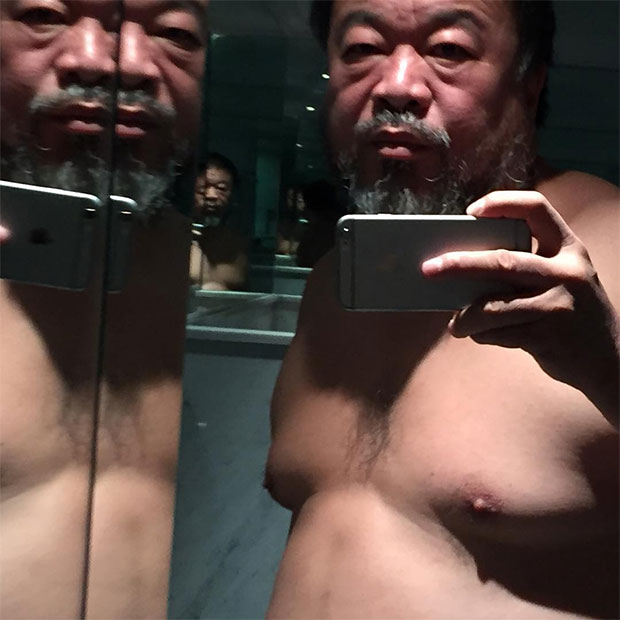 We would like to wish the artist a fruitful stay here. For a deeper understanding of his life and work buy a copy of the monograph we produced with Ai Weiwei, here.