"My father was a man who really loved art,” Ai Weiwei says in an interview in our monograph. “He studied art in the 1930s in Paris. He was a very good artist, but right after he came back he was put in jail.”

During this time in jail Ai's father, Ai Qing, was unable to paint or draw, and so turned his attention to poetry. Now, later this year, audiences in Britain will be able to take in the works of both Ai senior and junior, during an exhibition in the Yorkshire Sculpture Park.

Ai Weiwei in The Chapel, running 24 May – 2 November, is the artist’s first British public gallery show since his 2010 Sunflower Seeds installation at the Tate Modern, and will reopen the park’s newly refurbished 18th century chapel.

The exhibition includes Iron Tree; a piece first conceived when Ai Weiwei visited Jingdezhen, a Chinese city renowned for porcelain production, in preparation for Sunflower Seeds. It was there that he came across local dealers in reclaimed wood who inspired him to create this tree, constructed from 99 pieces of iron, each cast from a separate wood scrap. 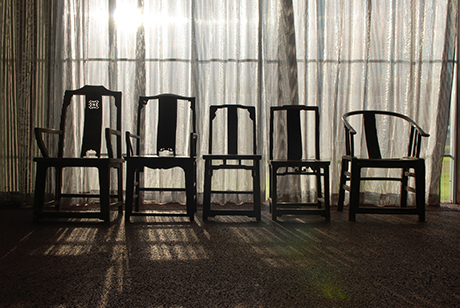 This sculpture will be exhibited outdoors, in the chapel’s garden, and the subsequent rusting process should “give pause for thought and is a powerful reminder of the cycles of nature,” according to the gallery.

Visitors this summer should also look out for Fairytale-1001 Chairs, a work first shown at the Documenta 12 in Kassel in 2007. Seven years ago these 1,001 antique Chinese chairs were brought to the German arts event by 1,001 Chinese volunteers, a comment on the People’s Republic’s travel bans that become more poignant since the confiscation of Ai’s own passport. 45 of the chairs from the original installation will be placed in the chapel’s nave.

There are also a number of other works, including a set of Marble Surveillance Cameras, modelled on those installed by the Chinese state outside Ai’s own compound in Beijing, and made with stone from the same quarry that supplied both the Forbidden City and Mao’s tomb. 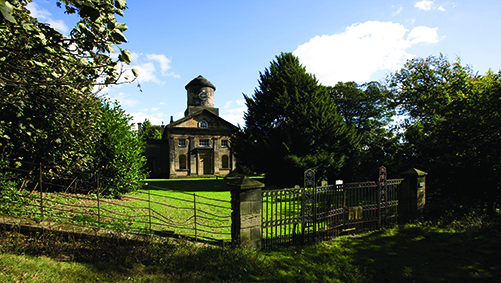 In comparison to the retrospectives in Brooklyn and Berlin, this exhibition is relatively minor, yet the addition of Ai Qing’s poetry really makes it stand out.  These readings, which will be in English, will span the poet’s career, “starting in 1932, and including important poems such as Snow Falls on China’s Land, My Wet-Nurse, and Wall,” the gallery says “They demonstrate Ai Qing’s extraordinary ability to convey the strength of nature and the human spirit, even in adversity, and so connect with Ai Weiwei’s own life and this exhibition in particular.”

For more on this go here. For greater insight into Ai Weiwei’s life and spirit, do take a look at our monograph, the first published on this important artist. And finally, if you’re keen to win tickets to Ai’s Brooklyn exhibition, join Phaidon Club.