We've just got back from the press preview of the Ai Weiwei show at the Royal Academy. While there, we filmed the RA's Tim Marlow talking about a number of the works on show. There’s an ungenerous, and dare we say it rather dumb line of criticism that’s sometimes levelled at Ai Weiwei. The artist, as these particular critics see it, is actually lucky to have fallen foul of the Chinese government, as his tribulations have presented him with so much fruitful and popular material for his work. Behind this, there is an unstated assumption that his 2009 assault at the hands of the Chengdu police force - which inflicted a brain haemorrhage on Ai - and his wrongful state imprisonment in 2011, weren’t actually such bad experiences, particularly given the artistic benison they have since brought his way. 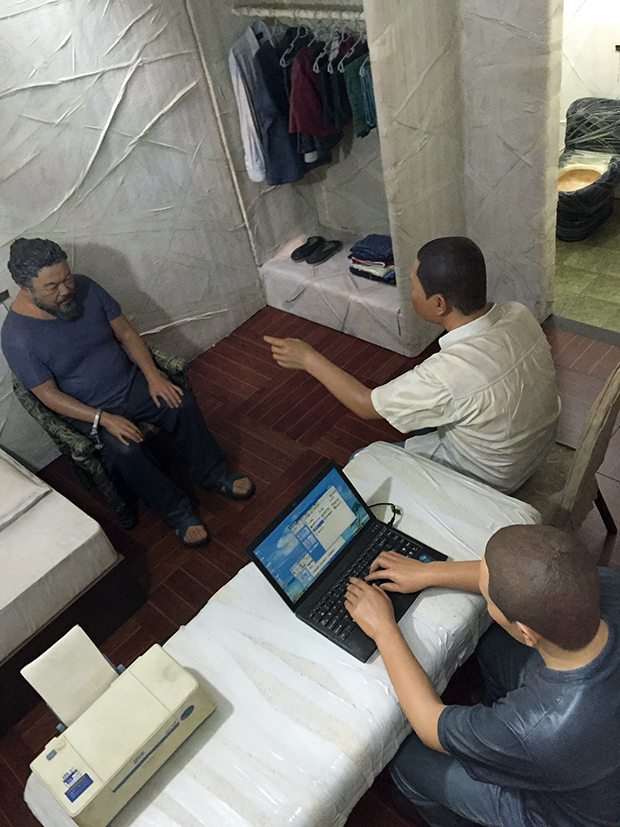 It's a viewpoint that the Royal Academy’s Tim Marlow addressed and confronted head on during this morning’s press tour of the RA’s truly excellent Ai Weiwei solo show when describing Weiwei’s 2013 work S.A.C.R.E.D, a series of uncomfortably lifelike dioramas depicting the artist’s 81-day imprisonment. The pieces, which debuted at the Venice Biennale that year, are a series of rusted metal boxes into which the viewer peers through tiny windows in the 'roof' and 'walls'. The scenario inside, as our photos show, depicts events in the jail where Ai Weiwei was held. Fibreglass figures of Ai and his jailers, in various poses, lay bare an internal universe where any semblance of human rights, human decency even, have ceased to exist. 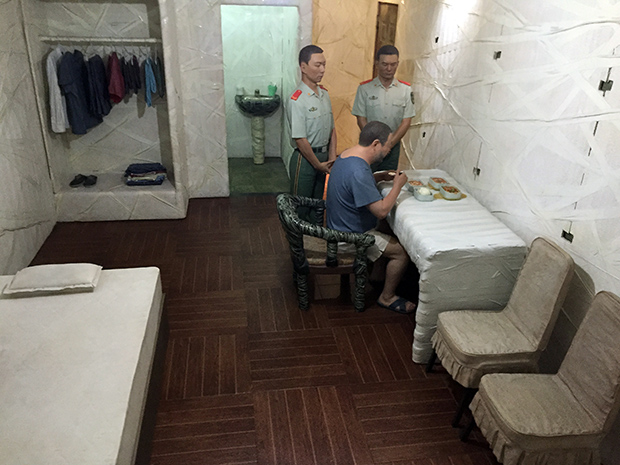 Marlow sets out, in no undertain terms, the shocking circumstances of Weiwei’s detention, as well its the psychological effects, and its influence which led to the work. You can watch the full clip, which we filmed on the curator tour this morning, below. Watch it full screen for a better experience. We'll be bringing you more films and stories behind the art works in the Royal Academy's great Ai Weiwei show in the coming days. Don't miss them and don't miss the show - it's a great one. Meanwhile for some in depth insight into this important artist, take a look at our monograph, the first major work published on Ai Weiwei in the West.