The alleyways, or hutongs, of the Dashilar district of Beijing (near to Tiananmen Square) are home to 60,000 native Beijingers, who live tightly packed into into its 1 x 1km area. Here along the winding lanes, you’ll find traditional calligraphers and dumpling bars, cheap hostels and shops selling tourist trinkets. But during the city’s first fully formed Design Week, which finished last week, the old crumbling courtyard houses and empty industrial spaces hidden along these age-old alleys also became a backdrop for some of the city’s emerging contemporary design.

At their best China’s young designers are looking at their current experience and picking away at history to create a new design language, where old crafts, current tastes and the recent past coincide. In one whitewashed room off Dawailangying hutong, a landscape of furniture housed within plywood crates, ready to be folded up and moved in minutes, occupied the space. This was the work of Naihan Li, a 30-year-old designer who trained in architecture at the Bartlett in London from 2000-2004 before returning home. “I hated Beijing in the 1990s, it was very tense,” she says. “But later I met Ai Weiwei through my father – he was a well known musician in the 1980s – and came back to work with him.” Naihan Li now lives in the gallery complex Ai built for himself on an outer ring road and her Crate designs – far from being a gimmick – were developed to fill the enormous space. To her they represent the speed of change and continual sense of movement in contemporary Beijing. “Life, and ideas around design, are moving so fast here. You have to be prepared to pack up, move on and change tack at any minute,” she says. 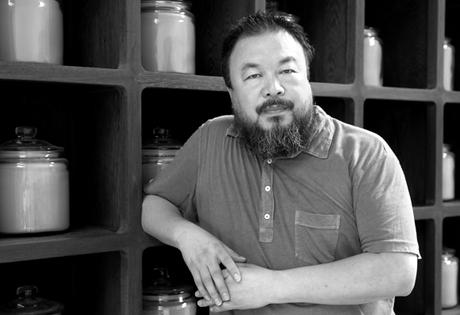 On the way there, we’d passed by the Tea House in Zhujia hutong, where _Tranquil Tuesdays_ was showing its wares. This is a social enterprise, set up by Charlene Wang who worked at the US Foreign Office for six years. Now she employs disadvantaged women in a business that produces high-end porcelain destined for the export market. A mix of tradition and innovation, Wang sees the business as one which knits together social need and the beauty of Chinese craft: shapes that have existed for centuries are decorated with highly contemporary crystalline glazes. 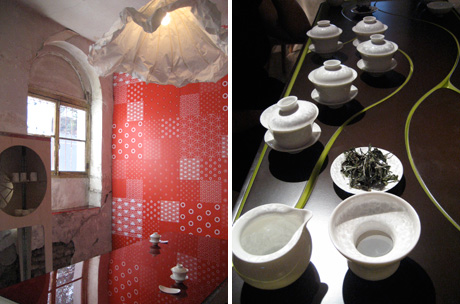 A different kind of history is being reflected by Lost and Found, a company looking back less than half a century to a time when a style of design, derived from Scandinavia and filtered through the Soviet Union, prevailed in the comfortable Beijing home. Lost and Found, run by American Paul Gelinas and Beijinger Xiao Mao, were camping out in Dashilar hutong, exhibiting their mid-century-inspired designs, often made from reclaimed teak. The sturdy sensible aesthetic has been out of fashion long enough for a new generation to reconsider its charms, perhaps even for its prohibitive communist associations to have been, if not lost, infinitely diluted. Not long ago, these pieces with their iron legs and seats upholstered in shades of murky greens and browns, would have ended up in a flea market. Now, they’re being remade and even travelling westwards. 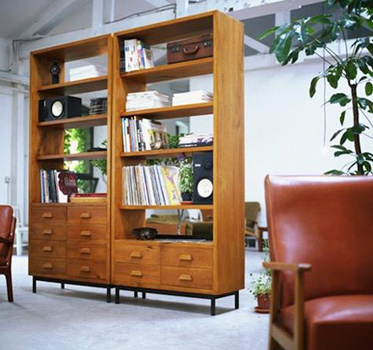