We always knew Ai Weiwei was a fan of Marcel Duchamp. The Chinese artist's massive bicycle sculptures made reference to both a mode of transport commonly associated with Chinese peasantry, and also Duchamp's first readymade, Bicycle Wheel (1913), consisting of the front forks and wheel of a bike fitted into a wooden stool. 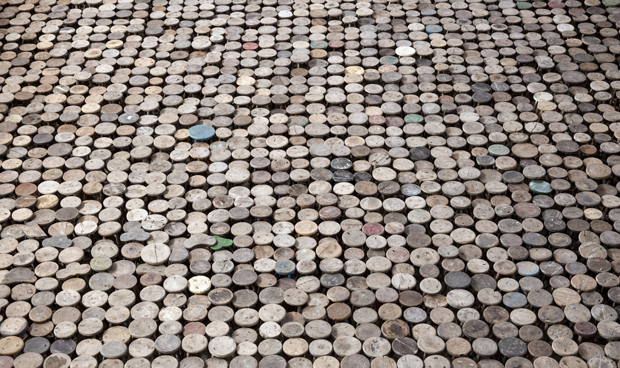 Now the Chinese artist has drawn on the stool part of that French surrealist's pioneer work for his latest exhibition, the largest ever devoted to Ai, which opens in Berlin this Thursday. The show, entitled Evidence, is at Berlin's Martin-Gropius-Bau exhibition hall, and consists of either entirely new works, or pieces never seen in Germany before. The exhibition is huge, taking up 3,000 square metres in total and running across 18 rooms. The most spectacular work, installed in the main atrium, is Stools (2014). 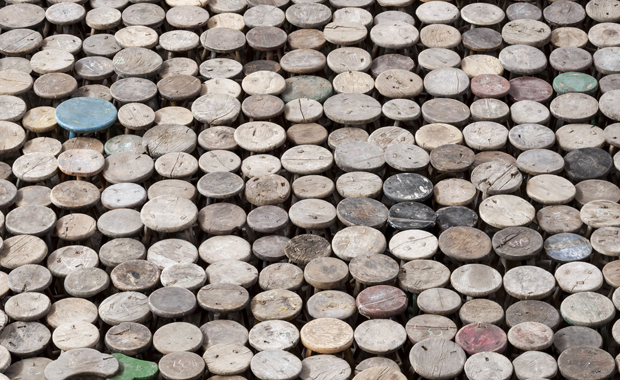 Consisting of 6,000 stools, "of the type that have been used in the Chinese countryside for hundreds of years, since the Ming Dynasty," the gallery states that "the result is an aesthetically pleasing, pixel-like work. These stools, according to Ai Weiwei, are an expression of the centuries-old aesthetic of rural China." The artist exhibited 886 antique stools, in a work called Bang, as part of last year's Venice Biennale. 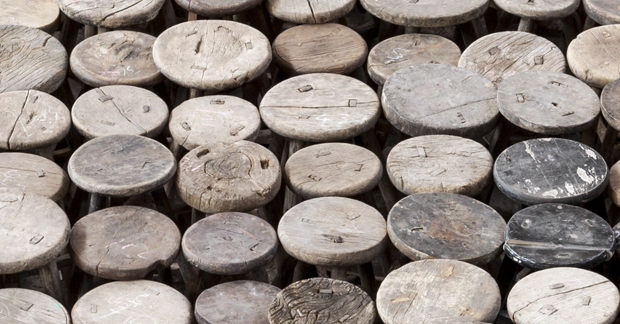 Ai himself was unable to oversee this new installation personally, since the Chinese government has yet to return his passport. However, looking at these shots, it's hard to not also think of the crowds of porcelain crabs or piles of sunflower seeds the artist has installed at other galleries around the world. Each is individual, and yet each lost in a field of near copies.

For more on the exhibition, which opens on 3 April and runs until 7 July, go here, and to learn more about this important artist, take a look at our Ai Weiwei monograph, the first and most authoritative to be published on him.