Wolverine debut artwork up for auction

A Marvel comic recently sold for over a million dollars, could this original Wolverine artwork top that figure?

Readers of Collecting Art for Love, Money and More, our book by Thea Westreich Wagner and Ethan Wagner, are likely to be ahead of most people when it comes to indulging their collecting passions in a truly rewarding way.

But one lucky 80s teenager made an equally fortuitous entry into the collecting world when he was given a piece of original artwork by the Marvel comics illustrator Herb Trimpe. Neither could have suspected at the time that the casual gift, depicting the debut of The Wolverine, on the final page of issue 180 of the 1974 comic book The Incredible Hulk, would become so sought after, so collectible and ultimately so valuable. In fact, the ink, graphite and blue pencil drawing would eventually come to be regarded as one of the most influential comic book images ever created. 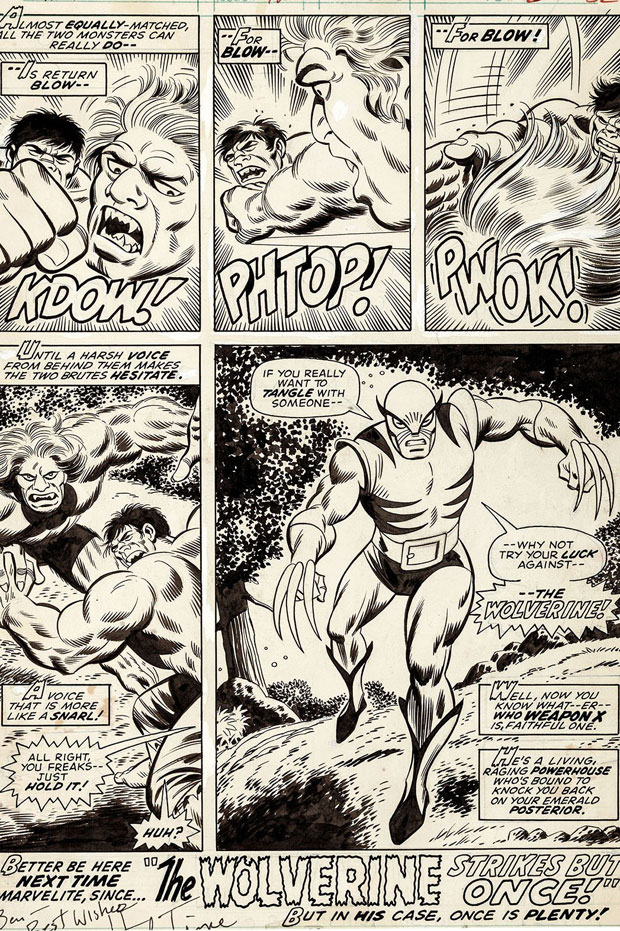 In the comic book collecting world where certain editions, let alone original artwork, can go for up to a million dollars - the Wolverine debut is widely held to be the most important debut of a comic book character in the last 40 years. The artwork is due to come up for sale at Heritage Auctions on May 16. Unsurprisingly, anticipation is high.

Vice President of Heritage Auctions Todd Hignite says it's "indisputably one of the most significant pieces of original comic art to ever surface. Up until the day I actually saw it and held it in my hands, I had a hard time believing it even really existed. Since the consignor isn't a collector, and therefore unknown to everyone in the hobby, it just wasn't even known for sure this survived."

"Comic art just doesn't get much more exciting than this," added Hignite. "We're anticipating a tidal-wave sized surge of interest in this piece, not only from all of the top comic art collectors, but from bidders all over the spectrum swept away by this piece's unparalleled importance to both Marvel Comics and Pop Culture history. Wolverine is by far the most popular superhero for an entire generation, and the original art for such a dramatic first appearance is just impossible to find." 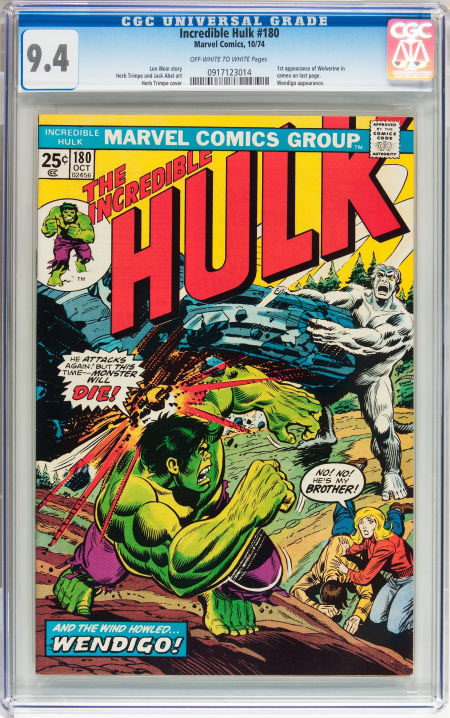 In a pleasing twist to the story, the current owner of the artwork has specified that the majority of the post-tax proceeds from the sale be donated to various charities - one of which, Hero Initiative, is a not-for-profit corporation dedicated to helping comic book creators who have fallen on financial hard times. "I'm sure the fruits of this sale will be greatly appreciated by all concerned," Trimpe says.

If you'd like to know what makes investments and certain pieces gain in value while others drop, how you can profit out of buying pieces you love - financially and psychologically - you need to pick up a cope of Collecting Art for Love, Money and More. Couple it with Manga and your next purchase may prove to be something more rewarding than just a great read.