What to expect from Art Basel 2014

Art Basel, the world’s largest modern and contemporary art fair opens in the Swiss city later this week. As Bloomberg reports, $4 billion worth of art is about to be sold - hugely exciting if you’re involved in the transactions, but still engaging, even for less professional onlookers.

Much of the programming around Basel aims to captivate visitors, convincing them that the event is more than a simple trade show. Of course, the Galleries sector, where 230 private commercial galleries display their wares, accommodates the bulk of the event’s exhibitors; here, for instance, you can see pieces by the likes of Wolfgang Tillmans, Bruce Nauman and Yayoi Kusama (at David Zwirner’s stand F5 in Hall 2). 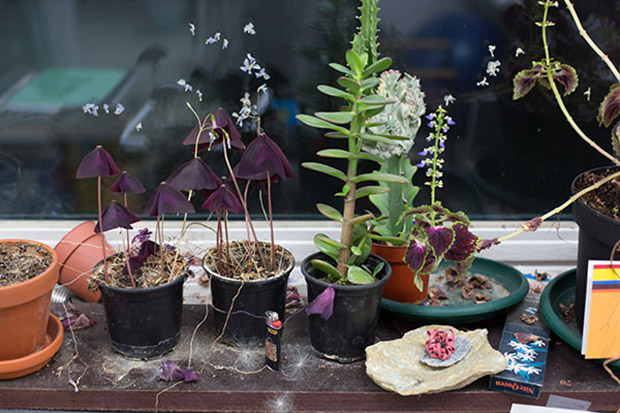 The fair’s other sectors might not pack in quite so many exhibitors, yet they’re more likely to attract casual onlookers: there’s Feature, with larger, more carefully created shows, commonly devoted to one artist, the pioneering video artist Beryl Korot has a show here, courtesy of the bitforms gallery; Statements is for solo projects by young, emerging artists – look out for a David Brooks show here, courtesy of American Contemporary; Unlimited is ‘Art Basel's pioneering exhibition platform for projects that transcend the limitations of a classical art-show stand’; that’s where you can see Carl Andre’s Steel Peneplain (1982), a minimalist metal slab arrangement, originally produced for dOCUMENTA (7); also there’s Parcours for public works set outside the show’s halls in the city itself, look out for Holmby Hills Light Folly, a 2012 work by Chris Burden, using antique LA street lights, overseen by the Gagosian; as well as dedicated film and publishing strands, and a talks series, called Conversations; Wolfgang Tillmans is the subject of the inaugural talk; fair-goers can catch him in conversation with his long-time gallerist Daniel Buchholz this Wednesday, June 18 from 10am until 11am. 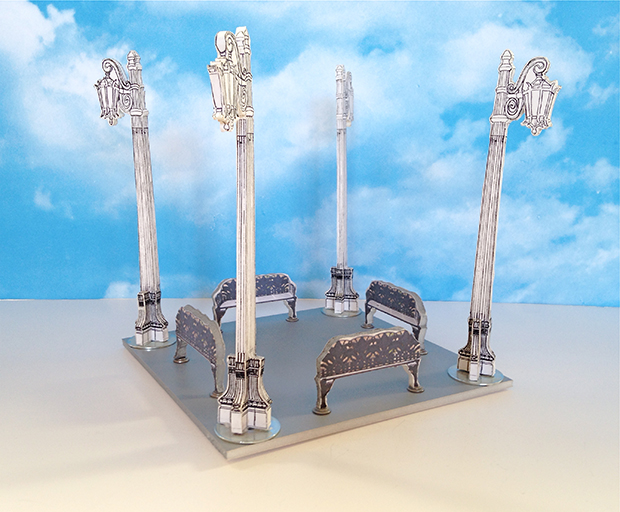 However, the big, new additional strand, likely to pull in the widest audience this year is called 14 Rooms, and takes place in Hall 3 at the Swiss exhibition centre, in a exhibition set designed by Herzog & de Meuron. Curated by Phaidon author and Serpentine Gallery curator Hans Ulrich Obrist, and MoMA PS1’s Klaus Biesenbach, 14 Rooms invites “14 international artists to explore the relationship between space, time and physicality.” 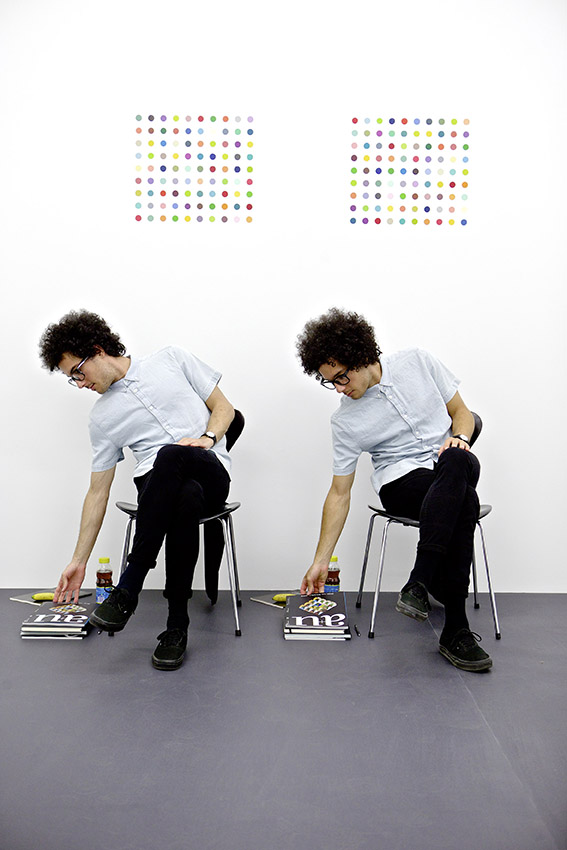 Put more simply, 14 Rooms is a performance art space, featuring those well known within this form, such as Marina Abramovic, Tino Seghal, Yoko Ono and Bruce Nauman, as well as artists less commonly associated with this practice, such as Damien Hirst. The artists themselves don't put in a performance, but have instead sent a proxy.

Some, such as Jordan Wolfson’s spooky animatronic dancer (Female figure) 2014, are quite unhuman, while the guy standing in for Nauman’s Wall-Floor Positions (1968), wherein a performer “re-enacts a set of twenty-eight positions which are related to the wall and the floor” are rather ordinary. 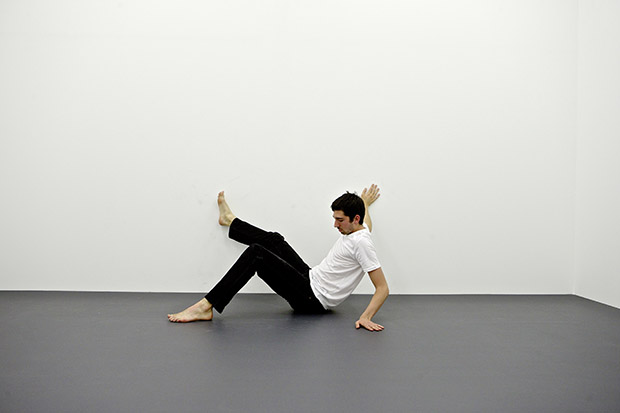 Many of the works, like Hirst’s contribution, wherein he pairs a couple of identical twins with a couple of his famous spot paintings, were shown at the Manchester International Festival in 2011, at the International Arts Festival Ruhrtriennale 2012-2014 in Germany and at Kaldor Public Arts in Sydney in 2013, in earlier iterations of the show, called 11 Rooms, 12 Rooms and 13 Rooms respectively.

Nevertheless, Obrist thinks the nature of the work, which alters with every performance, sets 14 Rooms apart. “It is interesting how performance scores can travel through time, like poetry,” the curator says. “The work can happen again and again, our exhibition is a series of scores which can be revisited later.” 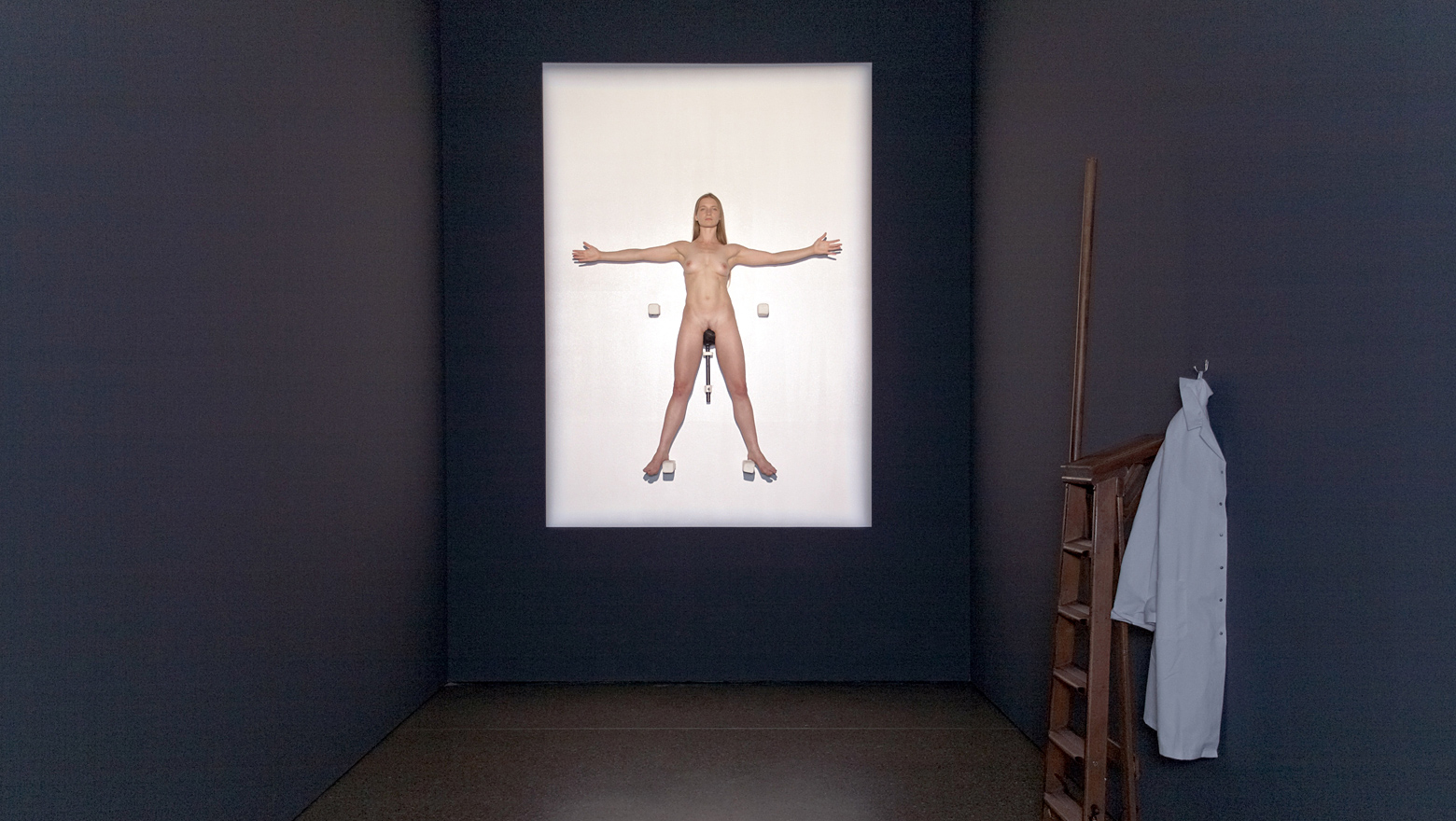 It also appeals to Art Basel’s more established patrons. “Performance art makes even a seasoned viewer stop, think, react and interact,” Nilani Trent tells the paper, “in a way most people never experience at an art fair, or with art in general.”

And these unique interactions certainly set Art Basel apart from its rivals. Find out more about the fair here, about 14 Rooms here; you can buy our new Wolfgang Tillmans book here; our Marina Abramovic monograph here; our Carl Andre book here; and for some wise advice on how to operate in the art market, buy a copy of Collecting Art For Love, Money and More. If you're going, enjoy the fair.