Why is Johnny Depp hiding his art collection?

Which works occupy these obscured frames in Depp’s LA home, currently on the market for $12.78m?

They say it’s wise to remove family photographs from the walls of your house before you put it on the market, as prospective buyers could find it hard to picture themselves in such a setting. Perhaps that is why Johnny Depp’s art collection is so hard to make out in these images.

The actor’s five adjacent Los Angeles penthouses went onto the market a few days ago via Partners Trust, with an asking price of $12.78 million, and accompanied by a series of photographs in which Depp’s art collection is purposefully obscured. 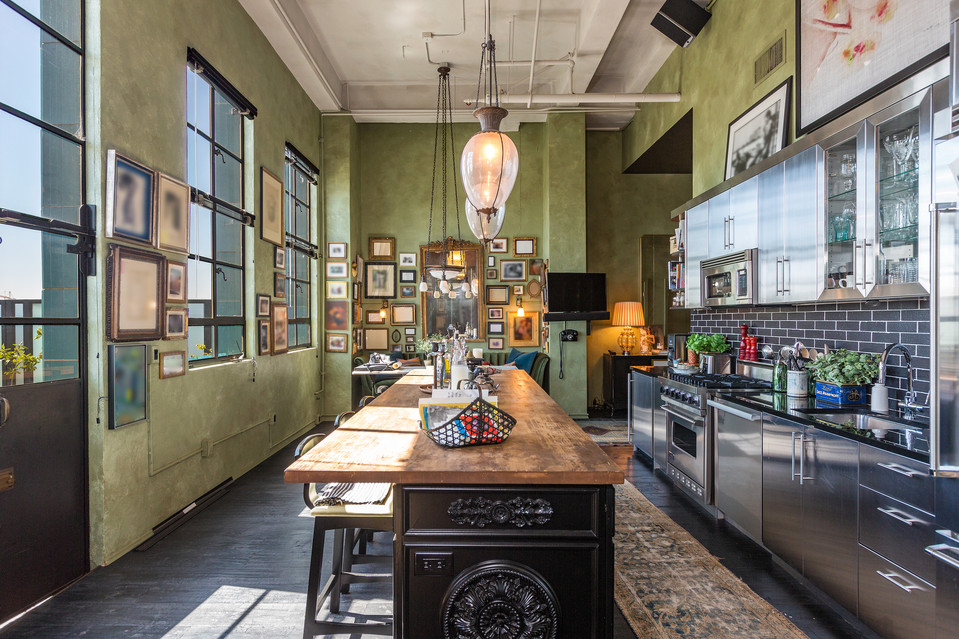 The apartments, in the 1930 Art Deco Eastern Columbia Building, Downtown Los Angeles, were acquired by the actor in 2007 and 2008, for about $7.2 million. Rather than making them one appartment, the Wall St Journal reports that Depp chose to add connecting doorways to three of the units, while two others were used as an art studio and a guest suite. 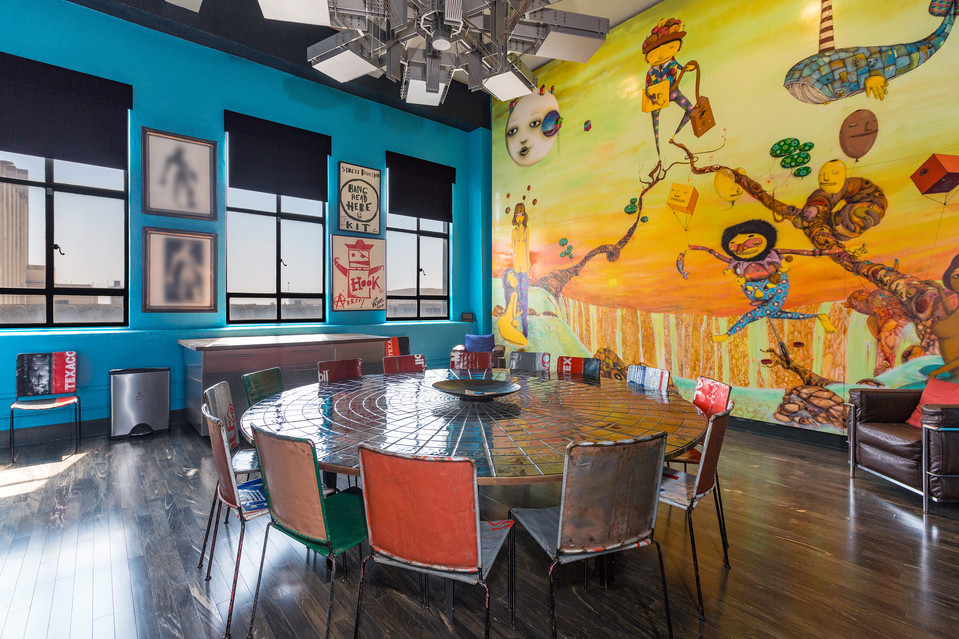 Indeed, art features pretty prominently in these homes. You can’t fail to make out the huge, unobscured mural by Brazilian street artist OSGEMEOS, which Depp commissioned especially for the place, and is apparently taking with him when he leaves.

However, it’s a little harder to make out the other pieces on the walls. What could be in those frames? Well, probably some of Depp’s own work; the actor is also a keen painter. He’s on good terms with the New York Neo Expressionist Julian Schnabel who directed the actor in his 2000 film, Before Night Falls. He owned a number of works by Schnabel’s contemporary Jean-Michel Basquait, though these were sold in the summer for $11,583,795 (£8,677,000). 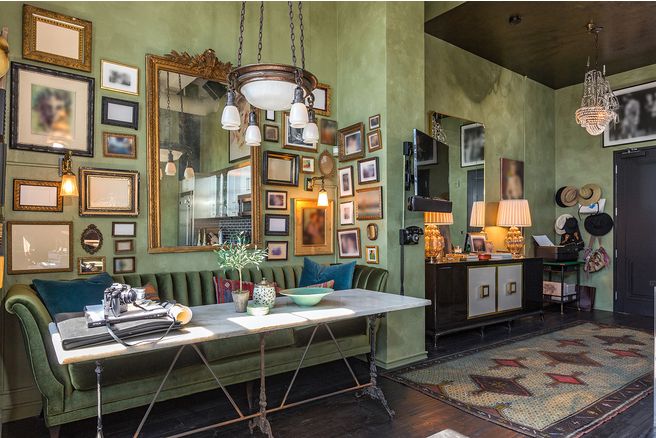 He’s also into outsider art, having owned a painting by the US serial killer John Wayne Gacy, though he’s since offloaded that. An image posted by the Australian portraitist Vincent Fantauzzo suggests the actor also owns Fantauzzo’s award winning 2008 portrait of Heath Ledger.

The collection, judging by these images is pretty varied, with photographs hanging alongside oil paintings, etchings and prints. Whatever lies in these frames, it’s comforting to think that Depp, with so many diversions to choose from, finds so much time for fine art. 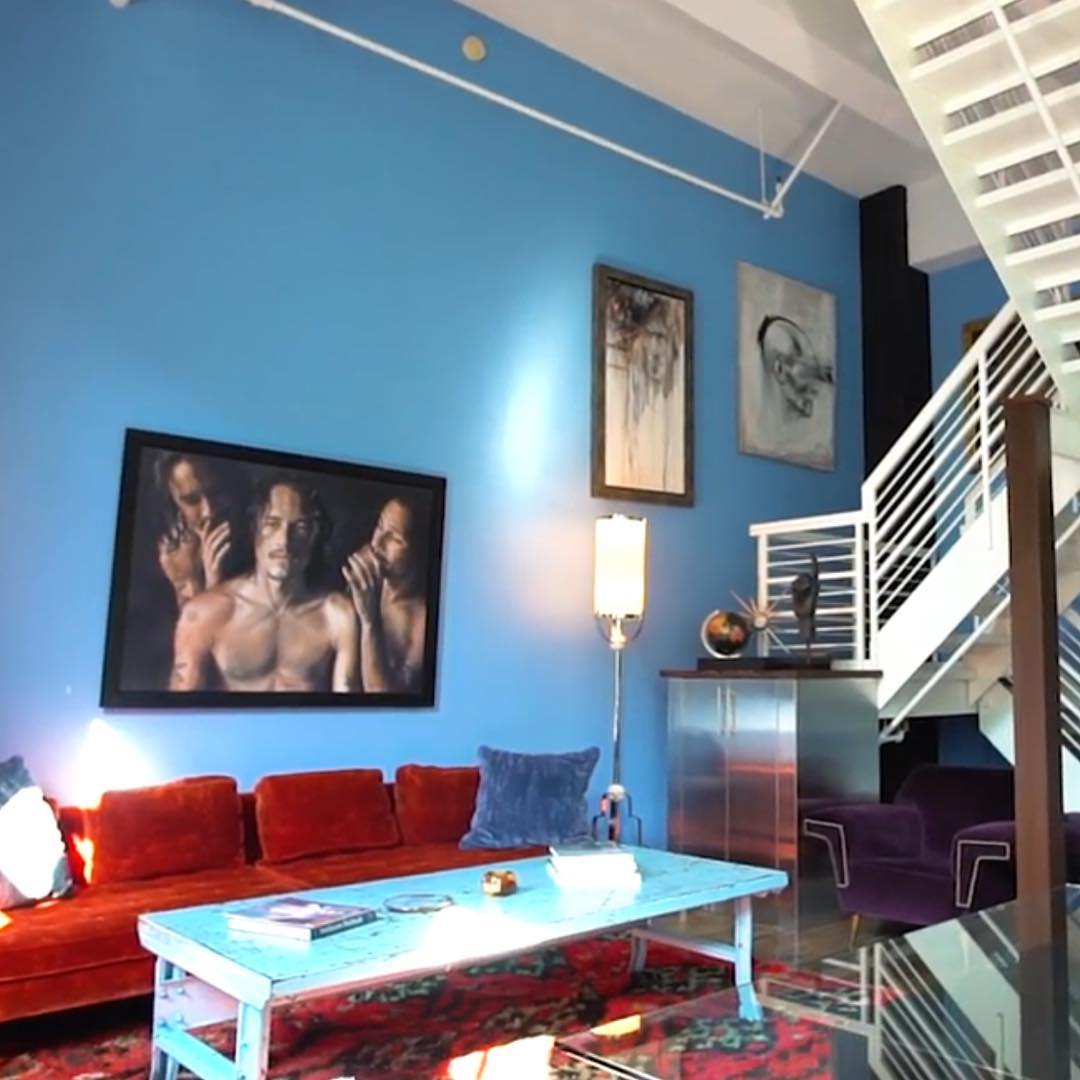 To understand more about buying art, get our resume of cutting edge contemporary painting Vitamin P3 New Perspectives In Painting,  Collecting Art for Love Money and More; to browse through and perhaps buy a few works, take a look at Artspace.