What to expect from The Armory Show 2013

A century on from America's introduction to modernism, NYC's art fair turns its focus to the USA

From February 17 until March 15, 1913, visitors to the 69th Regiment Armory on Lexington Avenue, Manhattan, had the chance to get acquainted with the European avant garde. Works by Duchamp, Kandinsky, Braque and Picasso were hung alongside paintings by the more pioneering domestic artists, like Edward Hopper, in an event – dubbed The Armory Show - that was generally regarded as the beginning of modernist arts appreciation in the United States.

Although the organisers behind 2013's Armory Show acknowledge the centenary, this latter-day art fair began in 1994, when four prominent dealers hosted their first annual show at the Gramercy Park Hotel. Nevertheless, the event was held to 69th Regiment Armory in 1999, and, though it has since relocated to its current home on New York's piers, it still retains the name, and perhaps the avant-garde ambitions of their 1913 exhibition.

This year, in a tribute to last century's event, Eric Shiner, Director of The Andy Warhol Museum, Pittsburgh, will curate Armory Focus: USA, “a broad snapshot of the country’s contemporary cultural practice.” As Shiner explained, “[2013's] fair will stand as a testament to the fact that the avant-garde took root here and prospered, just as it will highlight the very best artists and artworks available today.”

Centenary or no, 2013 sounds as if it will be a vintage year for the Armory, which takes place 7 – 10 March, 2013, at the Piers 92 & 94 in central Manhattan.
2013's fair will draw around 200 galleries from 30 countries – not as geographically diverse as some shows, but certainly a good place to gauge international tastes and trends. 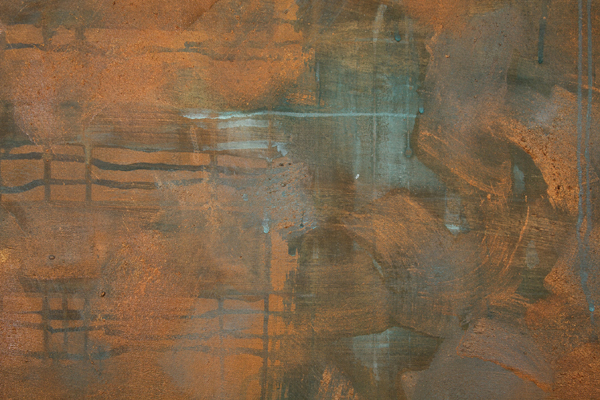 Pier 94 will house The Armory Show – Contemporary, featuring leading international galleries representing new art by living artists; meanwhile The Armory Show – Modern, in Pier 92, is dedicated to international dealers specializing in historically significant Modern art.
The Contemporary sections look as if they're drawing in galleries from further afield than the Modern show, which has a higher representation of domestic galleries. Nevertheless, it is within the contemporary pavilion that Shiner's USA focused displays will be on show. Among his selections are an Andy Warhol display from The Gagosian Gallery; a Suzanne Geiss Company Space, devoted to the hip, psychedelic artist, Assume Vivid Astro Focus; and a Churner and Churner booth, showing Elise Adibi's Oxidation Painting (2011). which update Warhol's own, infamous piss paintings.
There will also be the usual video and performance art strands, and discussions, as well as a great opening part at MoMA and some interesting architectural treatments courtesy of Brooklyn's own Bade Stageberg Cox practice.

However, the piece we're really excited by is the The Armory Show’s 2013 Artist Commission. The fair has invited Liz Magic Laser to produce a new work. Magic Laser – a New York based artist who insists in most press releases that “Liz Magic Laser is her real name from birth”- works within dizzying media, which includes performance, theatre, video and installation. Think Jean Luc Godard meets Tino Sehgal and you're pretty much there. Or, more simply, take a look at these videos.

For more on the show, visit The Armory's site, and if you're going with a purchase in mind, don't forget to pre-order our buyer's guide, Collecting Art for Love, Money and More.