Fancy a quick lie down at Frieze? You're in luck!

Just what is it that makes today's homes so different, so appealing? First posed by Richard Hamilton it's also a question raised in ÅYR’s work. The art collective was founded in London by Fabrizio Ballabio, Alessandro Bava, Luis Ortega Govela, and Octave Perrault, originally under the name AIRBNB Pavilion, after the satellite event the group held at the 2014 Venice Biennale. Renting a series of Venetian apartments via the home-sharing site Airbnb, the group’s show sought to examine how design responds “to new conditions of lifestyle and inhabitation.”

Unsurprisingly, Airbnb Inc. didn’t take kindly to the use of their trademark, and issued the group with a cease-and-desist letter. However this hasn’t prevented Fabrizio, Alessandro, Luis and Octave from continuing their critique of contemporary domesticity. Read on to find out how their smart-bedroom Frieze Project, called Comfort Zone, examines the commodification and digitization of cosiness, and why, for them, it is a privilege to be at the fair. 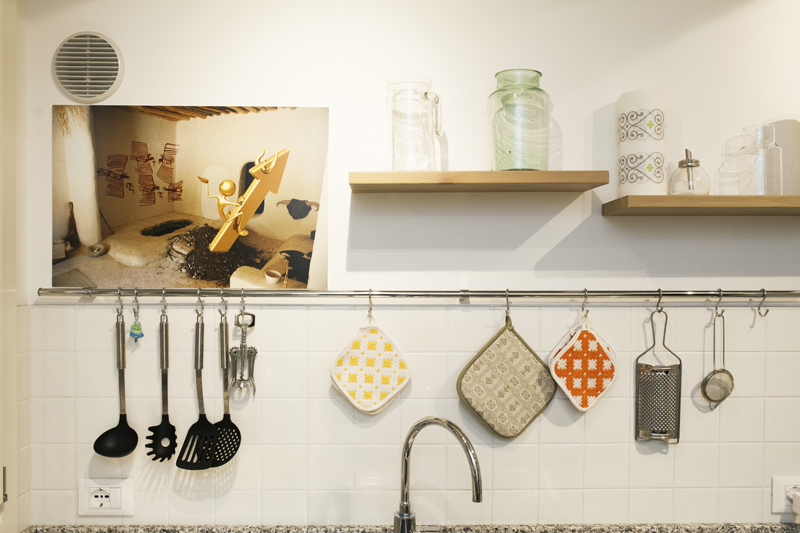 What have you got planned for Frieze? "Our project for Frieze constructs an anachronism around notions of comfort, privacy and display within a seemingly domestic environment. The suite of six rooms cuts throughout the central tent at the point at which it meets its neighbouring one so that, while walking by, it almost appears as a hallucination. The rooms are the size of a standard master bedroom, differently coloured according to global domestic palettes we found researching “calming neutrals”, and furnished with the most comfortable beds available on the market, as well as pendant ceiling lights augmented with smart technology.

It draws upon the recent emergence of cosiness, chilling and entertainment in entrepreneurial rhetoric, caricatured in the start-up and freelancing cultures. This shift is visible in the design of these spaces that freely employ domestic signifiers like fireplaces and hot tubs to transform the sterile corporate lounges into homey interiors. Nonchalance, laziness, happiness has become a mainstream cachet of professional success, probably helped by the fact that it is still a form of production. Conversely, the rhetorics of efficiency and production drive the products of the smart home, not to say that watching a movie in bed or texting your mom already generates data that has some sort of value. We are interested in the ways these dynamics are transforming the home as an aesthetic and as an architecture, as a concept and as a feeling."

How do you hope viewers will react to your Frieze Project? "We hope visitors will use this space in a spontaneous, unmediated way. We want people to believe in the candour and the welcoming aura of the space. To relax and to escape. To work and to finalise deals. But then again we are not so concerned with the use of the space or the reaction, we have designed an experience and an ambiance, so that’s what we care about. Trying to design uses or reactions is hopeless." 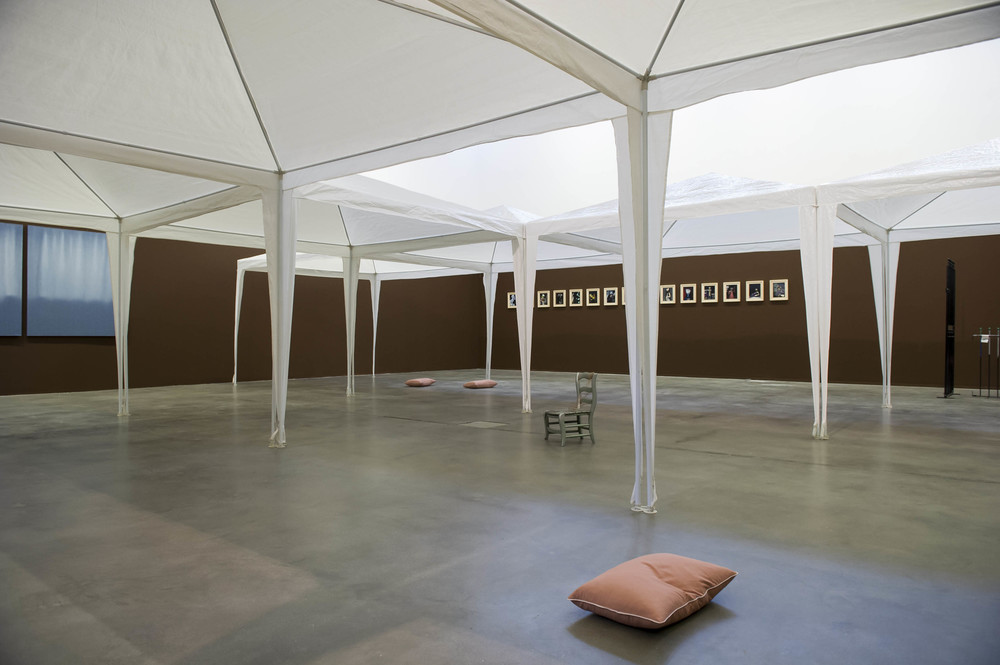 Installation view from Welcome, You're in the Right Place (Turin, 2015) by ÅYR

What do you make of art fairs like Frieze? How would you change them? "The question for us is how a context like Frieze can influence our work. The context of the work takes an important place in our creative process. The spirit of the place is something that works better in art rather than architecture. We were mainly interested in the fair part of an art fair: Comfort Zone only uses products that are available in retail and that are used the way they are supposed to be, just like any commercial fair. They are altered, but an important aspect of our intervention is to combine them specifically for that context. It was also interesting to deal with Frieze Real Estate to define our location and size of our space. Since we are commissioned by Frieze Project, the non-profit programme of the fair, we had to be strategic to get what we wanted because galleries pay thousands for each extra square meter: this resulted in the amazing privilege to be squatting at the fair!" 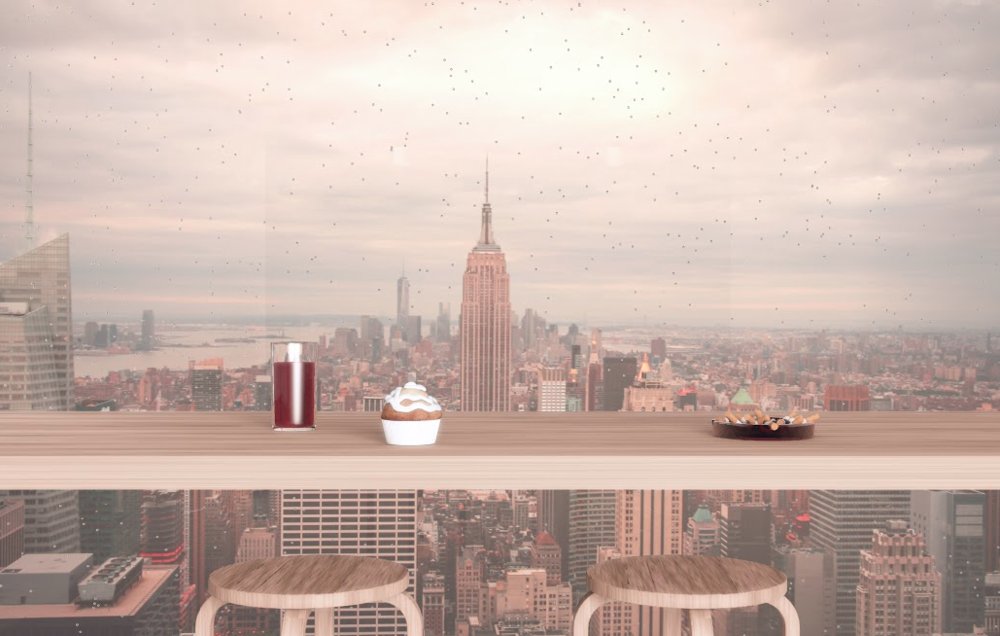 How did you all meet?  "We all met at the Architectural Association in London, and even though we were in different courses our interests overlapped somehow in respect to the urgencies we found within the architectural discourse. So naturally we all worked together on different projects, but it was only until the 2014 Venice Biennale when we did the AIRBNB Pavilion that the four of us worked as a group."

Are you all architects?  "Yes but more than a title, it is our interest. It’s funny because an architect means different things for example in the eyes of the RIBA in actual fact none of us can really call ourselves architects, which points out the disparities between the profession and its content. What has drawn us to study architecture, is that it formalizes problems spatially, so that the world as an aesthetic phenomenon begins to resonate with meaning. ÅYR is strictly an art collective, so within this framework it determines the subjects we are exploring, and at the same time it influences the way in which we work as a collective and the work itself." 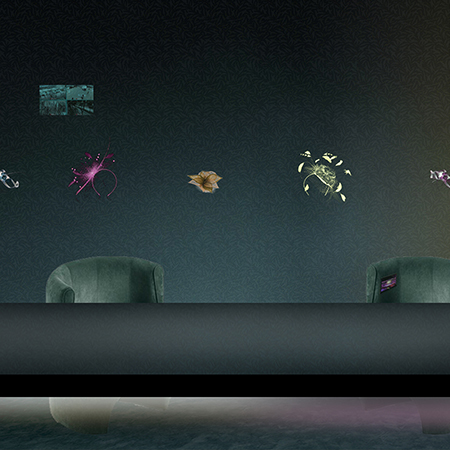 Could you tell us a little bit about your Venice Architecture Biennale exhibition?  "The exhibition in Venice came out of a feeling of frustration towards the official Biennale, which focused on what Rem Koolhaas had defined as “fundamentals”: rather arbitrary ‘eternal’ elements of architecture, which failed to directly address present issues. We were interested in how internet-enabled phenomena, like the sharing economy, affects the built environment, and more specifically domestic space, in its aesthetic and affective qualities. The exhibition happened in a series of apartments rented on a home sharing website; we actually were also staying in one of the apartments which made the whole thing a meta experiment on contemporary domesticity."

You used to be called AIRBNB Pavilion. What happened? "A little less than a year after working under that name we received a cease-and-desist letter from the lawyers acting on behalf of Airbnb Inc. for trademark infringement. So we changed our name to ÅYR. While this was happening all our followers on Instagram were transferred to the official @airbnb account. All that is solid melts into ÅYR."

Frieze London is open to the public 14–17 October 2015. For more on the changing nature of our built environment get a copy of Living in the Endless City