"Hito Steyerl is a majorly important artist, maybe one of the most important of our time, and her work is always provocative and compelling."

Not our words but those of Thea Westreich Wagner, the respected art advisor and co-author of the Phaidon book Collecting Art for Love, Money and More. Which is why we thought you'd like to know that Artspace is currently offering a limited edition silkscreen print in 7 colours of her 2005 work, Gosprom. There are just 35 copies in the edition and the work is signed and numbered by the artist. It measures 27.56 x 27.56 in (70.0 x 70.0 cm) and could be yours for just $1,800, £1,253 or €1,581.

Based in Berlin, Steyeri is perhaps best known for her video essays, which delve into pressing contemporary issues such as globalization, feminism, militarization, and, arguably most central to her practice, the mass proliferation and dissemination of images and knowledge through digital technology. 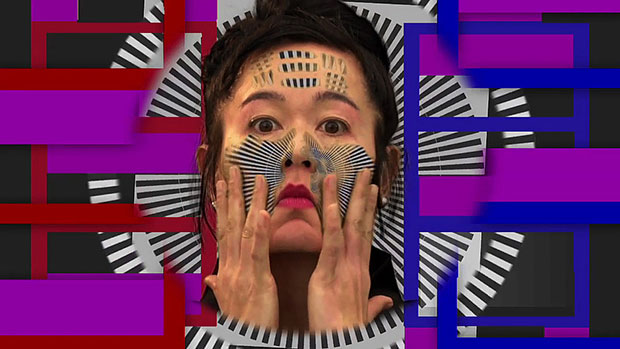 Despite their relative youth, Steyerl's videos have already achieved widespread recognition in the art world for their trenchant yet oblique approach to the way technologically captured images affect our personal and political experiences in a global capitalist society. Part of their charm lies in the fact that, aside from a marked dystopian cast (mixed with hints of empowerment here and there), hard-and-fast ideological stances are blurred, or leavened, by her work's twisting, elliptical logic.

“I am a filmmaker and writer. It just sort of happened that people started calling me an artist,” Steyerl told London’s Institute of Contemporary Arts in 2014. “But I consciously try not to comply with it too much.” Steyerl’s work is fundamentally documentary in form, featuring extensive research, composite imagery, montage and, occasionally, first-person voiceovers.

Check out her work at Artspace here. Buy a copy of Collecting Art for Love, Money and More here and for more cutting edge 21st century artists you really should know about, check out The 21st Century Art Book.