Get your face slapped, take a boat down the river and check out Wolfgang Tillmans' central nervous system

At the VIP preview of Frieze Art Fair in New York yesterday, Contemporary Art was reunited with its increasingly influential friend, Celebrity. Even if you have zero interest in boldface names, it was impossible not to get caught up in who was there at yesterday’s invite-only preview of the annual contemporary art fair at Manhattan’s Randall’s Island Park.

An excitable lady at the White Cube stand was shouting into the phone that she’d missed Leonardo di Caprio but had spotted Marc Jacobs. Phaidon bumped into the former Germany and Chelsea footballer Michael Ballack wandering distractedly around some Carl Andre works. “I’m just here to enjoy the art and have fun,” he told us.

Frivolity was indeed the order of the day: attendees are having fun checking into the hotel-within-the fair restaging of Allen Ruppersberg’s 1971 installation Al’s Grand Hotel and travelling down the East River on Brooklyn artist Marie Lorenz’s boat Tide and Current Taxi.

"Usually when people come to New York, they fly in to JFK, get zipped around by taxis, travel by subway and seldom get a sense they're on an island inside of a moving estuary,” Lorenz said. “In my boat, riders are very close to the water and get a real sense of the scale of the island.” 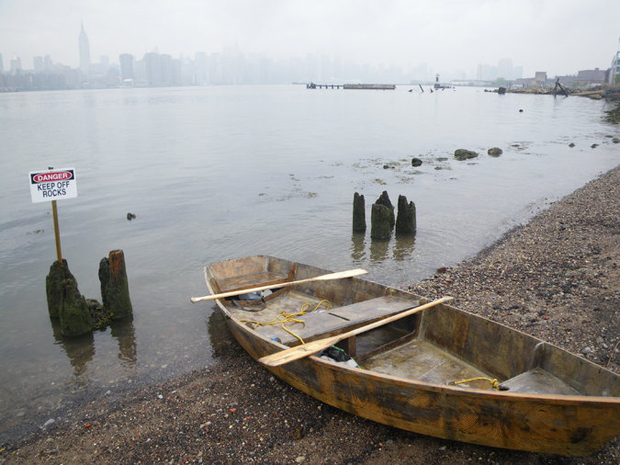 On reflection, Marie Karlberg's video work Slapped. in the Fair's Gap Lounge (yes, that Gap) in which she slaps her friends hard across the face is not that funny, though it's certainly striking. Faces ping up on the screen, there's an excruciating wait, then they're slapped. Simple, effective and yours for $3,000. The artist was also present, offering VIP guests the chance of appearing in one of her videos.

Given an invitation like that and the sheer hard slog of a major art fair - even one as well designed by architects SO-IL - it's perhaps understandable that there are more than a few people who head straight to Deutsche Bank’s VIP lounge and stay there, quaffing champagne for the duration of their visit.

But let’s not overlook the overriding artistic purpose of Frieze. 190 exhibitors have stands this year, a testament to the fact that more deals are being done than ever. Nicholas Logsdail, owner of the Lisson Gallery, took time out from running his booth showing works by Phaidon artist Anish Kapoor and Cory Arcangel to tell us why he’s showed up to every single Frieze fair since it began life in 2003. 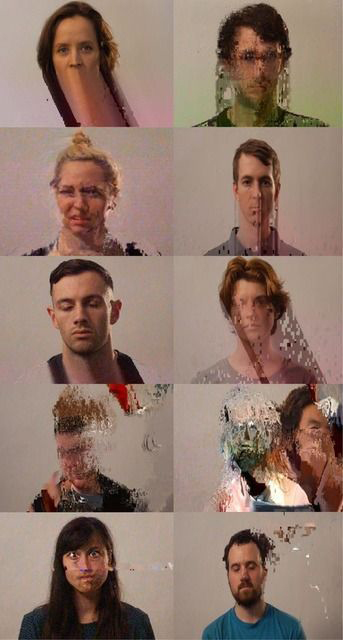 “I’m here to support our artists and give them presence and profile,” he said. “Galleries are special private places- a well-attended show might attract a few thousand people. At a fair you’re getting a specialist audience who have come to see a sector of the contemporary art market.  Contemporary galleries have to be hungry beasts these days and they need the constant flow of sales and the development of the artists’ careers to make what they do possible. It goes full circle. It’s a beautiful system as well as being a wasteful and inefficient system. But how else would we do it?”

His thoughts echo Phaidon artist Wolfgang Tillmans' comments and those of our Collecting Art for Love Money and More authors Thea Westreich Wagner and Ethan Wagner.

Logsdail didn’t think Frieze, which set up its Manhattan wing in 2012, has changed all that much: “They had an idea that originated from the magazine and have stuck to their guns ever since. We’ve stuck loyally to them and usually get a very good result.”

Illustrating just how global contemporary art has become, the London gallery Wilkinson is presenting a solo booth of work by Joan Jonas who is representing the US at the 2015 Venice Biennale. Meanwhile American London-based art owner Maureen Paley is making a splash showing recent work by Phaidon's Wolfgang Tillmans.

Paley is showing two pieces from Tillmans' central nervous system group of pictures. "They're portraits and details and close ups of one person," Wolfgang told us. "At times the effect is uncanny, like a feeling of what is underneath the skin - the machine underneath the skin. And at the same time the pictures are charged with an emotional closeness and intimacy. They speak about what it’s like to be in our skin and how this is all held together and controlled by the nerves." 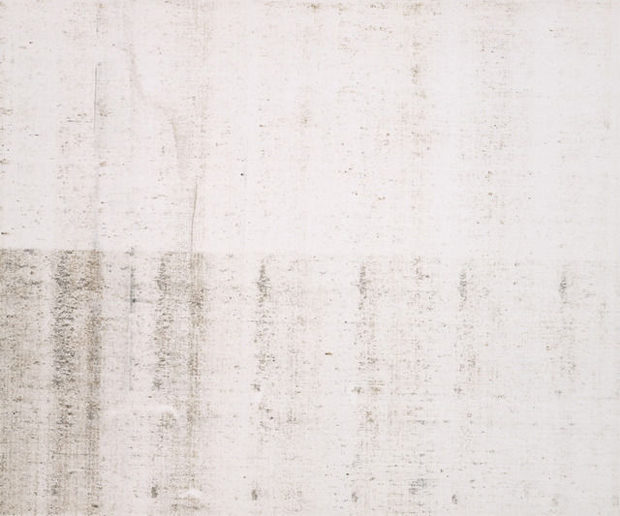 Meanwhile, Tillmans' Berlin and Cologne Gallerie Bucholz in booth C46 of the fair are showing large framed pictures of the silver family of works. "They are works which are in one way abstract but are actually very concrete because they are enlargements from photographic paper which I feed through my dirty processing machine," Wolfgang told us. "This creates these mechanically produced pictures. "They are studies of infinite little bits of chemical residue on the surface of a photograph."

The VIP preview served as a stylish introduction to the main event with events today and over the weekend including talks from Phaidon authors Okwui Enwezor and Adam Scymczyk.  “The initial concept of the Frieze Art Fair was such a sound one,” Nicholas Logsdail said, “that as long as people are interested in the front end of contemporary art, it will always have its place."

If you can't make the fair this weekend check out our Frieze-related books in the store. They won't cost you as much as an artwork though we'd like to think they'll give you as much pleasure. And, if you are going to Frieze with a view to buy, they'll help you avoid making a costly mistake. Enjoy it if you're going.