The man who linked Rodin to Stephen Shore

It seems barely conceivable that a living artist could have conversed with both the titan nineteenth-century French sculptor Auguste Rodin and the father of modern colour photography Stephen Shore. Yet in his 93-year-long life, the photographer and photo curator Edward Steichen, born on this day (27 March) in 1879, did just that.

Steichen was born in Luxembourg; his family immigrated to the USA in 1890, and throughout his life he tried to reconcile the high-art principles of the old world, with the newer technological opportunities offered by photography.

Steichen, although best-known for his photography, was also a painter and a curator, and was quick to familiarise himself with the leading figures of his day. In 1902, while still in his early twenties, he visited the French sculptor Auguste Rodin in his studio just outside Paris, to take what is widely regarded as both one of the best photographs of another artist, and one of the finest photos of another work of art. 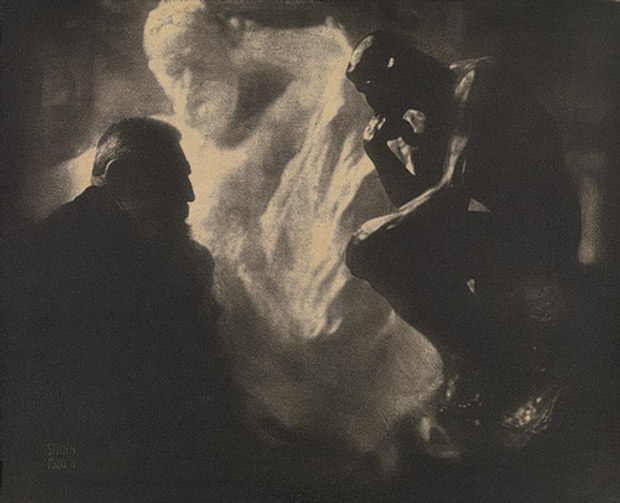 Edward Steichen, Portrait of Rodin with The Thinker and the Monument to Victor Hugo, 1902. From our Rodin monograph and The Photography Book

“The sculptor Rodin is sitting lost in thought in the presence of the dark figure of The Thinker from his own Gates of Hell, and of a stature of Victor Hugo behind,” writes Ian Jeffrey in our recently published The Photography Book. “All three represent genius as an affair of hand and head, light and darkness, and the struggle to transcend the problems of ordinary life in the material world.

“Steichen thought of himself as just such a genius caught between the conflicting priorities of art and public service. Having originally trained as a painter he believed in the role of the photographer as a creator subject to inward visions. He was deeply influenced by Alfred Stieglitz in New York, and from 1900 onwards was active in the art world in Paris, where he was elected to [French art photography society] The Linked Ring in 1901.” 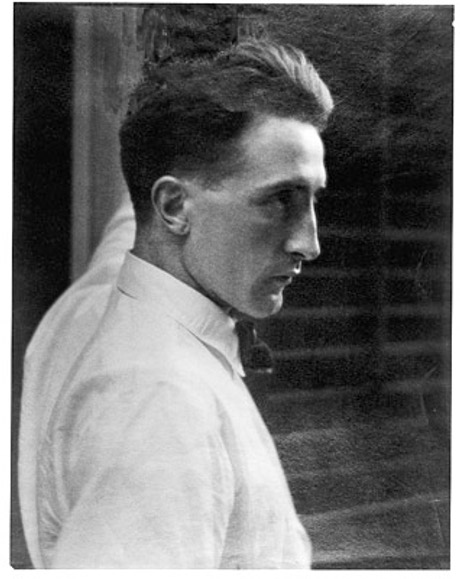 As curator, Steichen, working alongside his fellow photographer and curator Alfred Stieglitz also staged early US exhibitions for such artists as Paul Cezanne, Henri Matisse, and Pablo Picasso, and also popularised the photography of Ansel Adams. As a photographer, he shot notable artists, including Duchamp, Matisse and Constantin Brâncusi, as well as business magnates such as JP Morgan, and film stars, including Greta Garbo.

Commercially, he was a successful photographer, yet he never abandoned his ambition to elevate photography as an equal medium among the fine arts. After World War II, he served as Director of the Department of Photography at the Museum of Modern Art, remaining in this position from 1947 to 1961. This was a period of great technological and artist development, with Abstract Expressionism, Minimalism and Pop Art all taking route in the city. Nevertheless, Steichen remained remarkably attuned to the spirit of the age. During his final few months at MoMA Steichen also helped a surprisingly young and phenomenally talented photographer begin his career. 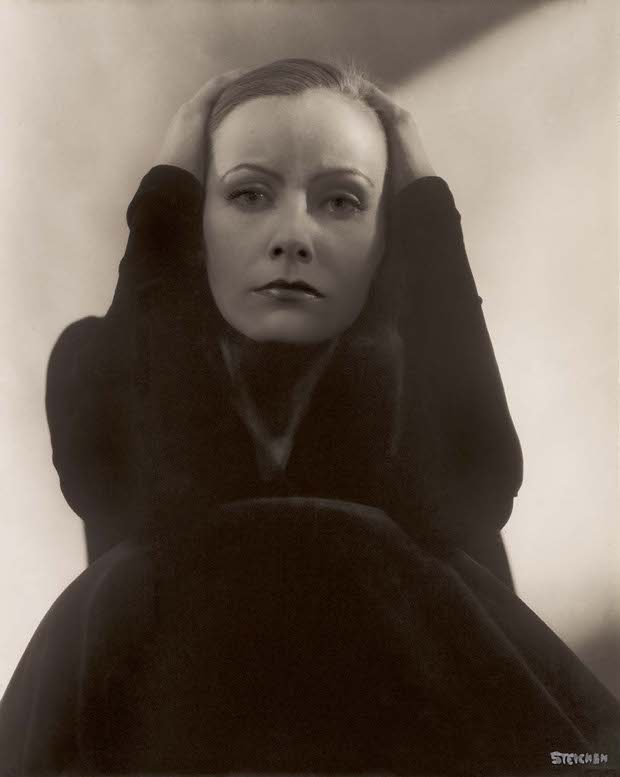 In 1961, at the tender age of 14, Stephen Shore took the precocious move of presenting his photographs to Steichen. “To be honest I didn't know any better,” Shore says now. “I called him up and he had a free appointment and he agreed to see me. I was obviously very lucky.” Recognising Shore's talent however, Steichen bought three of his photographs. Shore went on to popularise colour photography as a serious artistic medium fifteen years later, with a colour show at the very same New York institution. It’s a fitting legacy for a man so broad an experience of art history.

For greater insight into Steichen, his predecessor, his contemporaries and those who benefitted from his influence, buy The Photography Book, our definitive overview of the form. To learn more about Stephen Shore take a look at our extensive content and books.