The faked photo - a lesson from history

Faking It, a new show at the Met in New York, tells the pre-Photoshop story of photographic image manipulation

While digital photography and editing software have made us suspicious of any image we see nowadays, the practice of doctoring photographs has actually existed since the medium of photography was invented - as a new show at The Metropolitan Museum of Art will highlight later this year.

Faking It: Manipulated Photography Before Photoshop is the first ever major exhibition devoted to the history of manipulated photography before the digital age. Featuring around 200 photographs created between the 1840s and 1990s in the service of art, politics, news, entertainment, and commerce, it will take a good look at the history of photography and its complex  relationship with the  truth.

The photographs in the exhibition were altered using a variety of techniques, including multiple exposure  combination printing (producing a single print from elements of two or more negatives), photomontage, overpainting, and retouching on the negative or print.  The show is divided into seven sections, taking in early photographers' efforts to compensate for the medium’s technical limitations 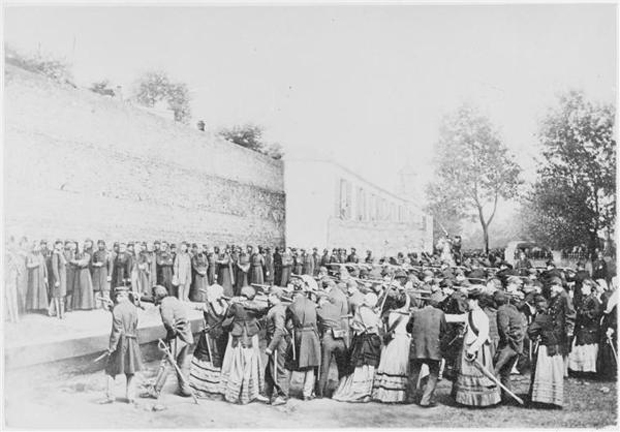 Of particular interest will the “Politics and Persuasion”section which presents photographs that were manipulated for political or ideological ends. It begins with Ernest Eugene Appert’s faked photographs of the 1871 Paris Commune massacres, and continues with images used to foster patriotism, advance racial ideologies, and support or protest totalitarian regimes. Sequences of photographs published in Stalin-era Soviet Russia from which purged Party officials were erased demonstrate the ease with which the historical record could be falsified.

The “Pictures in Print” section meanwhile reveals the ways in which newspapers, magazines, and advertisers have altered, improved, and sometimes fabricated images in their entirety to depict events that never occurred—such as the docking of a zeppelin on the tip of the Empire State Building. Highlights include Erwin Blumenfeld’s famous “Doe Eye” Vogue cover from 1950 and Richard Avedon’s multiple portrait of Audrey Hepburn from 1967. “Mind’s Eye” features works from the 1920s through 1940s by such artists as Herbert Bayer, Maurice Tabard, Dora Maar, Clarence John Laughlin, and Grete Stern, who used photography to evoke subjective states of mind, conjuring dreamlike scenarios and surreal imaginary worlds. 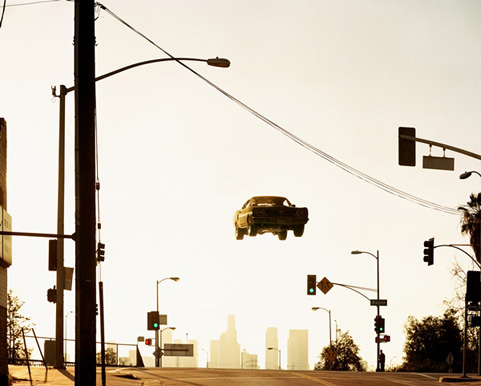 The final section, “Protoshop,” presents photographs from the second half of the 20th century by Yves Klein, John Baldessari, Duane Michals, Jerry Uelsmann, and other artists who have adapted earlier techniques of image manipulation—such as spirit photography or news photo retouching—to create works that self-consciously question photography’s presumed objectivity.   The show was put together by Mia Fineman, Assistant Curator in the Department of Photographs. It opens on October 11 and runs until January 27, 2013.