In 2007, a cache of over 150,000 negatives was discovered in an abandoned storage locker in Chicago. They revealed an extraordinary body of street photography – startling black and white images that immediately drew comparisons to twentieth century giants Lee Friedlander and Diane Arbus. Only a fraction of the negatives have been developed, but they have already positioned the hitherto unknown Vivian Maier at the heart of any history of American street photography. 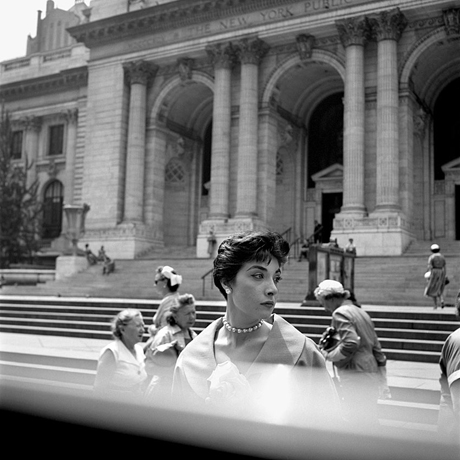 Very little is known about Maier. She was French, but lived in the United States for most of her life. She worked as a nanny, mostly in Chicago. Her former wards have described her as kind, intelligent, and rarely without her camera. Despite building an impressive body of work over several decades, Maier was not known as a photographer in her lifetime. Even more astonishingly, she developed very few of her photographs, and printed even fewer.

Maier died in 2009, leaving behind no family and very little biography. The question of who controls her estate is complex; several parties purchased the warehouse negatives at auction, and in the absence of any family, act as guardians of Maier’s work. But there is no doubting the level of posthumous interest. In January of this year alone, her work was the subject of three simultaneous exhibitions, two in New York (at Steven Kasher and Howard Greenberg Gallery) and one in Los Angeles (at Merry Karnowsky Gallery). A book of her photographs was published last year; a second book and a documentary film are currently in the works. 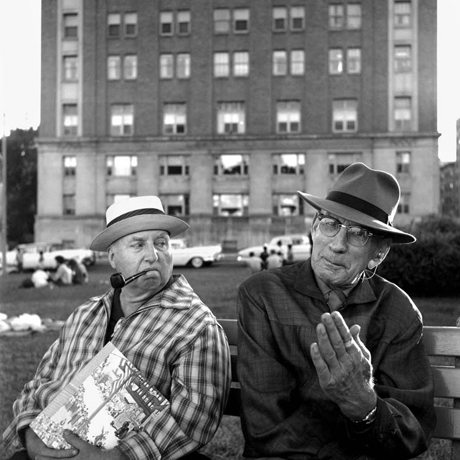 Maier’s photography comprises portraits of individuals and crowds, images that document the texture of the period, from the architecture to the fashion of the street. They seek out private moments fleetingly staged in public – a couple embracing, a sleeping infant, a squabble between two men. The photographs exhibit particular tenderness toward children, toward the poor and the disenfranchised; equally, Maier’s satirical eye for detail is often in evidence in her snatched portraits of high society life.

Perhaps because so little is known about Maier, her self-portraits are especially intriguing. Maier often photographed herself as partially obscured, hazily reflected in a mirror or street window, or reduced to a blacked out shadow. In some portraits, her self-image is fractured by way of mirror reflection, giving the photographs an unexpected psychological intensity. In these images, she is almost always with her camera, the apparatus being both a way of seeing, and a form of self-defense. 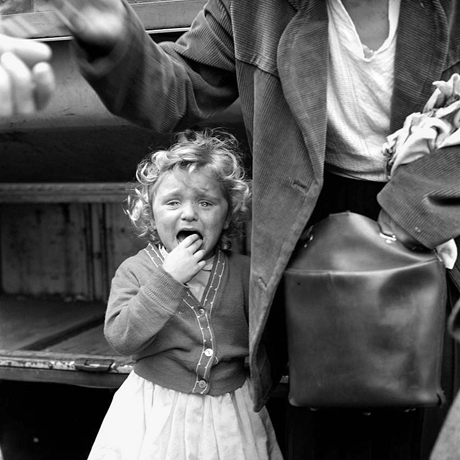 There remain tens of thousands of negatives to be developed, which may illustrate distinct periods or developments in her work. But even from the available photographs, one prevailing aspect of Maier seems clear. The consummate outsider, she possessed an essentially democratic eye; people from all walks of life were, to her camera, worthy of notice. Ultimately, that egalitarian instinct is perhaps the best evidence of the character of this woman unknown.

Vivian Maier's photographs are on show at Steven Kasher Gallery in New York until February 25.