On his birthday, why we should regard the author’s photos not as cultural curios, but as Victorian artworld artifacts

Some of the contributors in The Photography Book are better known for other achievements. Neil Armstrong’s 1969 image of Buzz Aldrin on the Moon is notable, but Armstrong is remembered not as an image maker but the first man on the moon. Something similar could be said for the US conceptual artist John Baldessari or the Vienna Actionist Gunter Brus - both artists first and photographers second.

The photography of 19th century author and mathematician Charles Lutwidge Dodgson also falls into this category. Born on this day, 27 January, 1832 Dodgson, better known by his pen name Lewis Carroll, famous for his children’s books Alice in Wonderland and Alice Through the Looking Glass. 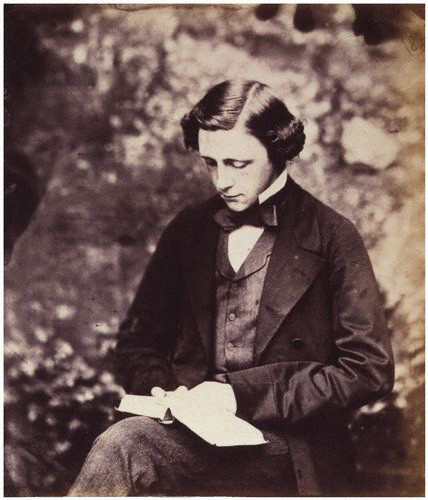 However, we should not regard Carroll’s photography as mere cultural gewgaws. He was also an early pioneer of the medium, and is rightly regarded as a significant figure within the Victorian art world.

As Jason Rosenfeld, author of our John Everett Millais book, makes clear, Caroll was on good terms with the Pre-Raphaelite painter and other artistic figures of his day, including John Ruskin. Carroll photographed Millais’ daughters on a number of occasions; one of these images is reproduced in the Photography Book.

Carroll favoured child subjects, “especially girls,” writes Ian Jeffrey in the Photography Book. The author photographed them “in his rooms at Christ Church [Carroll’s Oxford college] and in the gardens of friends. They were often photographed nude or in costume and were specially posed.”

Today, these images may look troubling, yet we should remember, as Jeffrey points out, that “children featured greatly in the art of the Pre-Raphaelite painters like Millais, often with respect to harsh and tragic times ahead: illness and the torments of love.” 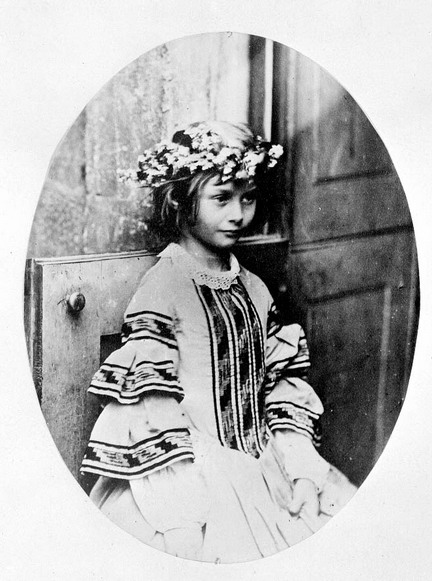 Alice Liddell as 'The Queen of May by Lewis Carroll, c. 1860

Once this is clear, we can perhaps regard Carroll’s stylized, whimsical pictures as part of Britain’s artistic tradition, just as his books form part of the country’s literary tradition. Indeed, the photos, which include portraits of Alice Liddell, upon whom Carroll based his fictional Alice, enable us to picture the child-like world the author captured so well in his books.

For greater insight into the Pre-Raphaelites, buy this book; for more on Millais get this title; and for more on Carroll’s place within photography order a copy of The Photography Book here.