We think of Bruce Nauman as a consummate contemporary artist, known for his sculpture, performance, sound, video and installations. Yet some of his best-known, earliest and most challenging works are, at least in some sense, photographs.

Self-Portrait as a Fountain, shot in 1966 and published in his 1970 collection Eleven Color Photographs 1966-7/70, isn’t a staggeringly beautiful or complicated photographic composition. However, the uncanny mix of performance, sculpture, photography and concept art pushed the simple taking of pictures forward.

“Nauman’s ambition, formed early on in his career, was to make things charged with personal meaning," says Ian Jeffrey the author of our newly updated overview The Photography Book. "This literally meant using his own body in photographically recorded performances." 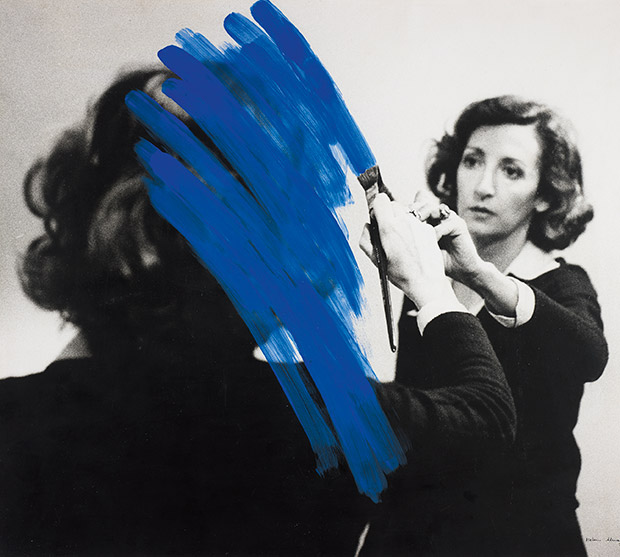 Inhabited Painting (1975) by Helen Almedia. From The Photography Book

Indeed, this lack of formal artistry only furthered Nauman’s ambitions. “Nauman was fascinated by the straightforward objects and ideas which might be exhibited and even accepted as art,” explains Jeffrey. “Partly because of Nauman’s example, photography and sculpture began to draw closer together.” In a single, simple snap, his performance becomes a sculpture, a photograph and a work of concept art.

Indeed, Self-Portrait as a Fountain is just one example of how fine-art practitioners, through naïve instinct rather than technical excellence, have moved photography forward.

“Artists like Bruce Nauman don’t think of themselves as photographers,” Jeffrey told Phaidon.com last week. “He and other artists like Helena Almedia use their photographs to record something, often a performance, that’s taken place in another venue. It takes place somewhere else, and because they don’t worry about this too much, they take pictures that are unusual and they aren’t so clichéd as practiced photographers.” 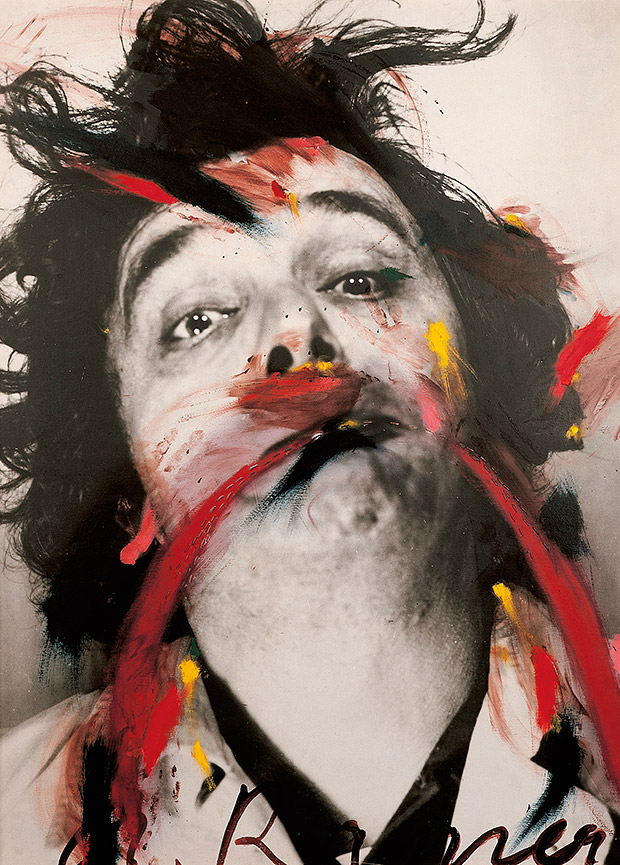 Angst (Portrait of the Artist) (1971) by Arnulf Rainer. From The Photography Book

By way of example, Jeffrey refers to the Austrian painter, Arnulf Rainer’s splattered photo booth shot from 1971. “You get new inputs into photography from people like that,” says Jeffrey. “That’s how it works. I don’t think they intend to be photographers, and so they break the mould.”

You can gain a richer understanding of photography through the ages by ordering a copy of The Photography Book here. Along with our other Frieze-related books, is 20% off until this Sunday (October 19). And while you're here you might like to check out our series Photos that changed the world, based on photographic choices made by Ian Jeffrey.

Meanwhile, for greater insight into Bruce Nauman, buy our brilliant overview which, like our other Frieze-related books, is also 20% off until this Sunday (October 19).