Hiroshi Sugimoto creates his own museum

Plenty of architects have enjoyed museum retrospectives, yet how many fine artists have designed museums? Too few, if Japanese photographer Hiroshi Sugimoto is anything to go by.

Sugimoto is best known for his beautifully composed, long-exposure shots of seascapes and structures, images that, as Ian Jeffrey puts it in The Photography Book, “secure an abstract trace of something notoriously animated and restless." However, he also founded an architectural practice some years ago, having grown frustrated with the lack of suitably serene gallery spaces around the world.

Sugimoto even went as far as publishing his own global guide to galleries and museums, ranking institutions according to their architectural merits; Peter Zumthor’s simple, paired-back Kunsthaus Bregenz in Austria received full marks, structures by Daniel Libeskind and OMA fared less well. Sugimoto called OMA's Seoul Leeum Samsung Museum of Art "The worst space I ever encountered" and complained that Libeskind's addition to Toronto's Royal Ontario Museum had "no wall on which to hang my art". Now, the photographer has designed his own museum, due to open in Sagami Bay in eastern Japan in 2017. 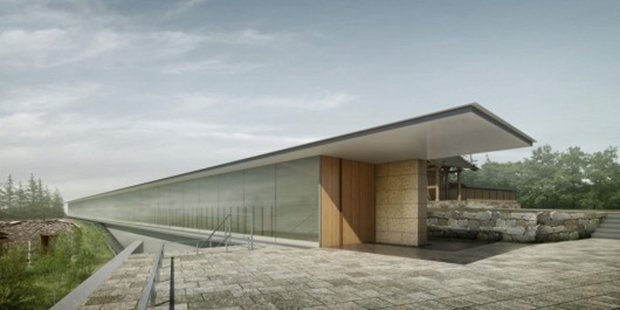 The 9,500 square-metre site is a short train ride from Tokyo and lies between the Hakone Mountains and the sea. It is a place “of great unspoiled natural beauty,” according to the Odawara Art Foundation, Sugimoto’s own non-profit organization.

The artist plans to install the Odawara Art Foundation's Enoura complex here, featuring a minimalist exhibition space, a teahouse and an outdoor Noh theatre. Sugimoto will install a 15th century gate at the museum’s entrance, and build a 70-metre long tunnel, through which the sunrise will be visible on the winter solstice each year. He likens the designs to a land art work, but also says the complex will call forth “memories of ancient culture of the human civilization.” 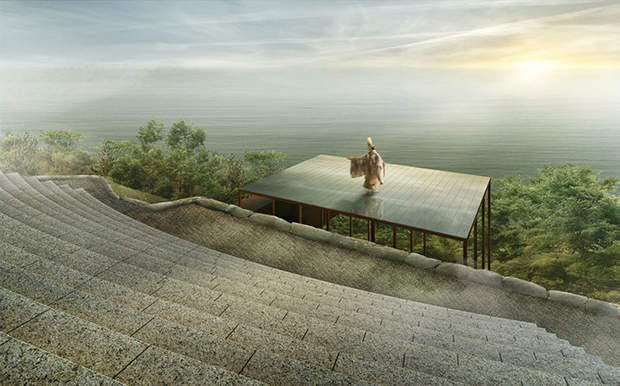 For a greater understanding of Sugimoto’s place within his best-known medium buy a copy of The Photography Book; his work is also featured in Shooting Space and for more insight into impressive contemporary building projects sign up for The Phaidon Atlas; and if you’re planning a trip to Tokyo, don’t forget your Wallpaper* City Guide.